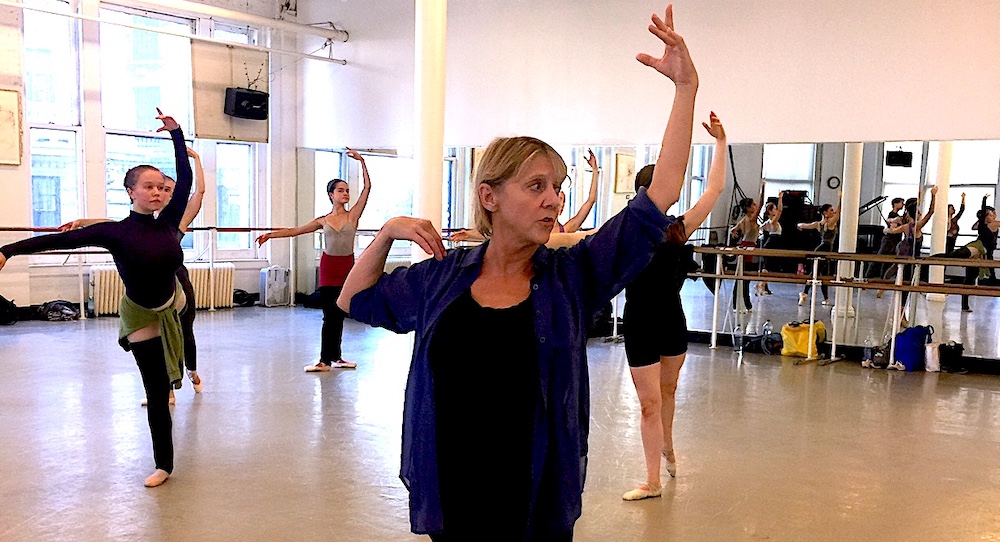 We are dancers. Maybe we’re born that way, maybe we fall into the art form and it becomes our passion. And with hard work, dedication and training, we can make a life of dance for ourselves. But what else does it take? What else makes us a dancer? For most of us, we wouldn’t be who we are as a dancer without some super inspiring teachers who have guided us somewhere along our path.

In this series, Spotlight on the Teacher, Dance Informa will look at some influential dance teachers – where they came from, how their teaching style has developed and what they hope students get out of their classes. First up is ballet teacher Ginger Thatcher, who has choreographed dozens of works for theater, television, film and concert dance. She currently teaches open ballet classes in New York City at Steps on Broadway, Ballet Academy East, the new RIOULT Dance Center and more.

What’s your dance background in terms of training and any professional experience? 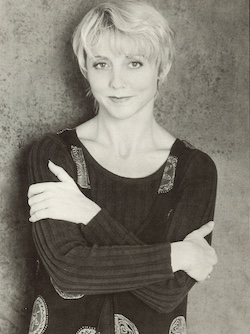 “I am a Navy Military child, so my family moved every two to three years. I am still amazed that I was able to receive the training that I did growing up. I began my training while in California, with my first teacher, Milada Miladova, from the Kirov Ballet, with Vagonova technique. Moving to Pensacola, Florida, I assumed that was the end of my training but pleasantly found a wonderful teacher with Marion Venable Close, the founder of the National Ballet in Washington, D.C., and a former dancer with Joffrey Ballet, Bernadette Clements. It was Bernadette who ultimately was the reason I received a scholarship to the Joffrey Ballet School in NYC when she hosted a Joffrey Workshop with Meredith Bayliss and Dorothy Lister.

I then became an apprentice with Houston Ballet and then encountered the R.A.D training of The Royal Ballet, which is quite different from the Vagonova technique I knew. Joining Cleveland Ballet under Ernie Horvath and Dennis Nahat, I again encountered a different approach with two amazing teachers with the school, Nicole Sawinska and Daniel Job, who were from the Paris Opera background of training.  Two other teachers, there at the time, Helen Coop, also from The Royal Ballet, and Arnott Mader, were quite influential in my training. Arriving in NYC after dancing with Cleveland Ballet for 11 years, rising to principal, I then joined the Lar Lubovitch Dance Company and began training with Maggie Black, Willie Burmann (who had been our interim Ballet Master while I was with Cleveland) and David Howard. I would have to say that my background is quite eclectic, but while the differences at first drove me bonkers, I now embrace them. They made me much more versatile to do anything.”

When and why did you begin teaching?

“I began teaching while with Cleveland Ballet, as I was the founding co-director of a choreography project called ‘New Steps’, created by myself, Margaret Carlson from Cleveland Ballet and David Shimotakahara from Ohio Ballet. We created a project where dancers from both Ohio Ballet and Cleveland Ballet could create work on one another, and we produced these works in both Cleveland and Akron. So, I began directing, choreographing and teaching pretty much at the same time. We received an Achievement in the Arts Nomination for this project, which I am quite proud of.”

Who and/or what have been your biggest inspirations for your teaching?

“I would like someone to walk out of my class feeling very well placed on their legs, very in touch with their core and their placement, feeling very ‘up’ on their legs, and at the same time feel the freedom of movement that can come from really being in touch with those elements. Working to help people find the technique to understand pirouettes, to approach dance as opposition of energy, physics, basically.”

How would you describe your teaching style?

“A melding of the different teachers has influenced me. I believe the barre must start slow, emphasizing placement of the standing leg, massaging the metatarsals so the feet work like hands, changes of weight emphasizing the hips lengthening to maintain control of the legs, port de bras emphasizing the upper torso being in control of the legs, working the arms from the back with a wide expansive chest. In the center, it is time to re-emphasize the placement and then take it through space. Move! Feeling weight in the transition steps, which help with the suspension steps. Dance. Dance. Dance.”

What do you hope students take away from your class?

“A feeling of exhilaration of finding new ways to approach our nemeses of dance. Pirouettes (definitely one of mine), adagio, jumps, control. Freedom of movement while being completely in control.”

Do you have any key phrases or expressions you often use in your classes? 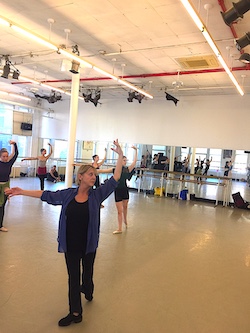 “Placement of weight over the metatarsals, lengthening through the thighs into the hips, while the back lengthens down into the tailbone and up from the scapulae into the arms, opposition of energy in movement, articulation of feet in all aspects of dance. Breathe in the movement, feeling the weight of pliés and transition steps. I want people to walk out saying, ‘Wow, that was hard, so informative, and really wonderful to dance.’”

What do you love most about teaching? And what’s the hardest part about your job?

“I love to have students who are in class, focused and working full out. Absorbing the information and participating in the process. To me, this is what it is all about. And the look of enlightenment on the face of a student who tries what you suggest, and low and behold, it works. Wonderful. Hardest is to teach for those who are basically taking class to be there. Set in what they think is right and ignoring the suggestions. I just leave them alone. They don’t want to know, so that’s sadly okay. But it is a drag on the class.”

What advice do you have for other dance teachers who wish to make an impression on their students?

“Try to approach the class with an open mind in that students are coming from every aspect of life, and try to find the right approach for them. Sometimes what works for one student in how you explain something, may not work for another, even though the goal is the same.”

Ginger Thatcher teaches Mondays, Wednesdays, Saturdays and Sundays at Ballet Academy East, Tuesdays and Thursday mornings at The Rioult Dance Center, and substitutes regularly at Steps on Broadway. Look out for her website, coming on March 4!

Do you have an inspiring teacher you think Dance Informa should spotlight next? Be sure to leave a comment below!