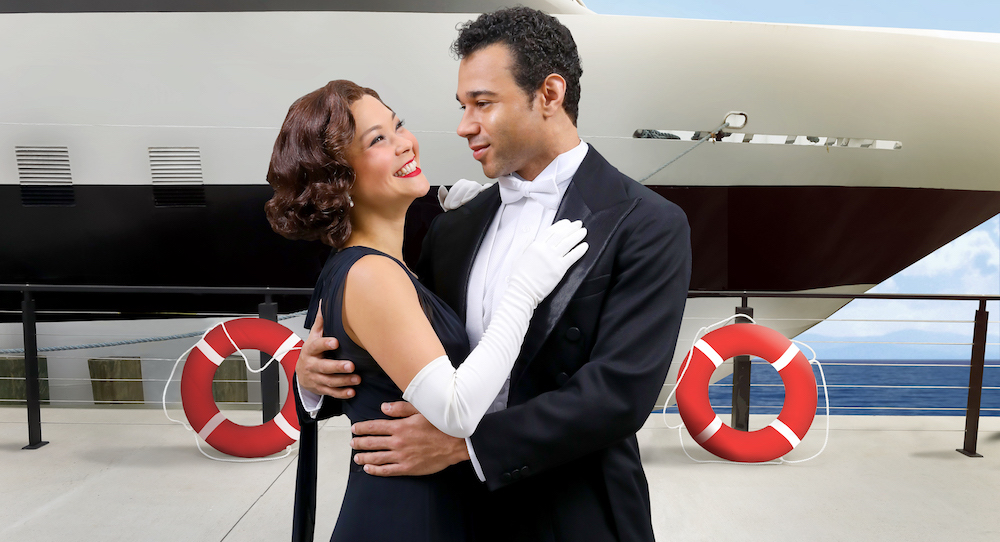 This October, Parker Esse returned to Washington, D.C., to work with the cast of Arena Stage’s upcoming production of Anything Goes, a Cole Porter musical known for its rousing tap numbers. Since his first production with Arena as a performer back in 1991, Esse has become a regular there, choreographing some of their most successful productions, including Oklahoma!, Fiddler on the Roof and Carousel — all in the round. 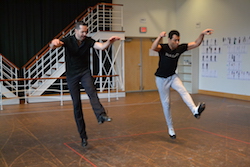 Anything Goes will be his 16th production at Arena, but he still remembers the jitters he had working on his first show there. “I was extremely nervous to tackle an entire show on my own,” he recalls, “and even though there was very little actual choreography, it gave me my first opportunity to step into that world, and I never looked back.”

These days, Esse is a certainly a veteran choreographer, with six Helen Hayes nominations and two wins for Best Choreography to his name. With rehearsals for Anything Goes in full swing, Esse’s days are packed from morning to night, so Dance Informa was grateful for a chance to get his take on his latest venture, hear about his creative process and solicit a little free advice for all the aspiring young artists out there.

Originally from Houston, Texas, Esse got his start in show business at the age of six after following his sister into a children’s musical theater acting troupe. As it turned out, she was not a big fan of the stage, but Esse was in love. He recalls that his parents were going to pull them both out of the program, when he spoke up and said, “Wait, hold on a minute! I love this, and I want to stay!” By nine, he was training with the Houston Ballet Academy and performing in several musicals a year.

At the start of his professional career, Esse was focused solely on performing until he found himself being asked to assist choreographers like Randy Skinner and Baayork Lee, who eventually became his mentor for many years. Looking back on that time, he remembers being cast in Fosse on Broadway as an important turning point in his career. “I was swinging no less than 10 tracks while also assisting and stepping in for the dance captain when needed,” he explains. “Suddenly, my brain was ignited, and I began craving my time on the creative side.” 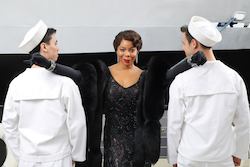 Arena Stage gave him his first credit as a choreographer, and he has been a regular collaborator there ever since.

Anything Goes is a particularly ambitious endeavor, with casting being one of the first hurdles Esse faced. A classic “golden age” musical, the production calls for a large ensemble cast full of hoofers who can pound out a big sound while also belting out those famous Cole Porter tunes. As Esse puts it, “Every member of this show needs to be a true quadruple threat – actor, singer, dancer and comedian!”

Corbin Bleu, perhaps best known for his role in the High School Musical franchise, will be one of the powerhouse performers bringing his quadruple threat skills to the stage in the lead role of Billy Crocker. Fresh from the New York revival of Carmen Jones, Soara-Joye Ross will be making her Arena debut opposite of Crocker in the iconic role of Reno Sweeney.

While on the subject of casting, we couldn’t resist asking Esse if he had any advice for young dancers looking to land their first musical theater gig. He was quick to say he always tells dancers two things: “Keep taking ballet and working on your technique, and I need to see your story through the dance.” Like many choreographers, Esse is looking for balance of strong technical ability and stage presence, and adds that “dancers must be visual storytellers, not just someone going through the motions.” In the end, he maintains that “an amazing storyteller will win out over a technician with no story, every time.”

After casting, the next challenge the Arena production team faced was the need to significantly rework the script. Despite its enduring popularity, Anything Goes can be unsettling for modern audiences and contemporary performers alike due the unfortunate “racial humor” used as comic relief throughout the show. The Arena production team has worked hard to keep the story and energy of the show intact while eliminating the damaging racial stereotypes and tropes upon which some of the humor was based. The goal was to bring the show into a more modern view of the world, and Esse hopes that this effort “will help Anything Goes remain relevant and appealing for future generations.” 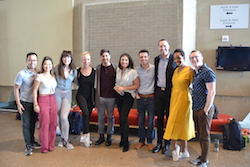 With the pre-production work of casting and reworking the script behind him, Esse is happy to be back in D.C., and finally getting down to the rehearsal process. Whether he is working with a cast of one or 25, Esse says he likes to keep the work environment “positive and productive” so that cast members “can express creative ideas and be heard, while keeping to the task at hand.”

Although he usually comes into rehearsal with choreography laid out beat by beat, he is also open to change. “When I discover something isn’t serving the story or the actors/dancers, I can let go and move on,” he shares. “I think this is the hardest part for a young choreographer to learn; it was for me.” Esse wants aspiring choreographers to know that there are “absolutely no tricks, you can’t cut corners; you have to put in the work and the time.” For him, putting in the time means doing many months of research and pre-production work before he steps foot in the studio with the cast.

All that work is set to pay off soon when Anything Goes premieres at The Mead Center in D.C. this month. According to Esse, there has not been a “tap show” in the Fichandler Theater in 20 years, and he is excited to choreograph that level of sound and energy in the round. More than anything, Esse hopes audiences leave the theater “tapping their feet with a smile on their face.”