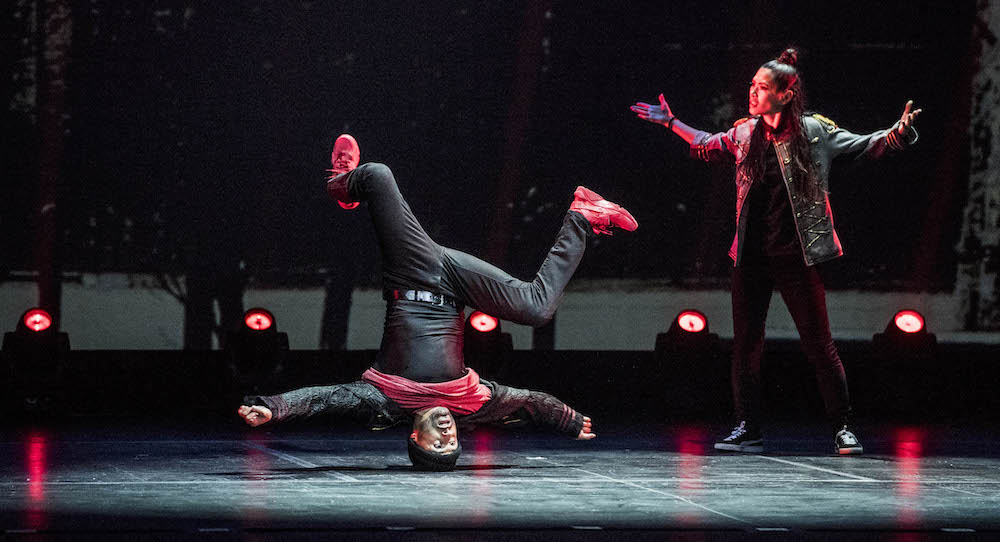 Changing leaves and chilly November days mean Nutcracker season is fast approaching! Most dancers are breaking out their pointe shoes, and thoughts of sugar plums and tutus fill people’s minds… but this season, The Hip Hop Nutcracker turns the classic on its head, literally! Here, Dance Informa speaks to the director and choreographer of this sensational blend of hip hop and classical music, Jennifer Weber, to learn more. 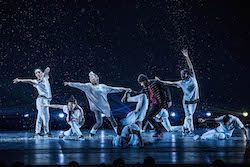 What inspired you to create this work?

“As a choreographer, I have been really interested in bridging genres. At first, it was a super intimidating concept because The Nutcracker is such a huge piece of work and an iconic part of American pop culture. What I really like about The Nutcracker is there is so much storytelling, and that’s also what I really like about hip hop. I was really interested in what would happen if we were trying to tell the classic story with the famous Tchaikovsky score but translating that all into the language of hip hop.”

What were some challenges you faced when first creating this work?

“The biggest challenge is the classical music. As hip hop dancers, we are used to counting in eight-counts and the beat being very predictable. When you get into the classical music throughout The Nutcracker, some of it is in eights, threes, sixes. The music is really challenging, but it’s also what is so inspiring about it. You start to hear different sounds in the music, and then you can pull those out in the way you dance, and in the way you choreograph.” 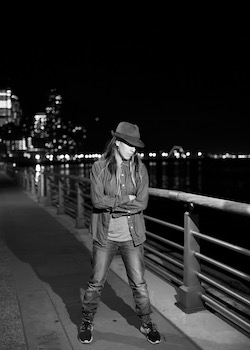 Can you talk about how The Hip Hop Nutcracker is different from the classical version?

We’ve moved the story to present day, New York City. Hip hop as a culture is really based on samples, whether it’s a DJ sampling a beat, or, in our case, we’re sort of sampling classic elements of The Nutcracker. So in our story, you’re still going to see all the things you’re used to seeing — Drosselmeyer, the toys that come to life, you’re going to see the mice battle the soldiers, an epic snowflake ballet, but the vocabulary is super different. You’ll be seeing lots of breaking, locking and popping, all the different kinds of old-school styles.

Kurtis Blow does a set of classic hip hop anthems, and then he has a track he created specifically for the show, which is sort of a bridge between old-school hip hop and the ballet itself. Throughout the piece, we have a DJ and an electric violinist, and they do some specific remixes of the tracks. We use those to signify when we’re changing location within the show.” 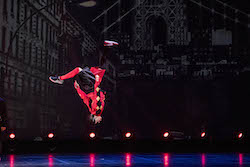 Since this is a different kind of Nutcracker, what can the audience expect when coming to the show?

“The audience is usually really loud, and it’s amazing! Kurtis [Blow] usually gets the audience really hyped during his set. Everyone is standing and screaming, then we sort of sneak in the classical music, and the audience is just as into the classical as they were the hip hop. It’s like they don’t even realize that we’ve gone from hip hop to classical because the energy stays the same throughout the whole piece. That’s one of the things I really love as a choreographer. I’m not in the show, but sometimes I get to watch from the audience, and just feeling their energy is incredible.” 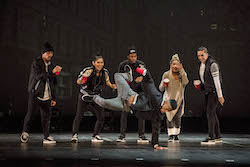 What do you want audiences to take away from this show?

“This is a show for everyone. We have the most diverse audience you’ve ever seen — everything from families with kids, grandparents, to hip hop heads, every age, every race. It’s one of those shows that brings people together, and I think that is the most important message of the show: if you can bring hip hop and classical music together, you can bring anything together. I think that is really the spirit of the holiday season.”

Don’t miss your chance to experience The Hip Hop Nutcracker, coming to a city near you. More details at hiphopnutcracker.com.