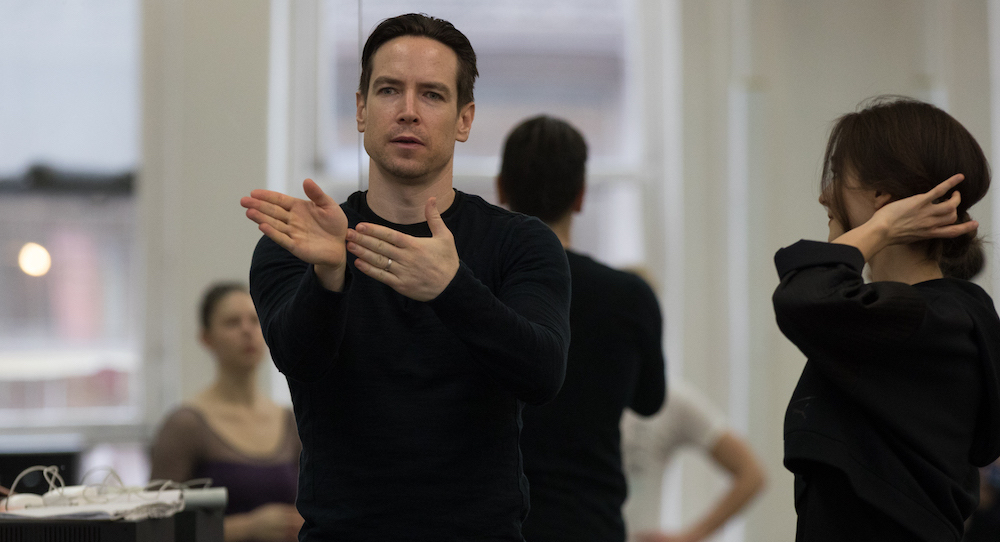 Sascha Radetsky shot into the national consciousness in 2000, when he played one of the charismatic yet contemplative lead roles in the movie Center Stage. (We know you want to go watch it right now. We’ll wait for you to get back.) 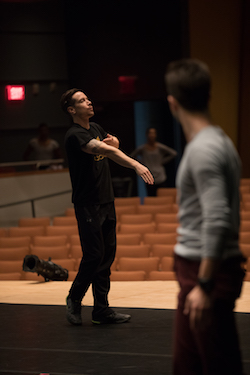 He has been in the spotlight for a long time, sharing his incredible artistry and technical achievements with us as an audience for nearly 20 years at American Ballet Theatre (ABT), for two years as principal at Dutch National Ballet, guesting with major companies all over the world and in a handful of other stints in front of the camera. He has also been passing on his incredible artistry and technical achievements for years, having taught all across the U.S. at studios, companies and universities, shared his insights through articles in far-reaching publications such as Vogue and Newsweek, and has taken on major administrative/artistic ventures as director of the ABT/NYU Master’s in Ballet Pedagogy Program and as ballet master for ABT Studio Company.

Radetsky began his career at ABT through the Studio Company, which was formed in its current iteration that same year in 1995. Coming full circle, after serving as its ballet master for two years, Radetsky has now taken on the role of ABT Studio Company’s Artistic Director. Alongside him will be Claire Florian as Studio Company’s managing director and Petrusjka Broholm, Danish teacher and répétiteur, as the new ballet mistress.

Dance Informa had the privilege of asking Radetsky a few questions about his plans for the young and talented group. 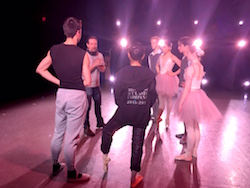 The Studio Company ideally helps its dancers develop as artists and become ready for the main company. What’s a bit of advice in this vein that you plan to share with them this season to help inspire that development?

“I don’t think the formula to becoming a successful professional dancer is any secret; there’s no esoteric wisdom I can offer. There are only the principles of dedication, discipline, intellectual curiosity and kindness toward others.”

These dancers are still quite young, so their bodies are still growing as they move into adulthood. What are you and the Studio Company currently offering or implementing to help the dancers maintain and improve wellness for career longevity? 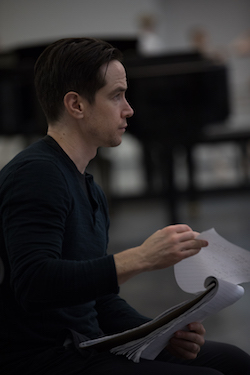 “An elite, experienced team of health professionals trains and closely monitors the Studio Company. Among them are an orthopedic physician, a nutritionist, physical therapists, Pilates instructors and strength coaches. Our dancers receive comprehensive health screenings and physical therapy sessions, and take Pilates and conditioning classes several times per week. A social worker is also on hand to address any non-physical issues. Our dancers’ wellbeing is always our highest priority.”

There have been some recent upsets with choreographic announcements regarding the diminishment of female choreographers in particular. Do you think that the Studio Company is a platform within which these things can be addressed and where you feel you have the freedom to bring in more diverse choreographers? 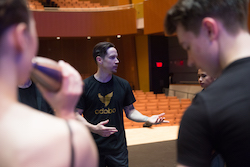 “As part of ABT’s Women’s Movement initiative, the Studio Company commissions at least one ballet per season from a woman choreographer. Two years ago, Dana Genshaft made a beautiful piece for us; last year, Jessica Lang and Lauren Lovette each created fantastic new ballets (Lauren’s piece, Le Jeune, has been added to ABT’s upcoming Koch Season repertoire). This year, Claudia Schreirer and Stefanie Batten Bland will choreograph for us. We also await the results of ABT’s INCUBATOR project, which could deliver us still another female choreographer.”

Which choreographers are on the lineup for the coming season? 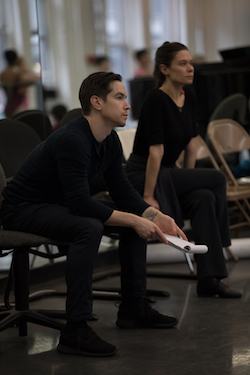 “The ink isn’t dry on a few contracts, so I can’t list everyone. But for now, I can proudly say we’ll perform works by Claudia Schreirer, Stefanie Batten Bland, Ma Cong, Ethan Stiefel, Lauren Lovette, George Balanchine and several other heavy hitters.”

What is one new thing or one big update you plan to implement at the Studio Company?

“Mandatory daily Center Stage viewings, of course. Kidding! Ideally, I’d like our dancers to emerge from the Studio Company with a sense of the big picture, of the greater good. I want them to not only be successful in dance but in life, to be extraordinary artists and equally extraordinary citizens, to strive toward something more profound than applause. Not that this is a change, as my predecessor embodied these virtues herself.”

Last but not least, any plans to return to the silver screen?!

For more information on the ABT Studio Company, visit www.abt.org/training/dancer-training/abt-studio-company.