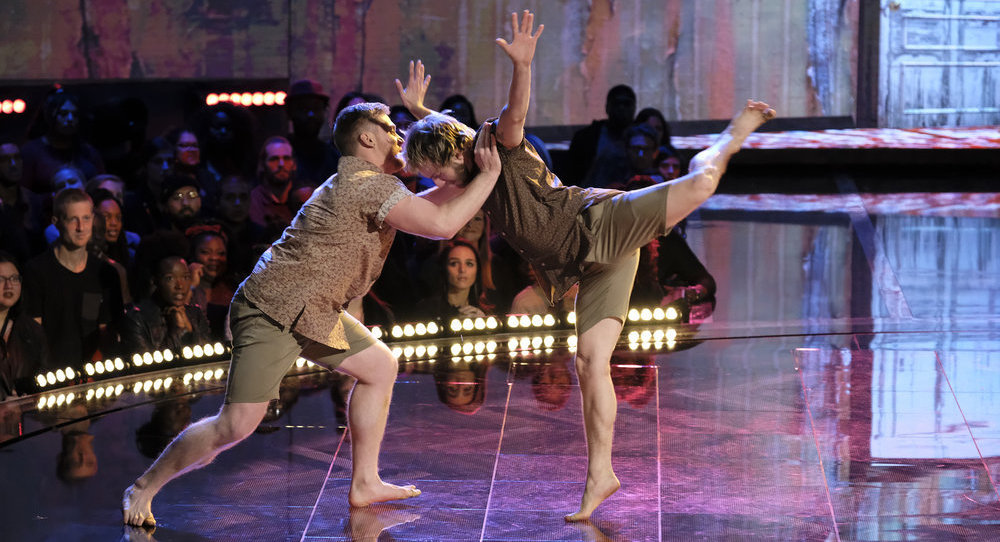 The biggest dance competition in the world, World of Dance, continued to amaze as more dancers took the stage. The fight to win the title of “World’s Best Dancer” intensified as the Qualifier round continued, and each routine came with its own special flare in hopes of battling it out in the Duels with other great talent. 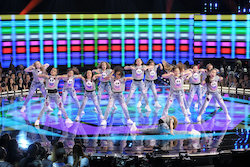 Cubcakes Dance Crew were first to hit the stage with a hip hop routine that was explosive from the very beginning. This tiny, cute but fierce group came with the goal to win as they served face along with personality throughout their performance. While highlighting everyone’s strengths within the group, Cubcakes’ movement popped from one transition to the next as they delivered strong yet clean movement with entertainment quality to match. Along with their show-stopping personality, Cubcake’s stunts were executed fearlessly, and they showed the makings of a really great dance crew going forward. With a score of 83.0, they are on to the Duels to face off with best of the best.

Back again and ready to tackle the critiques from last season were Luka and Jenalyn. They started their routine subtly with great musicality and isolation through each movement. With a buffet of dance styles intertwined into their performance, Luka and Jenalyn showed the maturity and growth in their partnering style, while bringing even more of the death-defying partnering stunts that the judges loved from last season. Their chemistry was undeniable and even stronger compared to last season, and they came with a mission to make it all the way through the competition. Applying the critiques from the judges and incorporating more dancing into their routine proved to be the key to getting them through to the Duels after scoring an 87.0. 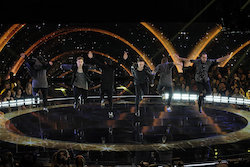 The Jam Project graced the World of Dance stage next in hopes of tapping their way into the judges’ hearts and hopefully into the Duel round. The Jam Project brought a more edgy feel to tap with a mission to prove that tap dancing is not a dying artform. Their synchronicity was great juxtaposed with the music, as well as some great transitions to match. The Jam Project made great use of the stage, bringing the audience into their world. They showed great stage presence and interaction with one another throughout their routine, and their counterrhythms were the icing on the cake for this performance. The Jam Project tapped their way into the Duels with a score of 83.0 and promise to bring even more great rhythms.

Bringing a different take on contemporary partnering was the male duo marInspired. They danced both powerfully and gracefully in their routine, with a well-thought-out storyline and technique to back it up. Throughout their performance, marInspired delivered a portrayal of a relationship and broke the mold of contemporary partnering. Their routine was beautiful because of the lack of cleanliness, making it one to remember. After receiving a standing ovation from J-Lo and scoring 91.3, marInspired will get to continue to break barriers in the Duels. 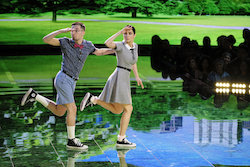 Directly from Estonia, Alisa and Joseph took the World of Dance stage next, bringing “Keone and Mari” vibes with their urban dance routine. Although it was their first time dancing in any competition, this duo made a great mark in the competition with adorable characterization as soon as they walked on stage. Alisa and Joseph showed great isolations and popping, along with locking, and were entertaining throughout their performance, which was made evident as they kept the audience and judges engaged and giggling at certain points. Their musicality was given approval as the audience clapped along with the music and their personalities matched not only as dancers but as a real life couple as well. After scoring a 90.7, Alisa and Joseph can live up to the compliment of dancing similarly to Keone and Mari in the Duel round. 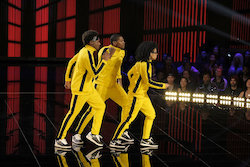 Dragon House brought their animation style to the mix with a Kill Bill-themed performance. They brought a different feel to animation with their mixture of movements and theatrics and presented a great storyline. Dragon House brought unusual visuals to the World of Dance stage that set them apart from the other groups. They were in sync with one another throughout their performance and offered robotic yet smooth movements, which intertwined perfectly together. Even though they are a well-known group, Dragon House was challenged by the judges to do even more. They just scraped by scoring 80.0 and will be able to bring justice to their name in the Duels. 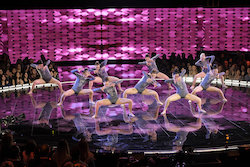 Next to the World of Dance stage was Quad Squad, and their name suited their mission and message to young women and girls who dance. With the mission to prove that it’s okay to be strong and be a dancer, Quad Squad gave a different take on contemporary dance with their music choice, as well as the movements to accompany it. The formations were picturesque throughout their performance, and their transitions were seamless. Quad Squad was great with highlighting each member’s strengths, and they danced as one powerhouse. Their routine was unique in its own way, and the technique was off the charts. Quad Squad left the judges wanting to see more and powered their way in to the Duel round.

World of Dance will have a two-night event next, with Tuesday being the last round of the Qualifiers and Wednesday starting the Duels. You won’t want to miss it!