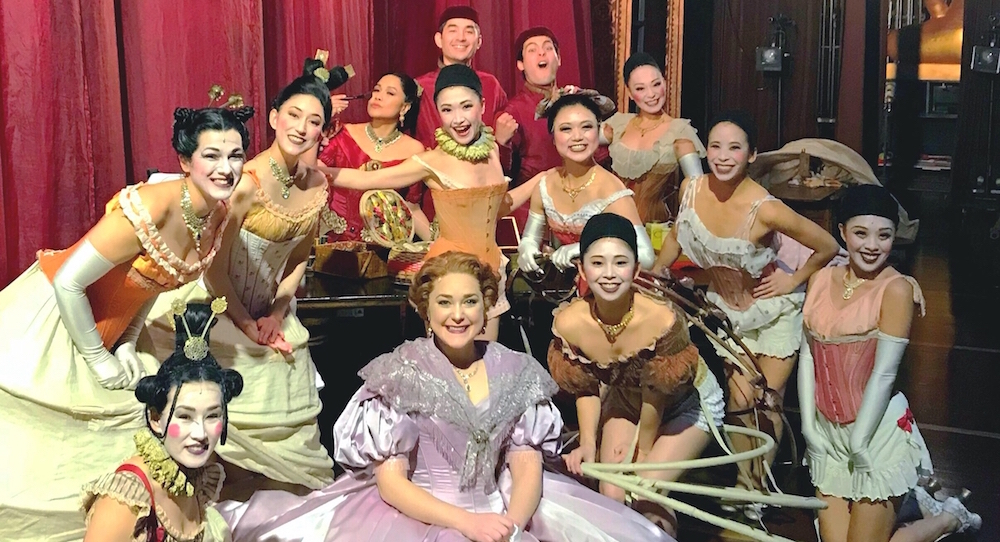 Saki Masuda is dreaming. Or she swears she must be, anyway. Years ago, as an aspiring dancer in Japan, just learning to turn out and tendu in her first ballet class, Masuda could never have imagined that she would someday find herself traversing a distant continent in a critically acclaimed musical. But in her role as a Royal Court Dancer in the touring revival of The King and I, thus is her unreal reality today. 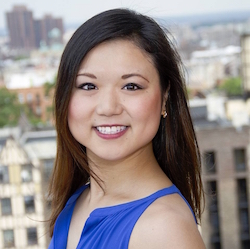 Of course, Masuda’s success didn’t happen over night. She is a diligent, determined worker, and her resume shows it. Since arriving in New York City 12 years ago, she has performed with well-established local groups such as Heidi Latsky Dance, General Mischief Dance Theatre and Nai Ni Chen Dance Company. She has also been featured in regional productions of Cats and The King and I, and has appeared as a guest artist in numerous smaller-scale projects throughout the New York tri-state area.

Last month, Dance Informa caught up with Masuda for a quick Q&A before she hit the road for another round of shows. Read on for more of her story and an insider’s take on the tour life.

When did you begin dancing, and what made you want to start? 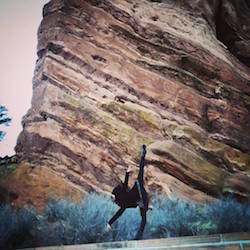 Saki Masuda on ‘The King and I’ tour in Colorado. Photo by Judee Lopez.

“I stared dancing when I was four years old. My parents brought me to see the musical Peter Pan, and I fell in love with dancing, singing and everything. I told my mom that I wanted to do it, and she took me to a ballet studio in Osaka, Japan, where I lived at that time. When my family moved to Nara a few years later, I found a ballet studio there, and that’s when I started training seriously — five, six times a week. They had a recital once a year, and I remember I was so excited to perform every time. I also loved practicing. I haven’t stopped dancing since then.”

When did you know that you wanted to dance professionally?

“I don’t really remember when. I just loved dancing and performing so much that I knew it was what I wanted to do for the rest of my life. It happened so naturally.”

When did you move to the U.S.? Was it hard to leave your family and travel around the globe? 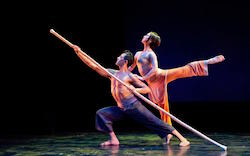 “I moved to New York in 2006. I started in the international student visa program at Steps on Broadway. I’ve never lived away from my family before, so it was big adventure for me. Also, I didn’t speak English well then. I don’t know how I survived it, but I remember that I tried so hard to watch and copy what teachers were doing. Still learning!”

What was your first dance job in the U.S.?

“After I got my O-1 visa (for artists), I booked the musical Cats as Victoria, the white cat, at the Palace Theatre, in New Hampshire. I’d seen the Japanese version of Cats but had never seen the Broadway production, and had never really sung in English… So many words to remember. My brain was exploding, but it was a dream come true!” 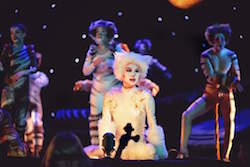 Who have you most enjoyed working with as a dancer?

“So many people! I love everyone I have worked with, and I enjoy working with different people because I get to learn things I don’t know or haven’t done. It’s so hard to pick only one, but Debbie Roshe has always been special for me. She is a jazz dance teacher at Steps, and I’ve been her assistant for over 10 years. She is my mentor and one of the reasons that I stayed in the U.S.”

What was the audition process like for The King and I?

“I auditioned for this show for over two years, since the first time they held an audition for the Lincoln Center production [which ran from March 2015 to June 2016]. I even got cut right away the very first time. Never give up!” 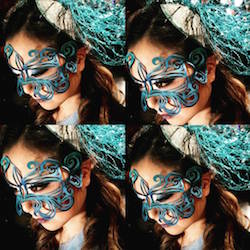 When did you first go on tour with The King and I, and what was the experience like?

“I joined the tour as a replacement when the show was in D.C. My debut was at the Kennedy Center! I had only one rehearsal with everybody before my first show, so I was extra nervous and focused on not hitting anyone. I felt really supported by the whole company. It was really overwhelming and unforgettable!”

What is the tour life like? What are the hardest and the best parts?

“We usually perform for a week in each city. We travel on our days off, so we don’t have a break, basically. Sometimes when we perform for two weeks or more in the same city, we get a whole day off to rest, which we really appreciate. Keeping our bodies healthy is very hard but important. 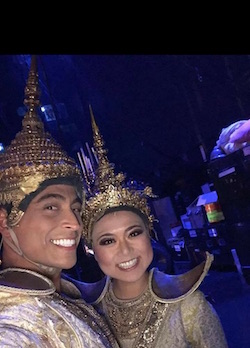 Saki Masuda backstage during ‘The King and I’. Photo courtesy of Masuda.

The most fun part of being on tour is getting to see all of America. I get to explore each city — museums, parks, gardens, food. Also, some other castmates and I are always searching for ballet studios so that we can try to take classes in each city. It’s fun to get connected with new teachers. The company has become a big family. They’re a huge part of my life.”

Do you have any funny stories to share from your time on the road or backstage?

“We laugh all the time backstage. Everyone is very funny! In performance, I’ve fallen down right on center stage a couple of times!”

What is your dream dance job?

The tour schedule for The King and I is available at thekinganditour.com.