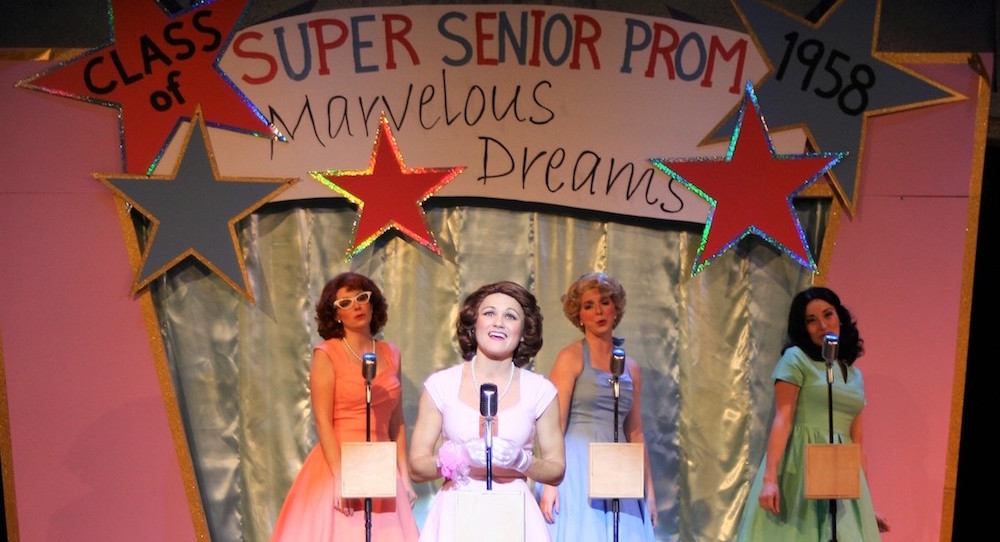 Northeast Florida got a taste of a bygone era in Alhambra Theatre & Dining’s latest production of The Marvelous Wonderettes. The off-Broadway “jukebox musical”, written by Roger Bean, was locally produced and directed by Jacksonville staple Tod Booth. It featured four female cast members – Erica Lustig as Missy Miller, Juliana Davis as Cindy Lou Huffington, Kayla Thomas as Betty Jean Reynolds and Lindsay Nantz as Suzy Simpson. These ladies took us from the times of crinoline skirts and pearls to those of go-go boots and big dangling earrings, delightfully performing a nostalgic soundtrack of classic chart-toppers such as “Mr. Sandman”, “Lollipop”, “Stupid Cupid”, “It’s My Party” and “Respect”. 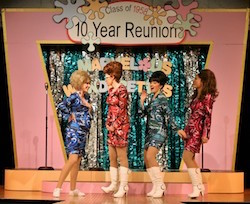 The Marvelous Wonderettes at the Alhambra. Photo courtesy of Alhambra Theatre & Dining.

Act I takes place in 1958, at the Springfield High “Super Senior Prom”, where The Marvelous Wonderettes – a singing group comprised of the four high school girls – has been asked to perform. As it happens, the four friends are also contenders for prom queen, so in addition to performing for their school, they’re subtly competing with one another for the coveted title. This adds a good dose of drama, and all in good fun, the ladies sing through various 1950s Billboard tracks. As Act I progresses, each girl reveals her personal experience with love.

When Act II arrives, it’s clear the ladies are no longer the same young, doe-eyed girls we first met; we’ve been propelled into the 1960s, and the now-adult women are reuniting at their 10-year high school reunion. The Wonderettes have evolved with the times, reflecting how they’re not so naïve on the hardships of love anymore. Through each number, they reveal how the years have changed their perspectives on love. 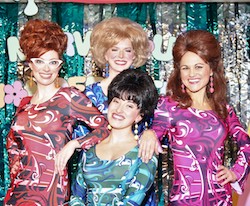 The production had many strengths, from the charming female vocalists to the “marvelous” choreography by Jocelyn Geronimo, a local musical theater and dance teacher. From the opening number of “ Mr. Sandman” to “Thank You and Goodnight/Sincerely”, the cast was engaging, relatable and humorous. The four women did justice to all the classic songs and managed to successfully pay tribute to the female singing groups of the 1950s and ‘60s. They swayed behind their microphones for hours, yet Geronimo’s movement never looked tired.

While their characters had a thinner storyline in this production, each actress managed to still fully develop her unique personality, to director Tod Booth’s credit. The show also enabled them to offer subtle commentary on the sweeping changes to the social norms, particularly for women living in those two decades. 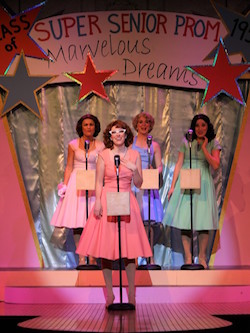 Overall, The Marvelous Wonderettes truly lived up to their name, causing dinner guests to laugh frequently and feel comfortable enough to sometimes sing along. The Alhambra Theatre certainly achieved another smash hit with its audience as it warmed up the cold winter month with a warm walk down memory lane. For those in Jacksonville looking for quality entertainment and a delicious meal, the Alhambra, which is proudly coming off of a record-setting 50th anniversary campaign, can be trusted to provide a top-notch experience.