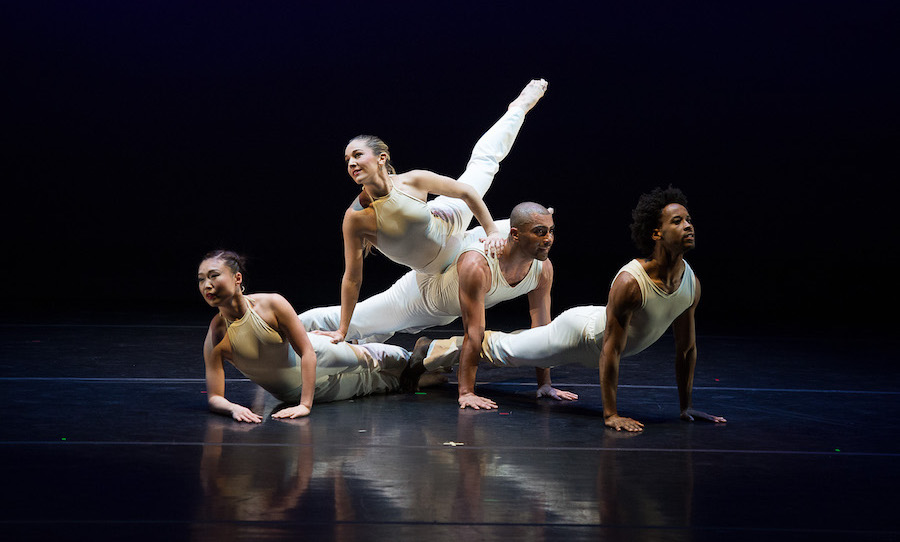 What is it, really, that an artist does? Varying philosophical and experiential viewpoints on that question through the ages abound. Michelangelo, infamous sculptor of the Italian Renaissance, affirmed that he released the life that is already inside of his clay. Choreographer Carolyn Dorfman, in the midst of the 35th anniversary of her company, Carolyn Dorfman Dance, believes she shapes “moving clay”. 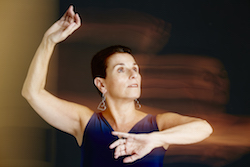 When speaking with Dorfman, she conveys an alternate, although not entirely dissimilar, idea to Michelangelo’s: the most moving, meaningful dance brings out the life that is already in the dancer. In addition to a prolific amount of choreography, Dorfman has taught extensively at sites around the U.S. and abroad. Her performance, teaching and community outreach are supported through the company’s D.E.P.T.H. Initiative (Dance Empowering People To be more Human).

She explains how she trains dancers in three ways: the body, the thinking and feeling being joined with that body, and the part that relates to others. Without this, she says, dance does not offer the full depth of what it can offer; audiences can’t really see, feel and sense the humanity in every dancer. She explains how all of these parts being engaged in creative process is something, along with complete and total presence in creative process, that she seeks to develop in her  dancers – not something she can necessarily find in an audition.

She describes how perhaps largely because of this, her company has received high praise for the strong cohesiveness of the ensemble work. Even in non-unison work, Dorfman’s dancers can breathe and move together in a different kind of unity. She also teaches in large part because it helps her to share herself, she asserted. When it comes to making works of dance art, she does that to create dialogues, and to learn more about herself and the world. 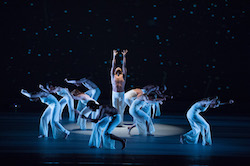 Those motivations, at their core, haven’t changed for 35 years, she affirms. In her work Portrait (1996), for instance, five dancers create a portrait of one woman. This premiered at a time when balance of priorities and roles (in the home, in the family, at work) was a hot topic, and an area of conflict for many women. Through the process of making the work, she describes, she came to see that this conflict doesn’t have to be about balance. Rather, it’s more about finding a “shifting equilibrium within acceptable boundaries,” she says.

For Dorfman, those inner and outer facets require a constant balancing-act in artmaking. If too broad, and without inner depth or specificity, it’s not relatable. Audience members can’t see their own experiences in the art they’re experiencing. It’s possible to go too far in the other direction, however. Too much individualism is anarchy; community bound by ideology dangerous. The delicate balance is what lies in between, she asserts. In her work אַחְ or Echad (“one” in Hebrew) (2002), she shared an idea of the balance between the uniqueness of the individual and the oneness of community as the dancers climbed, descended and wielded a 120-pound, 8-foot diameter aluminum wheel, through dancers rotating as if viewing a panoramic view (inspired from standing on a mountain top).

She says she also makes work in an effort to help audiences learn or see something new, to “shine a light on the human story.” Sometimes what is shown is seemingly mundane, a depiction of everyday life. The inspiration for Sextet, for instance, was Dorfman’s watching people eating in a diner. Different groupings were intriguing to her — the movements and spatial relations of odd-numbered groupings (three versus two, five versus six people eating together) created different energies and feelings, for example. Audiences and critics couldn’t identify this inspiration, but nonetheless enjoyed the movement artistry it generated. 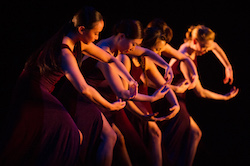 Sometimes the story is bigger and more specific. At a dinner dedication for the Holocaust Memorial Center in Michigan, for example, a speech centering on intergenerational connection — of the past, present, future — made her reflect on her piece Lifeline, with dancers connected through ropes, moving from stage right to left (because time moves in one direction). This conveyed understanding of people moving individually, yet in relation through time, each with differing yet similar challenges. Being a child of Holocaust survivors and immigrants, she was inspired, too, to create Mayne Mentshn (My People) in 2001. Dorfman claims that’s likely her most “specific” work about her Eastern European Jewish roots and family legacy thus far.

Yet critics and audience members affirmed that they didn’t have to be Jewish to identify with it, to see challenges similar to their own within it. The work was universal in its specificity. Here, Dorfman did what she seems to have mastered — to tap into her personal experience, worldview and feelings in speaking to the outer world far above and beyond herself. She professes to want to “change the world” through dance. This starts with her own experience and branches out from there; she works from “the inside out,” she says.

Something more in this broad and universal sense, yet still grounded in specific characters, is Dorfman’s most recent work, Traces (2016), which follows the experiences of different people vertically (through generations) and horizontally (across various aspects of one life) through time. She describes how she wants every piece she does, on a gargantuan philosophical theme or focused on something much more mundane, to be its own “world”, explaining, “The question always is, ‘What kind of world do l want to create?’” 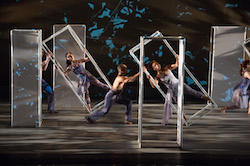 As another larger theme, Dorfman discusses optimism. She is currently creating a new work with Renee Jaworski, co-director of Pilobolus, a former dancer with Dorfman Dance. In their new work, Jaworski and Dorfman ask many questions, including “Is optimism a choice?” Dorfman affirms how the creative life in itself is optimistic, given the challenges of living it in the modern era (or at any time, really), how “against all odds, we choose to create and build.”

Part of what Dorfman has built, in addition to the dance-making and teaching, are international ties. Her company had a three-city performance/residency tour in Bosnia and Herzegovina supported by the U.S. Embassy, and dancers from The National Ballet of Sarajevo visited her company in America to collaborate. To increase impact, Dorfman wants to do more of these longer immersive residency initiatives across the U.S. and globally. All of these initiatives have a supportive base at the New Jersey Performing Arts Center, where the company performs annually and heads the Dance Division of Arts Education.

There, Carolyn Dorfman Dance will have its 35th Anniversary Performance and Gala weekend on April 14-15, 2018. All in attendance can celebrate the life and work of this courageous, insightful artist and woman, and all who have moved through and stood with her through all those years. She’s sparked something within those dancers, as well as audience members, helping us to tap into what was there all along. And many more, and many more.

For more information on Carolyn Dorfman Dance, including upcoming performances this month, as well as the company’s 35th anniversary season in April 2018, visit carolyndorfman.dance.