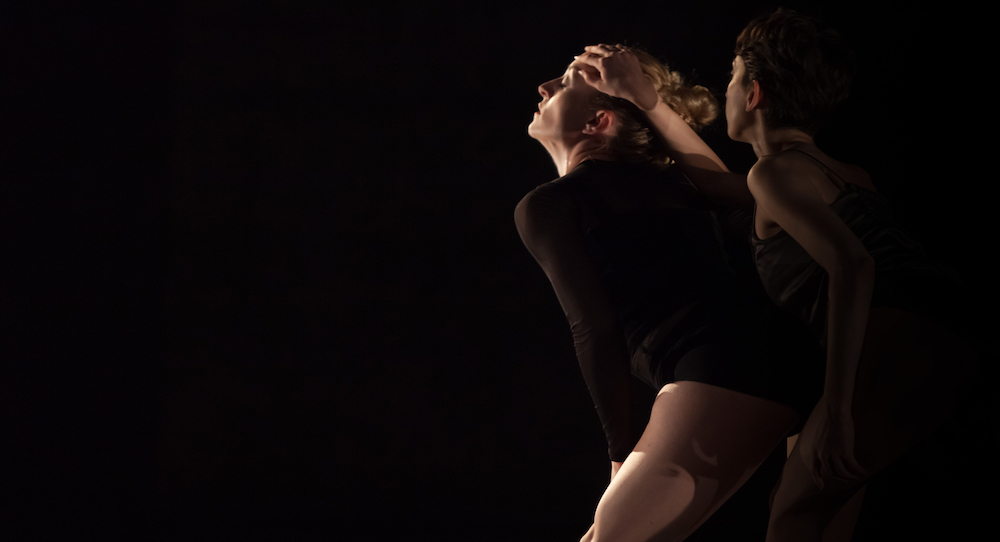 For years, Los Angeles has been a hot bed for commercial dance. Dancers flocked there for work in music videos, television and film work, and live tours. But, more recently, LA has become a place for concert dance as well. Companies like Benjamin Millepied’s L.A. Dance Project and Los Angeles Ballet are thriving, and choreographers such as Aszure Barton and Danielle Agami, former artistic director of Batsheva Dancers Create in Israel, have relocated to the west coast city. 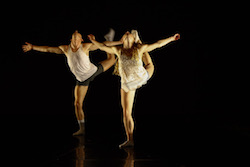 Another company that’s making a name for itself in LA is Clairobscur Dance, led by Laurie Sefton. The company, which was named “Best Contemporary Dance Company Coming into its Own” for 2017 by LA Weekly, gets its name from the French translation of “chiaroscuro”, a 17th century painterly term that means an effect of contrasted light and shadow created by light falling unevenly on an object. As Sefton comments, “Movement is obvious (the light) but also contains a subtext (the shadow), which must be sought out and discerned by both the creator and its spectator.”

Sefton, who grew up in LA but spent some time in NYC, started Clairobscur Dance because she felt that dance has the power to be an action of change. And she chose LA as the home for herself and her company because the city inspired her.

“I feel connected emotionally to the environment and people,” she shares. “Los Angeles feeds my creative voice.”

And she is certainly not alone. Sefton points out that there are over 350 professional non-commercial dance companies in LA, with more popping up each year. “As access to high-quality work expands and new companies continue to open, dancers are choosing to begin their career in Los Angeles over New York,” she says. “The expanding opportunities, paired with the affordable lifestyle of the city, presents an unbeatable combination. Individual dancers have more flexibility in Los Angeles than any other city in the country, as the ecosystem provides multiple performing and teaching opportunities in concert and commercial dance, as well as dance for opera.” 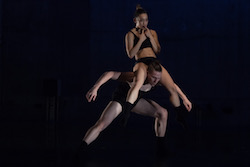 She continues, “In the past three years, most of the new dancers I have hired have chosen LA over New York because they feel there is more opportunity in LA and that the concert dance companies are more accessible than in New York. Since the model of a 40-week contract is almost non-existent, more dancers are freelancing for many companies. With higher paying commercial work to fill in between concert dance gigs, many LA-based dancers can make a living without having a non-dance job.”

Sefton’s work is personal, emotional and focuses on real-life issues like bullying, climate change, identity, memory loss, power and sexuality. In her choreography, she chooses not to solve such issues but instead to open up conversation surrounding them. She also hopes to appeal to a broad audience.

“Dance uniquely touches us emotionally, intellectually and physically,” Sefton says. “I connect these three attributes in each new work by creating a unique vocabulary, a language specific to the issue which communicates the detail, the emotion and kinetic values to new and widening audiences.”

This vocabulary is very detail-oriented, and so Clairobscur Dance calls for dancers who are expressive, technical, risk-taking and able to be incredibly specific with their body. 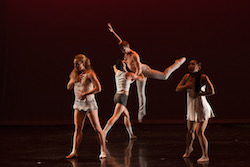 “By extrapolating emotions and thematic ideas from issues, I often work by beginning at the most detailed level,” Sefton describes. “By utilizing recognizable or socially codified movements – a specific leg, arm, hand or facial expression – each piece develops a physical language. The whole-body gestures create detailed, intricately syncopated and varied movements that both subliminally and obviously depict and infer the ideas. In each piece, I craft a web of these physical details with sound, visuals and lighting to create intersections that would not otherwise exist. I direct the audience’s eyes like a painter, rearranging the expected and unexpected elements, displacing comfort. I infuse each work with a great deal of content, which leads to complex and dense choreography.”

Clairobscur Dance also fosters the collaboration between artists in a variety of mediums. Through working with visual artists, designers, composers and creative technologists, Sefton says she is further inspired and often pushed beyond her normal ways.

“Creating with a collaborator means conforming and compromising, which often leads to the discovery of new creative processes, fresh material and an open point of view,” she explains. 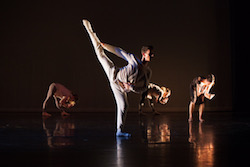 One of Clairobscur Dance’s latest collaborations is between spoken word artist and hip hop poet Jason Chu for a work to be premiered in February 2018. Sefton has also recently completed a short VR360 film, Edge of the Sky, which was shot in the Santa Susanna Mountains and will be premiered at the company’s fall fundraiser and open rehearsal, Behind the Oculus, on November 5. Sefton is also in the process of creating a work based on the gestures of the current U.S. President and inspired by the country’s political awareness. Excerpts of this work-in-progress will also be shown at Behind the Oculus, and the full work will premiere in March 2018, along with other repertory works.

Tickets for Clairobscur Dance’s Behind the Oculus fall open rehearsal event, to be held on Sunday, November 5, at Los Angeles Ballet Center, visit behindtheoculus.brownpapertickets.com. For more information on Clairobscur Dance, head to www.clairobscurdance.org.