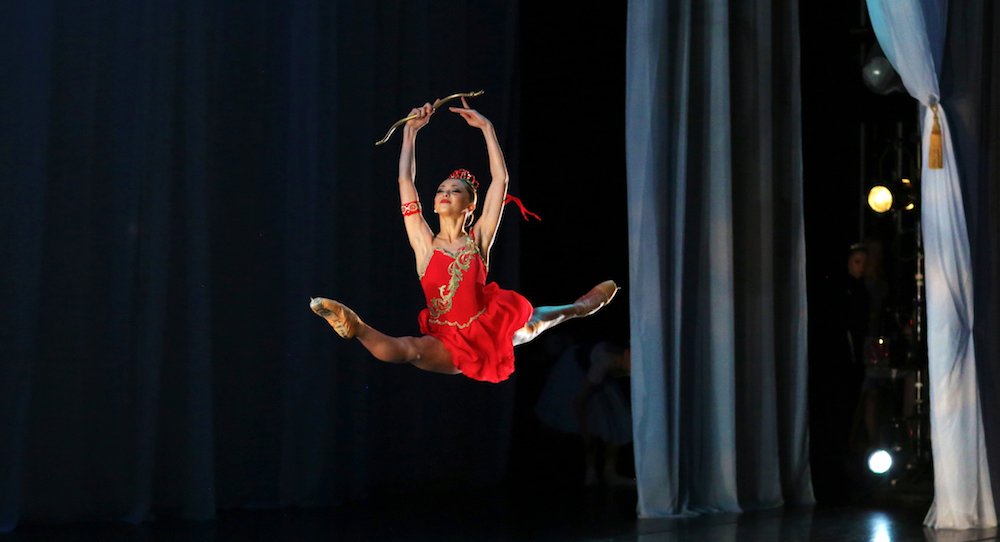 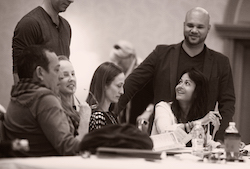 The American Dance Competition | International Ballet Competition (ADC|IBC), is an annual youth ballet competition that takes place each spring in Florida. It is one unlike many others in regards to its overall focus. Rather than focusing on placements or medals, which is just one aspect of competition, ADC|IBC’s focus is geared toward creating a networking event that will help students connect with advanced training and employers. The relationships fostered through this competition are something that ADC|IBC prides itself on. One of the important relationships that has been built over the past few years is with Houston Ballet Academy (HBA). Audrianna Broad, founder and president of ADC|IBC, discusses the budding history with Houston Ballet (HB) and what it has done so far for those involved.

“We first contacted Houston Ballet in 2014, as we were in the planning phase for our 10th anniversary year,” Broad tells Dance Informa. “ADC|IBC went through a large shift that year by implanting $10,000 in cash prizes, increased staff, adding three of the top U.S. companies as scholarship presenters (American Ballet Theatre, Boston Ballet and HB all in the same year) and doubling the size of our jury, which has since quadrupled in size.” 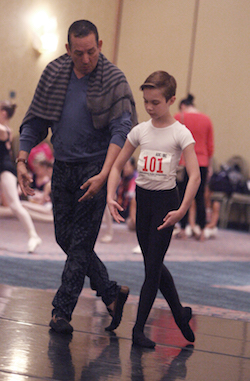 For the 2017 season, ADC|IBC invited 15 panel members, all school or company directors from major institutions, to come and represent their company and select talent accordingly. With all of these aspects in place, it made the event one of the largest sources for scholarship funding and professional opportunities worldwide for the ballet community. Adding HBA to the roster was just the beginning of what would prove to be a unique relationship with ADC|IBC. Scholarship presenters play a key role in regards to their needs and involvement with the event.

“Houston is very hands-on, selective and a long range of planners,” says Broad. “Houston Ballet II (HBII) Director Claudio Munoz, who’s been a jury member for three years now, has made a huge impact on the competition and the dancers whom he’s selected throughout the years. I like that he takes each dancer on a case-by-case basis and looks at their individual needs.”

Broad goes on to express her admiration of the fact that Munoz hand picks students for whom he can foresee a direct path at HBA and eventually into the feeder company. The follow through that results from such attention to detail is evident, according to Broad, which is why she trusts his advice 100 percent and values his commitment to the success of the partnership that’s been created over time. The scholarship opportunities afforded to those students who are chosen by HBA is just another reason why there continues to be such a great relationship with ADC|IBC. 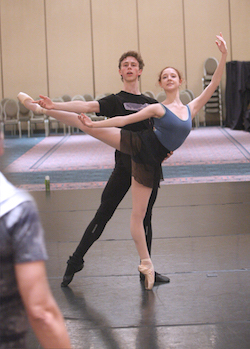 HBA offers summer programs, short-term and year-round opportunities at the competition. The short-term scholarship program is unique in a way that not many other schools offer without a personal connection. Within the scholarships offered, students can select any time frame throughout the given year of the scholarship offer, which is usually one or two weeks. Students have the opportunity to stay at the Academy in the dorms and work alongside the regular academy students. This creates a great way for the teachers to see if the students can acclimate into a year-round environment. As students compete the year after in ADC|IBC, a number of students go from participating in Houston Ballet’s summer programs to becoming a part of HBA, HBII or the apprentice company.

In 2015, in his first year as a jury member, Munoz selected eight students to attend HBA’s summer program. Nearly all attended that summer, and two ended up staying on as year-round students. ADC|IBC’s first success story with HBA began that year.

“Madison Russo was our 2015 Senior Female Division Gold Medalist at age 15,” Broad explains. “After that year, she went on to HBA year-round and worked her way to the upper ranks of the Academy. She has been promoted into HBII for this coming season. For the 2016 season, of the seven students selected, nearly all of them took advantage of the opportunity. Two girls stayed on from that year, and HBA has a close relationship with two of the boys who have come back every summer since. They visit several times throughout the year with the short-term program.” 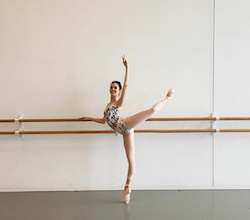 What makes these success stories so meaningful for Broad is that HBA really looks at each child’s circumstance. This is a way for HBA to cultivate the talent and a relationship before the child and his/her family is ready to make a permanent move. Broad pays special attention to the progress made by the students who accept scholarship offers from HBA. Each student whom she has watched come through ADC|IBC holds a special meaning when they go on to do things professionally. One student’s progress in particular holds a special place in Broad’s heart. Austen Acevedo first experienced ADC|IBC when he was 10 years old, but his journey means a lot more.

“I first found him at nine years old in a hip hop class, and I scooped him up instantly into one of my ballet classes,” Broad says. “He had so much raw talent and was very demanding and hard on himself, which I recognized right away as a trait of someone in the fine arts. I pursued a track with him, and over the next few years, Austen experienced tremendous growth in his work. He soon became an ‘it boy’ for ballet.” 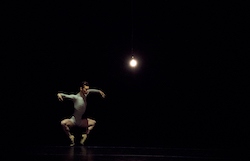 Acevedo will be an HB apprentice in the upcoming season, and Broad could not be more excited to have been there through his journey. Along with the other team members within ADC|IBC, Broad takes special care in the mission to develop an impact on the future of dance. ADC|IBC and its scholarship partners take on an investment outlook when it comes to the kids, and it shows.

“We take time, care and consideration,” Broad says. “It’s not about putting on a show but about making a difference.”