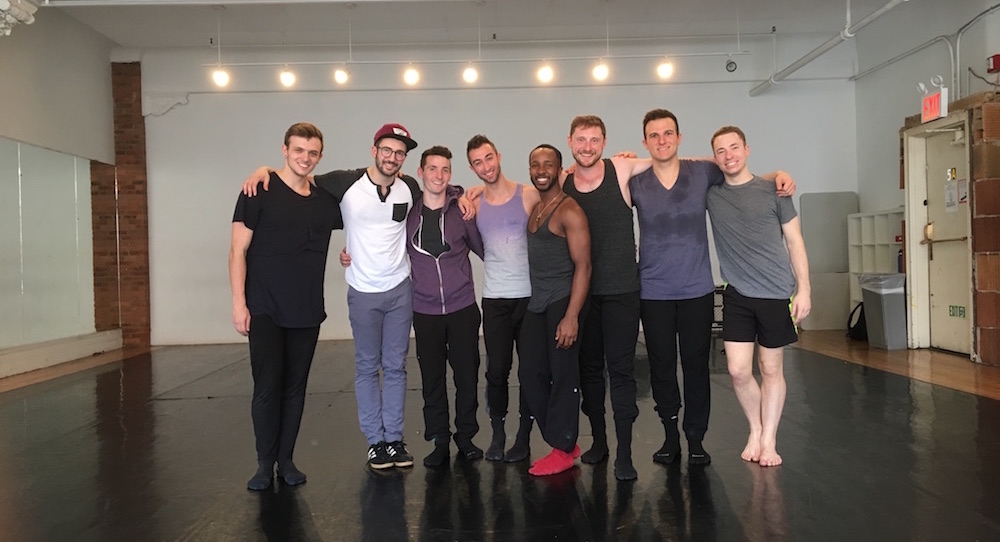 No, Al Blackstone is not choreographing a piece on some extra-limbed tarantula but on the all-male modern dance company called 10 Hairy Legs. 10 Hairy Legs was founded in 2012 as a repertory dance company performing both existing and newly commissioned works. The company aspires to “advance the understanding of the male role in dance through creation, acquisition and performance of exceptional work.” Past commissioned choreographers have included the likes of Doug Varone, Doug Elkins, and Heidi Latsky. 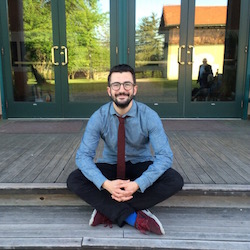 Blackstone — winner of the 2011 Capezio A.C.E Award for Choreographic Excellence; choreographer for So You Think You Can Dance, The View Upstairs, BCEFA, and numerous universities and theatres across the country; and popular teacher at Broadway Dance Center, Steps on Broadway and JUMP Dance Convention — is the first commercial choreographer to create a piece for the company. Blackstone met 10 Hairy Legs Artistic Director Randy James two years ago at the Fire Island Dance Festival. Soon after, James attended Freddie Falls in Love, Blackstone’s full-length dance narrative produced by Break the Floor. Impressed and inspired by Blackstone’s talent and vision, James asked him to create a work for 10 Hairy Legs.

“Of course I said yes,” Blackstone tells Dance Informa. “But I was a bit intimidated to dive into this new realm of the dance world.” Accustomed to working under the gun with a group of newly-cast dancers, Blackstone was blessed with three months of rehearsal with a company that had worked and trained together for quite some time. “The dancers trusted each other,” explains Blackstone. “The challenge was for me to gain their trust, as sort of an outsider.”

Blackstone’s initial approach to creating with 10 Hairy Legs was to stray from his typical narrative-driven aesthetic — still theatrical but more abstract. “I started with the idea of ‘detention’,” Blackstone recalls, “and we created little vignettes of what’s going on in students’ minds during those hours in school detention.” But the story of the piece changed and transformed over those months of rehearsal…and ended up becoming a complete narrative. Ironically, in trying to veer away from his “normal” creative routine, Blackstone formed a deeper connection with his own authentic voice as an artist.

Still, the overall process was a completely new experience for Blackstone as a choreographer. His residency with the company included a seven-day retreat at the Kaatsbaan International Dance Center in upstate New York. “I really learned about my own process,” says Blackstone. “I’m so used to having immediate deadlines in the musical theatre world. The amount of time I had to really just be creative and explorative was revitalizing.” 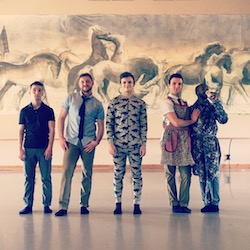 He continues, “The piece is very personal to me. It explores friendship and what it’s like to be a boy in high school, and what it feels like when another person takes the time to make you feel included.” Besides his personal experience, favorite films such as The Breakfast Club and The Sandlot also inspired Blackstone. And it goes without saying that Blackstone’s quintessential charm and clever comedy are alive and kicking — interspersed, then, with touching moments that are grounded and sincere. “Wit is a tool,” explains Blackstone. “You have to connect with and earn an audience’s trust if you want them to engage with your story.”