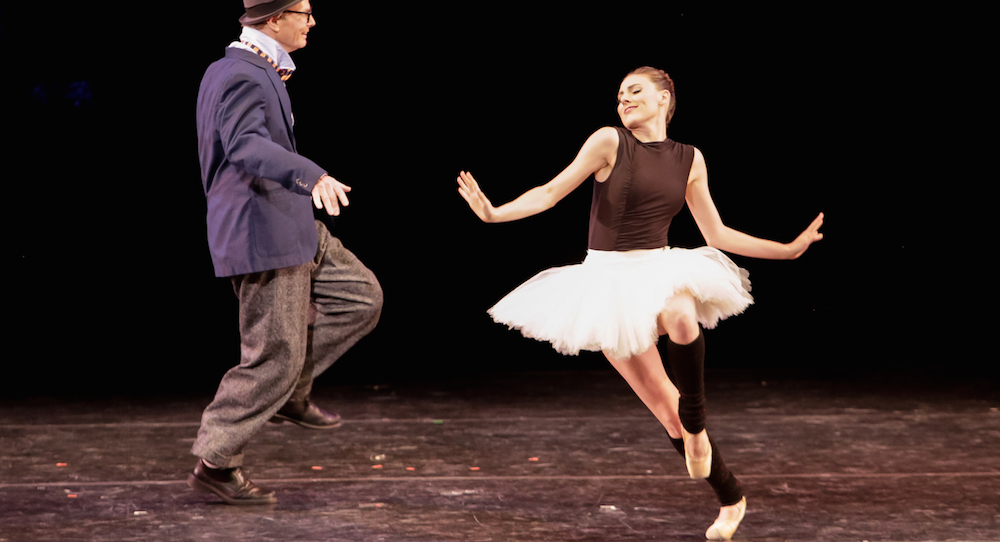 New York City Ballet (NYCB) Principal Tiler Peck has curated an original program for the return of The Music Center’s BalletNow this July 28-30. Over three evenings, some of the most talented internationally renowned ballet dancers will descend on this Los Angeles dance mecca to present mixed repertory by choreographers like Justin Peck and George Balanchine. 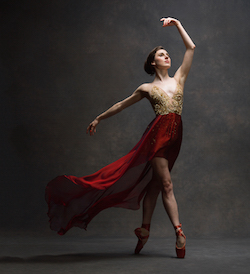 BalletNow was first presented by Dance at The Music Center in summer 2015, and it wasn’t too much later that Tiler Peck was invited to curate this 2017 program. Known for her infectious joy and high energy, it will be an especially meaningful opportunity for her, as she’s able to bring some of her favorite dancers and works to her birthplace of Southern California. It will be both a celebration of the ballet world and her own passion for dance, with her starring in numerous pieces herself.

Peck, who experienced a meteoric rise from apprentice to principal at NYCB in five years, previously was named to Forbes “30 Under 30: Hollywood and Entertainment” and as a winner of the Princess Grace Statue Award. The New York Times described her as “elegant to her fingertips.”

On her BalletNow program, she tells Dance Informa she first started her curating process by reflecting on the program’s title. “I wanted to showcase what I think this means in today’s society. I think it’s a lot different today to be a ballerina than it was back in the day. I feel like you really have to do it all. So I wanted the program to showcase not just classics but the new voices that are here today.” 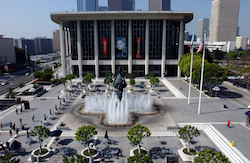 The Music Center in 2004. Photo by Henry Salazar.

Then when it came to picking dancers, she chose those who were her “favorites” and who would be a “really nice group of people” when they came together. This includes: Miami City Ballet Principals Jeanette Delgado and Kleber Rebello; American Ballet Theatre Principals Isabella Boylston, Marcelo Gomes and James Whiteside; award-winning tap artist Michelle Dorrance; and The Royal Ballet’s Principal Lauren Cuthbertson and First Artist Reece Clarke. Another high-ranking performer is Marc Moreau, a Paris Opera Ballet sujet, a rank that is part soloist, part corps.

All these dancers will only be together the week of the show, making the rehearsal process more like an intensive since they’ll have limited time for run-throughs. “It’s definitely going to be exciting,” Peck jokes.

When asked what pieces she is most looking forward to performing, she lists Allegro Brillante (it will be her first time to perform it in California), the pas de deux After the Rain, and a work she’s never done before: “I was never in 1-2-3-4-5-6 previously, so that will be a debut for me. It was a modern dancer’s role originally that I’ll be performing, so we’ll be changing it for me since I’ll be in pointe shoes.” Joining her in that piece will be Michelle Dorrance, Byron Tittle and Virgil Gadson “Lil O.” 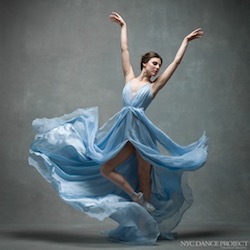 Another highlight of the mixed programming will be Wheeldon’s Carousel, the newest addition to the lineup that took the place of his pas de deux from the Broadway hit show An American in Paris.

The program’s lighting will be designed by Brandon Stirling Baker, who returns to The Music Center after working on the first BalletNow program in 2015. He also frequently works with Justin Peck at NYCB. He was actually the original lighting designer for Justin Peck’s Chutes and Ladders, a 2017 BalletNow program selection. Nicole Mitchell, also from NYCB, will be the stage manager. Tiler Peck reflects, “I’ll definitely be surrounded by people whom I love and trust.”

Dwelling on the unique opportunity to present this program in The Golden State, Peck says, “It’s really special because a lot of family and friends who aren’t able to travel to New York will be able to see me dance. Because I was able to program the performances, they’ll also be able to see dancers and pieces that I really love.” 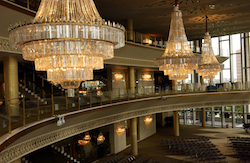 The Music Center’s interior in 2004. Photo by Henry Salazar.

She’s also humbled and excited to curate BalletNow 2017 because it’s the first time The Music Center invited a woman to oversee this program.

In conclusion, Peck says everyone should come take in this series because it has “something for everybody.” She summarizes, “I really wanted to make sure the balletomanes who love Balanchine and Robbins have that, but I also wanted to hit the newer, younger generation with a wider range that will be exciting to them.”

For more information on the schedule for BalletNow 2017, visit www.musiccenter.org/balletnow.