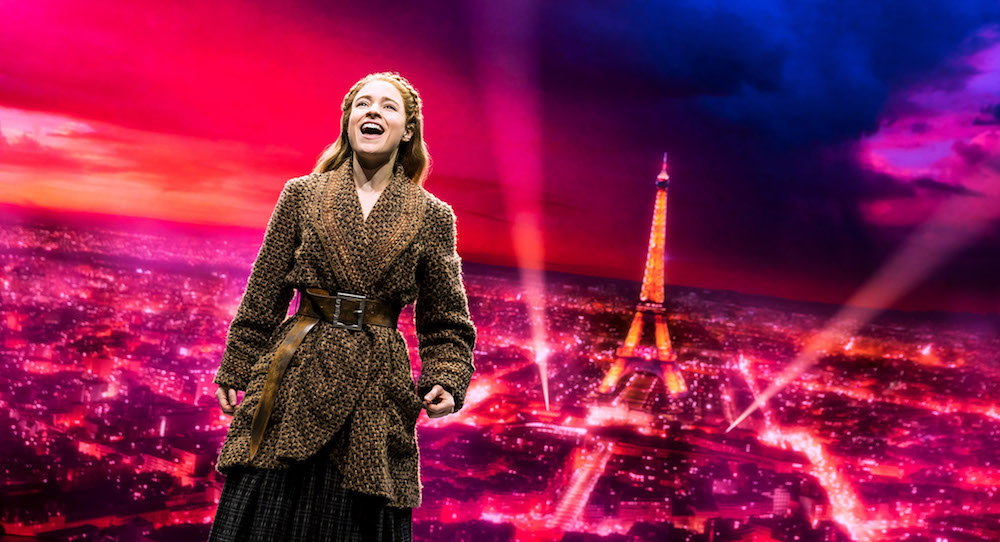 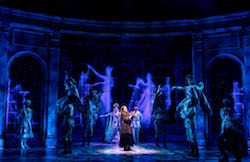 Christy Altomare and the cast of ‘Anastasia’ on Broadway. Photo by Matthew Murphy.

Anastasia is surprisingly unexpected. It’s not the cartoon movie, nor is it the account you’ve read in history books — although the production certainly draws on both for inspiration. You probably know the gist of the story…after a military coup and assassination of the royal Russian family, rumors circulate the country that one daughter survived. The mystery of princess Anastasia lasts for years and, in Paris, the Dowager Empress proposes a great reward for whoever can reunite her with her long-lost granddaughter. Hoping to win the prize money, two schemers decide to train a young girl and pass her off as the duchess. Well, spoiler alert, the orphaned amnesiac they find turns out to be princess Anastasia herself. This is certainly not the romanticized 20th Century Fox film or the true-life scenario (In 1994, DNA testing proved that Anastasia did in fact die with the rest of her family in 1918.). Still, while Anastasia may not portray historical accuracy, the themes, music and allure of the production will resonate with audiences nonetheless.

Since the early workshops of Anastasia, a number of choreographers were brought in to see who might be the right fit for the project. Joining the creative team for Anastasia’s premiere at Hartford Stage was choreographer, Peggy Hickey, noted for her work on the 2014 Broadway hit, A Gentleman’s Guide to Love and Murder. In this case, Hickey’s classical dance background, research of Russian dance and culture, and focus on honoring the magic of the story all seemed to play a role in how she choreographed Anastasia. 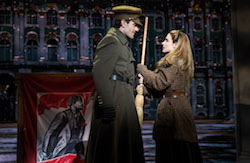 Ramin Karimloo and Christy Altomare in ‘Anastasia’ on Broadway. Photo by Matthew Murphy.

Amidst a slew of dance-driven (and sometimes even dance-forced) shows on Broadway, it was almost refreshing to see a musical that was not overwrought with choreography. Whether a waltz at the royal palace, a Russian folkdance in a Parisian nightclub or even a revised version of the Swan Lake ballet, the dancing lasted just long enough to set the scene and the mood. In modern musical theatre, there is such an emphasis on storytelling through choreography. While this is not a bad thing, the pressure to “give every move meaning” can cause choreography to feel artificial and redundant. That was what I anticipated seeing in Anastasia. I can imagine a marionette-inspired ensemble number to “Rumor in St. Petersburg” and use of the ever popular “dream ballet” for “Journey to the Past”. But the creative team seemed to take a more realist approach to the production — forgoing ostentatious choreography and over-the-top characters to honor the magic of the enchanting score, the stunning visual projections and the story itself. (**The one exception to this, however, is the produced, Disney-fied “Paris Holds the Key [To Your Heart]”, which veered from the honest, realist framework of the show.)

The cast of ‘Anastasia’ on Broadway. Photo by Matthew Murphy.

That’s not to say that Hickey’s choreography is unremarkable. It’s informed, actual and ephemeral. But you don’t watch the dancing and think, “That’s ‘Peggy Hickey’,” as you would for some other Broadway choreographers. In fact, you don’t consciously think much of the choreography at all…and that’s a good thing. Even during the Swan Lake ballet, it’s clear that the Odette (Allison Walsh) can do more technical and virtuosic choreography than fouettés en pointe. But the scene is much more than the ballet itself. It’s the moment before Anastasia attempts to reconnect with her grandmother, the Dowager Empress. Hickey doesn’t call Walsh to dance the most spectacular Swan Lake (which she certainly could) because it would distract from the anticipation and tension of the scene. The ballet is a prime example of how the choreography in Anastasia serves the story without overwhelming it.