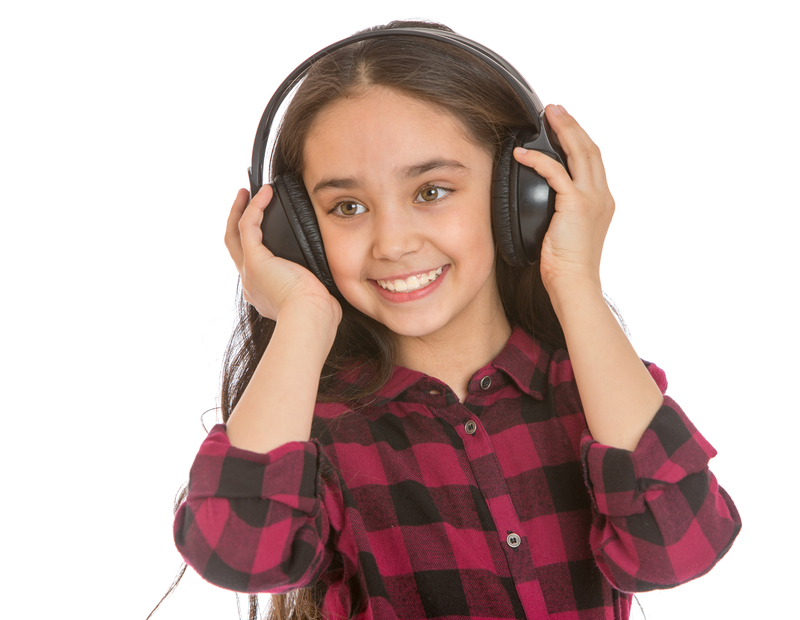 Music today is many things – but one thing it is often not is subtle. Lyrics in many mainstream songs are not only suggestive but downright explicit. At what point does a studio owner, teacher and dance parent censor the music their dancers are moving their bodies to? This question goes to the heart of another hot topic in the dance industry – music appropriateness in student dance.

Continuing our new series seeking to address some of the harder questions affecting the industry, Dance Informa looks at this issue with the help of representatives from dance educator Leslie Scott’s non-profit organization Youth Protection Advocates in Dance (YPAD). First, let’s look at YPAD’s evidence-based research on this subject.

Dr. Tomi-Ann Roberts, PhD, is professor and chair of the Psychology Department at Colorado College, and she researches the psychological consequences of the sexualization and objectification of girls and women. Also a YPAD Advisory Panel Member and Certification Contributor, she often educates dance teachers, studio owners, parents and students through her data-driven socioscience research that the “music lyrics don’t matter” perspective is simply not factual.

Roberts states, “Socioscience has a lot of research that proves if we allow music to filter in the background and listen to music over and over in class or rehearsal without mindfully understanding the content, it actually has a more negative effect on us than if we actually listened to it understanding the meaning of the lyrics and storyline.”

To further investigate this, YPAD conducted a survey asking youth what the music used in their dance classes teaches them. Their answers were cause to think. Amongst their answers were: “Men cheat and lie” (female, age 14), “Being a boss and a b***h is a good thing” (female, age 12), and “It is not cool to like a girl for her personality but more if she is hot” (male, age 16).

One 10-year-old girl told YPAD that dance class music has taught her that “being single means I should be lonely.” An older 16-year-old girl made the observation, “A lot of the songs we use for competition make partying in the club and even violence and girls hating girls seem normal and okay.”

In addition to these comments, YPAD’s research concluded that out of 143 dancers the organization surveyed aged between seven and 13 years old, 87 percent of them look at the music videos to the songs they hear at their dance studios. Only six percent admitted to asking their parents for permission before doing so. 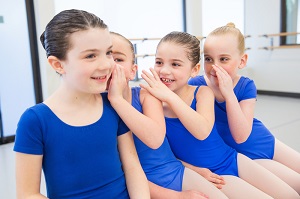 From a Studio Owner’s Perspective

Studios that specialize in youth dance education often have jazz and hip hop classes for their kids. It’s not usual to hear mainstream music and pop hits being blast through the speakers because these songs are often the ones with the best beats and tempos, and often times the students are especially excited to dance to these songs. So what’s a studio owner to do if they want to provide some safe boundaries and make sure only appropriate, non-suggestive music is being used?

YPAD Advisory Panel Member and former professional dancer Tiffany Prout-Leitao has frontline experience with this conundrum as the owner of Center Stage Dance Academy. Yet, she explains that age appropriateness must come before convenience and even students’ personal preferences.

“We are helping to shape these kids,” she says. “We are the ones they look to and up to on a daily basis – whether it’s in the classroom or they are following us on social media. When we are playing a song in class, we are asking these kids to connect with it, to express their emotion based on the lyrics, how the song makes them feel, what stories they can create from it, or asking them to pull from their own story in order to perform it passionately with intent and purpose. So if what is being played has sexual content or undertones, drug/alcohol references, violence or bad language, these kids are going to hear it, feel it and express it.”

“We play music in class over and over again while they are learning choreo, so it gets ingrained in their mind,” she continues. “Most kids are no longer going on iTunes or buying CDs. They are going directly to YouTube to watch the music videos and get to see firsthand what those lyrics mean even if they are naive to what they are being introduced to in the classroom.”

When asked what standards she has established for her teachers/choreographers in her studios, she clarifies that it’s in their contracts to only choose music that is age-appropriate. “My staff not only knows where I stand, but they stand with me,” she says.

On the illusive definition of age appropriateness, she says, “If you have to question if a song is appropriate, it usually is not. Our first instinct is a good indicator!”

From a Dance Teacher’s Perspective

Stephanie Smith is a YPAD educator who had sexualized choreography imposed on her as a student, so she knows firsthand that it is detrimental. She remembers the first time overtly sexualized music was used for one of her dances, too.

“The first time I noticed any music being inappropriate was my junior or senior year in high school. The dance/drill team instructor was teaching us a hip hop routine she learned at a convention. It was ‘Milkshake’ by Kelis, very popular at the time, as well as very sexual in content.”

Now that she teaches students herself, she is incredibly mindful of choosing appropriate songs. “When selecting music I have to read the lyrics,” she explains. “Most of my students are between the ages of 18 months to six years old. There is a lot of music for this age group through Disney – thank goodness. They recognize some current pop songs. They all know ‘Watch me whip, watch me nae nae’, so I’ve tried to use Kidz Bop or Chipmunk versions, knowing they will be clean.”

She says it’s even harder with older students, and she sympathizes with teachers who struggle to find suitable music. “When I do get to teach older students, I have to be very selective. I have found many Christian rap artists who have music with great beats and positive messages, many not mentioning any religious beliefs to avoid offending any one. I have also challenged older students to listen to music that is only instrumental.”

Overall, though, Smith believes it’s worth the extra work and time spent trying to find the right music, because music choice obviously matters.

“The dance community absolutely needs to be aware of what content the music reflects for each age group,” she states. “As a mature dancer, I know my body can be used as a tool to articulate a multitude of meanings, so I am not against teaching students how to explore all kinds of movements with their bodies. But we need to be aware of the context we are giving reference to when describing how to do the move or what kind of music it could be done to. A young adult jazz or hip hop class is the age to play with movement being flirty, but that shouldn’t be the only way jazz or hip hop is performed.”

From a Youth Director’s Perspective

As a hip hop dancer and director of a youth company, YPAD Advisory Panel Member Ricki Huff says he has seen many of his own students, as well as other students at conventions, dance in ways that are meant for adults. He tells us, “I don’t see many kids dancing as kids theses days.”

Music is an important part of this, he explains. That’s why he only uses music with positive messages.

“I never use anything that talks about women in degrading ways, drug use, explicit language, extreme violence or something that makes men out to be womanizers,” Huff says. “I do not want my students thinking that women are only sex objects when they dance, and I want my young men protecting and upholding their fellow female teammates as a respectable image.”

Personally, he believes there needs to be an age-appropriateness rating system for dance classes and workshops. “If we do it for movies, we should do it for dance classes as well,” he says. “We as a community need to step up and start being better at protecting our future generation of dancers. They are being exposed too quickly to adult-like content and getting their childhood taken from them piece by piece.”