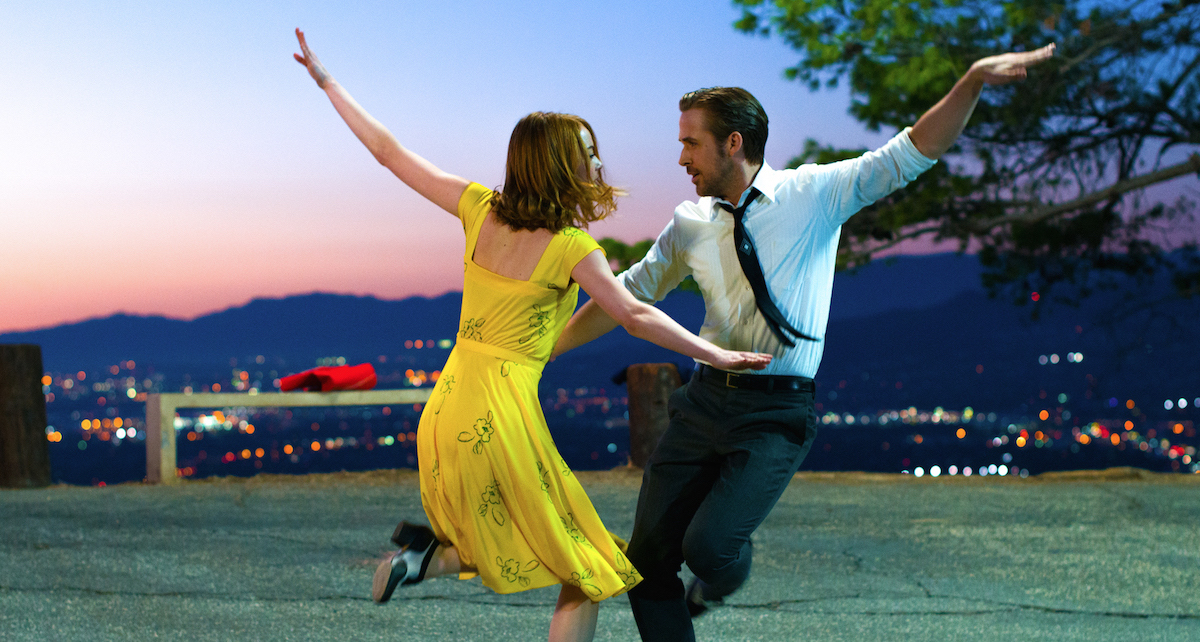 Everyone is going gaga for La La Land. What a magical film, well deserving of the many awards it has already received. As a dancer, I was personally so excited to hear about this new movie that would take us back into the world of old Hollywood musicals, reimagining them for the 2000s. Oh, and it stars heartthrobs Emma Stone and Ryan Gosling as the love-struck, dancing heroes who will stop at nothing to chase their dreams. Sound the wolf whistles! I was not disappointed. I was tapping my toes and grinning from cheek to cheek from the opening Jerome Robbins-inspired highway dance scene. This epic dance sequence, and the many more to come, were the genius of four-time Emmy-nominated choreographer Mandy Moore, whose stunning choreography you may recognize from So You Think You Can Dance, Silver Linings Playbook, Celine Dion and Shania Twain, Target, Sketchers and more.

Moore was delighted to work on the film, telling Dance Informa, “I think it’s a beautiful film, so I’m so happy that people are loving it!” She is so gratified with the final product, adding, “I feel very proud of what I did. I’m incredibly proud of Ryan and Emma and every single dancer. To think that we created something that was timeless, that has substance! And it’s beautiful and makes people happy.”

Here, Moore gives us the inside scoop behind the making of La La Land. 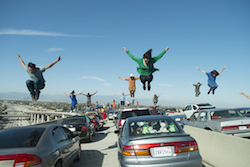 The cast of ‘La La Land’. Photo by Dale Robinette.

What was it really like to work with Emma Stone and Ryan Gosling, especially considering their lack of formal dance training?

“Well, I was with Ryan and Emma for about six weeks prior to our pre-production period, and our pre-production period was about six to eight weeks. We shot in 50-60 days. So, from the time I was brought on to the time we wrapped was a good three-quarters of the year. It was an incredible amount of time, which was nice because I got a lot of time to work with Ryan and Emma.”

Okay, so we’re jealous, but are they really as sweet and dedicated as they come across? Tell us the truth, Mandy…

“They’re both, first of all, really lovely people. They’re both hysterical, and they definitely jumped in 100 percent. I never felt that they didn’t want to do the best that they possibly could. They rehearsed a lot. I worked with them in their individual time during pre-production about two hours a day, four to five times a week, and then once we got into pre-production, it was every day, like three to four hours every day! They were really incredible.”

Wow, so we are impressed. But are the dance scenes really them?

“From early on, we talked a lot about how this musical can’t happen unless they also dance. They have to dance, and they have to dance well. The director, Damien Chazelle, would shoot very long takes – dancers head to toe in the frame. So, it wasn’t like we were hiding their ability in any way. And plus, we didn’t need to and they didn’t want to. We wanted these characters to be ‘real’ people dancing, not perfect precision Rockettes – that was the style.” 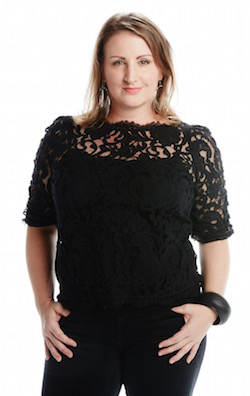 So what was the inspiration for the choreography? We could see flavors of Jerome Robbins, Fred and Ginger, and Fosse. Was this the look Damien Chazelle was after?

“I drew from a lot of different things. First and foremost, I drew from the vision of the director. Damien and I would sit and talk at length about each dance scene. He was passionate and so collaborative. We would watch certain scenes that he was inspired by – so, we would watch the An American in Paris ballet, or ‘Cheek to Cheek’ or ‘A Lovely Day to be Caught Out in the Rain’. We would dissect it together and talk about what we liked about it and the arch of the dance. I guess that’s what I love about old-style musicals – the trajectory and the arch of the dance and the character that the dance played with the scene. It’s so beautiful, and it’s not only great movement and performance, but it’s great storytelling. From that, we would just break down our scenes.

In the opening traffic scene, Damien wanted the energy to be Jerome Robbins – basically Jerome Robbins on cars. Big shapes, arms, legs, just joy and real people moving. In the party scene, when the girls were getting ready in the apartment, I was definitely inspired by ‘I Feel Pretty’. I like the gesture-based movement that kind of turns into a little bit of dance. And then the party itself is loosely inspired by ‘Rich Man’s Frug’, by a Fosse style – but Damien wanted it a little less dance-y and more shapes. The duet was inspired by ‘A Lovely Day to be Caught Out in the Rain’, a Fred and Ginger number. We just love how they’ve got this beautiful chemistry together and again that they have this wonderful arch to their dance. It starts somewhere, and then it goes somewhere.”

So it sounds like it was a dream to work with director Damien Chazelle.

“Damien is such an incredible storyteller, and in the script, when I originally read it, I could see everything that he was after, what he was referencing and what he was inspired by. It was just so nice to have someone who really understood their vision and would stop at nothing to make that happen, and who gathered a team that I think understood it as well. It really was an incredible time working on the film. Everyone from the crew to the actors.” 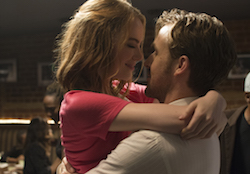 No wonder the film has been such a success. Why do you think it’s so special?

“First of all, I think it’s a beautiful film – the colors, the music, the costumes and the love story. And then ultimately, the ending. I think it’s great storytelling. I think people are drawn to that. And I also think that we’re just in a time culturally in our world where there’s a lot of negativity, people are kind of dark and there’s a lot of fighting, so I think people are just loving going to see a film and feel transported. Even that first scene kind of sucks you into that world, and you just go on this really beautiful ride.”

Nominations for The Academy Awards have been announced, and La La Land is up for 14 Oscars, including Best Film, Best Actor for Gosling and Best Actress for Stone! How many awards will La La Land take home on February 26? If you haven’t seen the film yet, jeté to the cinema now!