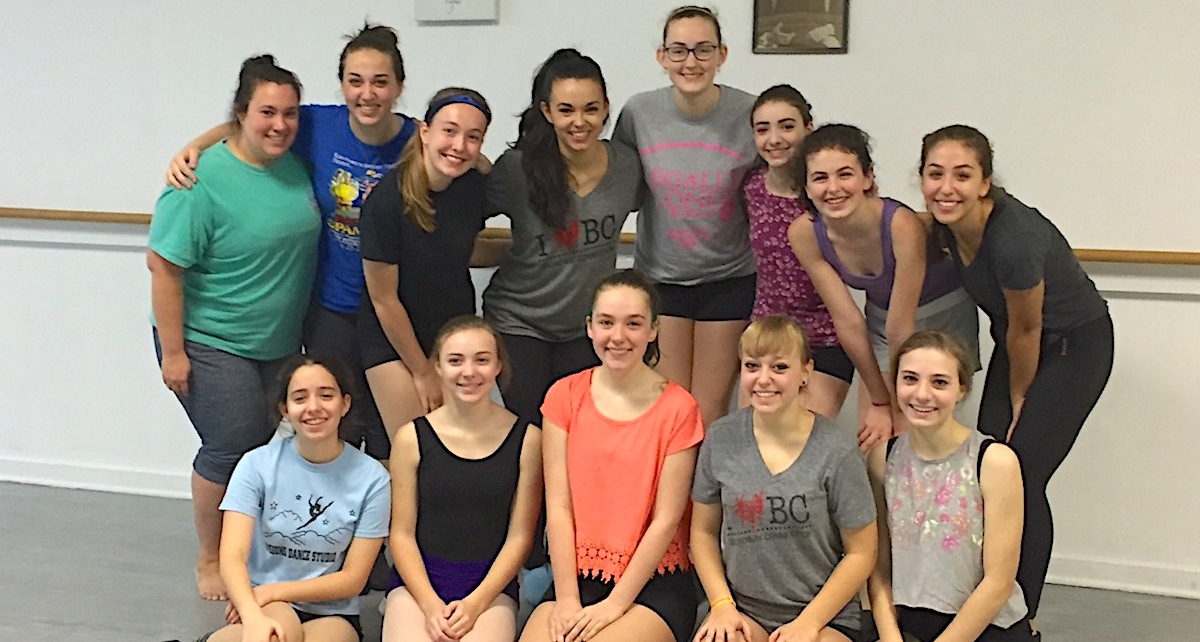 The Broadway musical Finding Neverland launched its first U.S. National Tour this fall after finishing a run of 565 regular performances and 33 previews at the Lunt-Fontanne Theatre in New York City. The tour, which includes 29 cast members, will conclude in Boston on August 20, 2017.

Broadway Connection Teaching Artist Melissa Hunter McCann is currently serving as a swing on tour. A Pace University graduate who has worked on productions like Carnegie Hall’s West Side Story and Encores’ Paint Your Wagon, she is enjoying performing and teaching on the road. 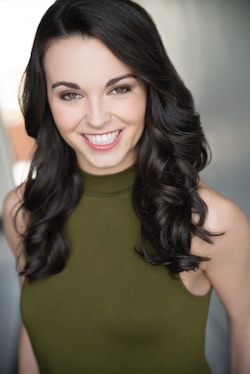 Here, Dance Informa speaks with McCann to learn more about her career, what her role on tour involves and what she aims to teach her students in her Broadway Connection classes.

Can you first share a little about your background in the performing arts?

“I first began dancing at three years old at my hometown dance studio, The Dance Forum South in Smithville, New Jersey. It was there that I truly discovered my passion for dance and began competing in the art form. This past May I graduated from Pace University with my BFA in Commercial Dance. At Pace, I was able to receive a well-rounded dance education, training in many styles including ballet, jazz, musical theatre, contemporary, hip-hop, tap, modern, pointe, aerial and also voice and acting technique.”

“My ‘big break’ was at the beginning of my junior year in college when I booked the workshop of a new musical called The Nine Fathers of Ariel, directed and choreographed by Graciela Daniele. Michael John LaChiusa wrote the music and lyrics, with a book by Ellen Fitzhugh. The cast was stacked with incredible Broadway actors, and I was extremely lucky to receive my equity card by working in the most talented and creative room. I was the only female dancer, and I did not speak at all in the show. It truly was a dream! Graciela brought something very special out of me, and I will forever treasure those seven weeks of pure creativity and artistry.

Other credits after include Encores’ production of Paint Your Wagon, Carnegie Hall’s recent production of West Side Story, 2016 Tony Awards opening number with James Corden and now the first national tour of Finding Neverland.”

For our readers who are unfamiliar with Finding Neverland, what is the story about?

“The story of Finding Neverland is about the author J.M. Barrie and how he came to write Peter Pan. It is based around the meeting of a young woman, Ms. Sylvia Llewelyn-Davies and her four boys, George, Peter, Jack and Michael, who meet Mr. Barrie in Kensington Park one day.

The boys’s child-like innocence stirs something in Mr. Barrie, and we watch his journey to creating the timeless tale of Peter Pan, accompanied by romance, comedy and sentimentality. It truly is a musical for all – ‘the young and the young at heart’.” 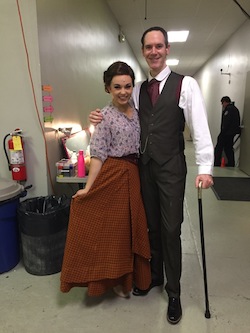 “The dancing in this show is truly spectacular, and it is very fulfilling as a dancer to perform. With that said, because of its extremely technical and intricate elements, it is extremely important for everyone to take care of our bodies while on the road.”

How do you keep it fresh?

“To be honest, I haven’t had to find a reason to keep it fresh since as a swing it always feels new and fresh when I get the opportunity to perform!”

Speaking of that, what does it take to be a successful swing?

“Being a swing is a much harder job than I ever anticipated. Besides having the skill-set to cover multiple roles, you also have to be very smart, organized and especially calm.

The best way to be successful as a swing, in my opinion, is to always be overly prepared. You honestly can never be prepared enough because you never know when you may be thrown on with only five minutes to jump into your costumes and not have a chance to study your notes.

It is extremely easy to become unfocused, as well as unmotivated, as a swing since you are not always performing. It really helps me to run different tracks backstage during the show, as well as look over my notes multiple times during the week to stay on top of my game. It also helps make you feel like you are an important part of the cast since that can sometimes be hard, especially when you have multiple weeks in a row of not going on stage.”

What’s one aspect of being a part of a national tour that’s surprised you?

“This is my first national tour, so speaking to other friends who have toured multiple times, they always say to pray that it is a good group of people that mesh well together. Luckily, this group of people has far surpassed all of my expectations and has really become my family.

Tour can be really tough at times, being away from family, friends and feeling like you are missing things happening in NYC. Our entire group of people, including the cast, musicians, stage and company management, crew, wardrobe and hair, and even the parent chaperones of the children, have become such a close family that it makes being away from home much easier.” 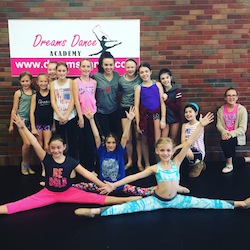 “Whenever I teach a Broadway Connection master class, it is always one of the highlights of my week. I wish I would have had the opportunity to take a class like that at my studio while growing up, because it is so inspiring on both ends of the classroom. I am always inspired by the students’ energy and enthusiasm when teaching the choreography from the show.

It is interesting because I just made that transition from full-time student to teaching, and it really is so rewarding. I hope to inspire them by immersing them in a creative environment where they can express themselves fully.

Something I always stress in my classes is that at the end of the day, I do not care about the steps. If they mess up the steps it is fine, but what I want to see is what they can bring to the table. I try to create an environment where they feel comfortable diving outside of their comfort zone and making strong choices. After all, the best way to continue growing as both an artist and a person is to push past all of your limits and then continue reaching further.”

Do you have any advice for teachers who are training students who dream of being on Broadway?

“My biggest advice to teachers is to stress versatility, as well as make their dancers take voice and acting. There is rarely such a thing as a dancer who does not sing on Broadway in today’s industry. It is so important to train in all styles, because the more skills you have, the more jobs you will ultimately land.

Also, I think it is important for teachers to stress how difficult this industry really is. If your heart is in it and you know you couldn’t live without it, then it is 100 percent worth it to dive into this business. On the other hand, if you don’t truly love it, you are not going to love getting up at the crack of dawn to go to auditions, where 90 percent of the time the response is ‘Thank you very much’. This business takes a lot of hard work, effort and persistence, but if you really want it, there is nothing better in this world than making a living by performing!” 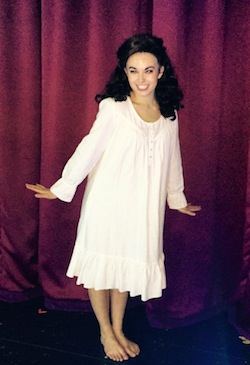 Melissa McCann in her Wendy debut. Photo courtesy of McCann.

Lastly, why should everyone come see Finding Neverland on tour?

“Everyone should come see Finding Neverland because it is a spectacular show! The show will take you on an emotional journey, leaving you with a smile on your face at the end.

Plus, any show with talented children from nine to 12 years old, as well as the cutest dog in the world, is worth seeing. Oh, and did I mention there is a glitter vortex at the end? It is absolutely stunning. I don’t think I need to do anymore convincing.”

For further information on Broadway Connection, visit www.broadwayconnection.net. To see what cities are on schedule for the touring production of Finding Neverland, head to findingneverlandthemusical.com.