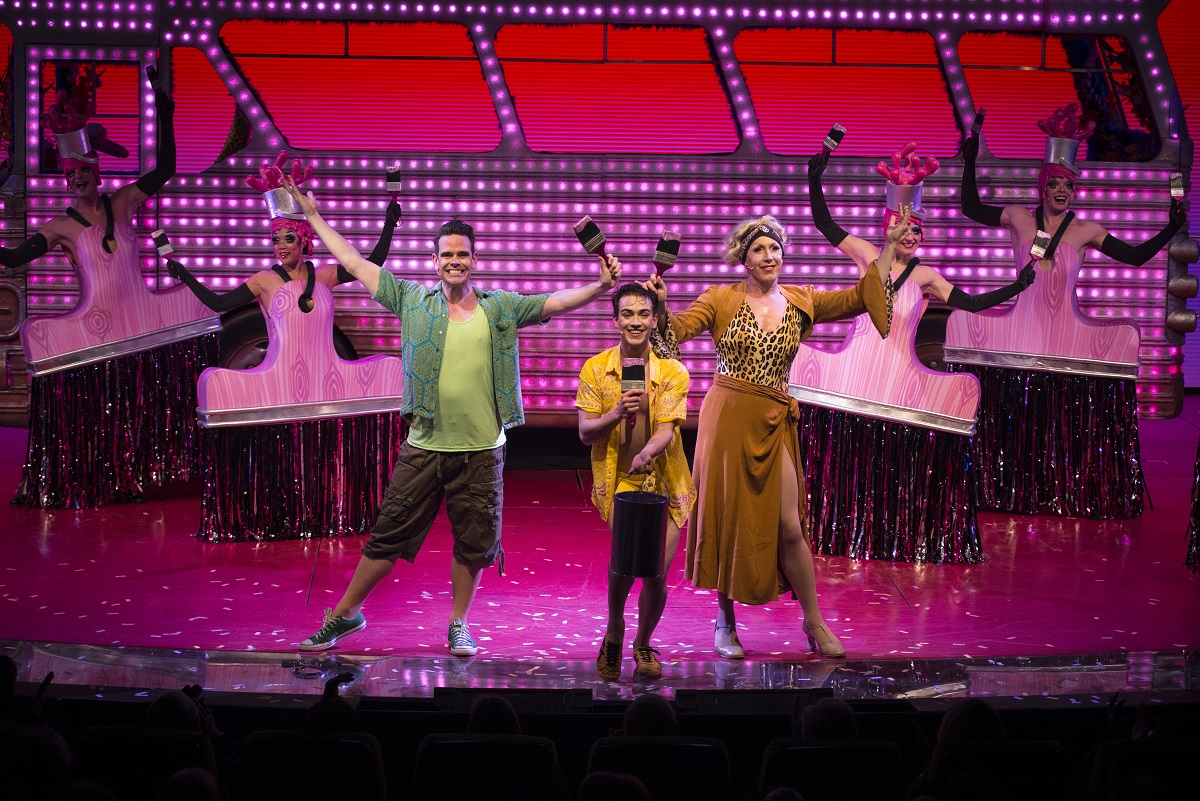 In May, I went on a beautiful Mediterranean Cruise on the Norwegian Epic out of Barcelona, Spain. Are you jealous? You should be! It was the holiday of a lifetime, particularly for a dance and theater lover. Did you know that Norwegian Cruise Line is a leader in cruise ship entertainment? Don’t think tacky cruise shows; think high-quality Broadway productions straight off the Great White Way. Think Priscilla Queen of the Desert, Legally Blonde, Million Dollar Quartet and Burn the Floor. Think huge production budgets, glamorous theaters and talent straight off the stage from productions like Les Misérables, A Chorus Line and Wicked.

The Norwegian Epic houses a 632-seat theater, called Epic Theater, with a backstage filled with sequins, feathers and the flamboyant colorful costumes of Priscilla Queen of the Desert and Burn The Floor. Burn the Floor has 12 dancers and two guitarists, and Priscilla has a cast of 20, with seven staff just to help with the quick changes and to manage the hundreds of costumes! If you’re looking for an exciting theater gig, or a holiday that can combine sightseeing with theater-going, Norwegian has you covered. 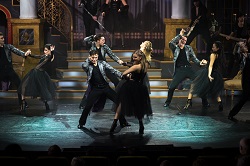 Burn the Floor, ‘Rebellion in the ballroom’ on Norwegian Epic.

I was able to check off some bucket list items, such as visiting Pompeii and the Leaning Tower of Pisa, ride a scooter around Cannes, France, take a tour of Rome and wander the streets of Barcelona with its breathtaking architecture. At night, I was able to enjoy Cirque Dreams and Dinner, a spectacular vaudeville circus dinner show in the round; Soul Satisfaction, a team of four Motown talents; and 4Eva, think Il Divo on the seas! Each show was breathtaking. And then in the Epic Theater, the highlights of the cruise for me were Burn the Floor and Priscilla Queen of the Desert.

If you’ve seen the current touring production of Burn The Floor, this production is a slightly shorter version with a few cheeky new pieces especially for The Epic but with just as much sex and sizzle. Although called “Rebellion in the Ballroom” instead of “Fire in the Ballroom” due to the obvious issues of fire on a cruise ship, this show is certainly on fire! Cast members hail from all across the world and are the best in the business. What a treat for them – to get to do what they love every night on stage, while enjoying a tour of Europe. When can I audition?!

If you’ve seen the Broadway production of Priscilla, Norwegian presents a shorter, more condensed version with a lot of punch. It is non-stop entertainment and so hilarious, naughty and fun. The three leads, from the U.K. and Australia, really make the characters their own, and they take us on a journey all adorned with ridiculously ornate headpieces. And the ping-pong scene is brilliant. I, too, almost flew off my chair in laughter! 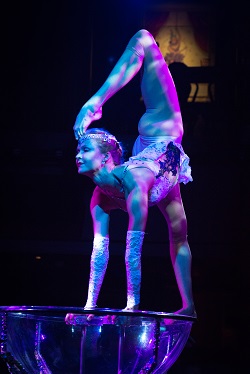 With afternoon Q&A sessions with the cast scheduled on each cruise, patrons can also get to know the performers and learn more about the work that goes into presenting Norwegian’s productions. The performers, too, can learn more about their audience and share what they love with them. I was thrilled to speak with two of Priscilla’s talented leads.

Daniel Downing, who plays Tick in Priscilla, is honored to be working with Norwegian, saying, “Norwegian Cruise Line produces first-class production shows and musicals on their ships, directed and choreographed by some of the world’s leading creatives. To have that opportunity is invaluable!”

When asked why he wanted to perform for Norwegian Cruise Line, Euan Doidge, who stars as Felicia in Priscilla, explains, “I have had quite a few friends work for the company before, and when I spoke to them about auditioning for Priscilla, they said absolutely go. It’s an experience you will never forget. And they were right!”

Both men agree that a cruise contract is a treat for any performer. “The ability to travel the world whilst being paid to do what we love and practice our craft is such a winning combination!” says Downing.

“You get to see the world whilst doing what you love,” says Doidge. “Not many people get that opportunity. Grab it and run!”

Watching the sunset over the ocean one minute, eating a decadent meal the next, and then enjoying an award-winning production by some of the hottest talent in the industry – what more could you want? The Norwegian Epic was just that – epic! An amazing experience for both the guests and performers.  Congratulations to the production team, the cast and the entire staff of Norwegian.

Find out more at www.ncl.com, and look out for audition opportunities listed in Dance Informa throughout the year.

Photo (top): Priscilla Queen of the Desert on Norwegian Epic.