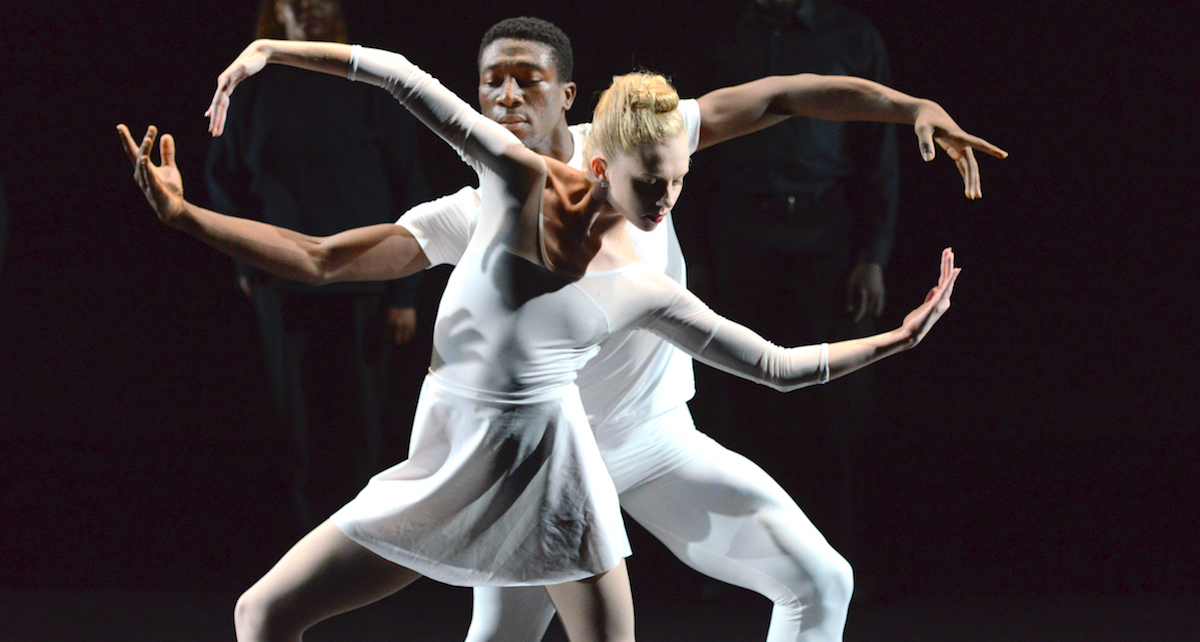 Claudia Schreier’s first memory of choreographing is from a summer camp talent show. She selected the “Coffee/Arabian” music from The Nutcracker.

“I took it so seriously, and I lost myself in the music,” Schreier says. “I remember being on stage and knowing that I needed to [do this]. Not that I wanted to, but that I needed to.”

Schreier followed that need, and it has led her to the Gerald R. Ford Amphitheater in Colorado. On August 8, as part of this summer’s Vail International Dance Festival, the Manhattan-born-and-raised choreographer debuts a new ballet, featuring dancers from New York City Ballet (NYCB) and Dance Theatre of Harlem (DTH).

A dance in the mountains

Schreier interned with the festival in 2007 and 2008. But this is the first time she’ll come to Vail as an artist. Artistic Director Damian Woetzel approached her last fall about creating work. 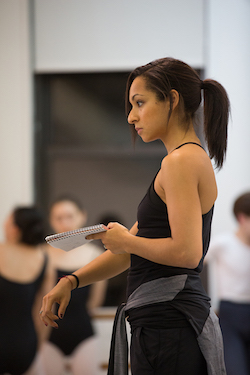 Woetzel says he’s known Schreier for years — he guested as the Cavalier in a production of The Nutcracker, in which Schreier was a student performer. Their paths crossed again at Harvard University, and he’s seen some of her early work. Woetzel says her musicality stood out to him, “as well as the clear sense of design within her dances”, and he wanted to help nurture that.

“I believe in next steps,” Woetzel says. “Everyone, no matter what stage of their career, can benefit from an opportunity providing some sort of next step.”

A ballet for four dancers, with live music performed by NYCB pianist Cameron Grant and string ensemble Catalyst Quartet, Schreier says working with dancers from NYCB and DTH — “dancers of such high caliber, who are game to do anything” — has been thrilling. She’s also been overwhelmed by creating a work with Vail’s natural backdrop. “I think everything will be elevated because of the space,” Schreier says.

A commission for the Vail International Dance Festival is not the only big nod that Schreier has received toward her choreography in the last few years. She won the 2014 Breaking Glass Project, a competition for emerging female choreographers, which awarded her a year-long mentorship that culminated with a full evening presentation of her work at the Ailey Citigroup Theater.

More recently, she’s the second recipient of the Virginia B. Toulmin Fellowship for Women Choreographers at the Center for Ballet and the Arts at New York University — Melissa Barak earned the inaugural designation last year.

“It’s such an incredible honor,” Schreier shares. “And the fact that there is this focus right now on female choreographers and the need to have more of us, the fact that it’s happening at this point in my career is invaluable to me, and I do not take it for granted for a second.”

The fellowship begins early 2017. Schreier will receive a $35,000 stipend for the duration of her fellowship, of which a part of will be used to pay her artists. She’ll also have use of the center’s offices and studio.

But some artists have shied away from the qualifier of “female” — in the preference of simply being a choreographer, painter, sculptor, musician and so on. 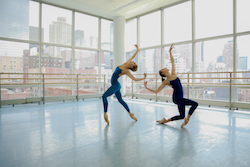 Schreier sees it as double-sided. “I was just talking to a friend, and she was saying, ‘I wish I could become a female venture capitalist’,” Schreier says, “and I was thinking, ‘Well, just become a venture capitalist.’ Acknowledging the need doesn’t mean you have to attach it to your identity.”

Schreier says being a woman makes her who she is, as much as being of mixed race does and having a strong classical ballet background. “I don’t push it away,” she says of the female qualifier as a choreographer. “But I don’t feel like I need it to legitimize what I do.”

What lies between neoclassicism and contemporary

When asked to describe her movement style, Schreier says it tends to be “somewhere between neoclassical and contemporary, but always with a strong classical base.” Over the years, she’s become more influenced by taking hip hop and contemporary dance classes. She says she does not have what is considered to be an ideal ballet body.

“Choreographing for me is kind of a way to put on other bodies what I’d like to be able to do myself,” she describes. “At the same time, there are these elements that I can execute better because I have tighter shoulders, hips, ankles — characteristics not in line with the ‘ideal’ ballet body.”

This anatomical exploration, coupled with dabbling in other forms of dance, has helped her carve out a style that is influenced by the classical and Balanchine aesthetic, but also manages to “have a flavor all it’s own” — that’s how Philip Gardner sees it.

Gardner writes about dance and opera at his site Oberon’s Grove, and he first saw Schreier’s work in 2010 at a Columbia Ballet Collaborative performance in New York. He has continued to follow her career.

“I’m looking for three things from a ballet choreographer: musicality, structure and an emotional component,” Gardner explains. “These should be givens, but so often they aren’t. Claudia’s work to date has been outstanding on all three counts.”

He goes on to say that Schreier doesn’t “try to innovate for innovation’s sake. She simply creates movement that rises out of the music.”

Recognizing Schreier’s ability to create a physical manifestation of music appears to be a common theme among her fans and collaborators. Composer Jeff Beal collaborated with Schreier for her Breaking Glass Project showcase in 2015. Beal typically composes for film, television and concert hall work, but this was his first time working with a choreographer. 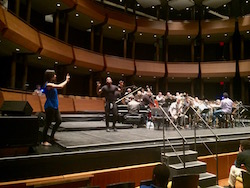 “There was a way in which she was able to convey the feeling and structure of the music in her dance works that really spoke to me,” Beal says.

For Schreier, the music always comes first — her number one source of inspiration.

The glass ceiling has been broken, but…

Gender and ethnic diversity continues to be a hot-button topic in the arts. Celebrated choreographer Akram Khan was quoted earlier this year saying, “Don’t have more female choreographers for the sake of it” — noting that the ratio of female to male choreographers has seesawed throughout history. And that may be true in the modern and contemporary dance world. But the ballet industry seems to be at a tipping point of how to get more people, with different backgrounds, at the table to create a fuller story of a centuries-old art form.

“There’s a lot of pressure, I think, on women to hit home runs each time they step to the plate,” Gardner says of why there may be less female choreographers creating work for major ballet companies. “Male choreographers can produce the occasional dud without self-immolating, but women need to be always at the top of their game.”

He says he does see consistency in Schreier’s work. But maybe it’s not about consistency. Maybe it’s something more.

“You have to be organized and unstoppable in a passion to actually finish a work, and to produce,” Beal says. “I see Claudia as a young person who has both; a prodigious talent, but also the drive and discipline to finish her ideas and make a finished work.”

Is this Schreier’s moment? She’ll have many chances in the next year to test her chops. And Schreier knows it’s ultimately about doing good work and refusing to be diverted by the occasional setback.