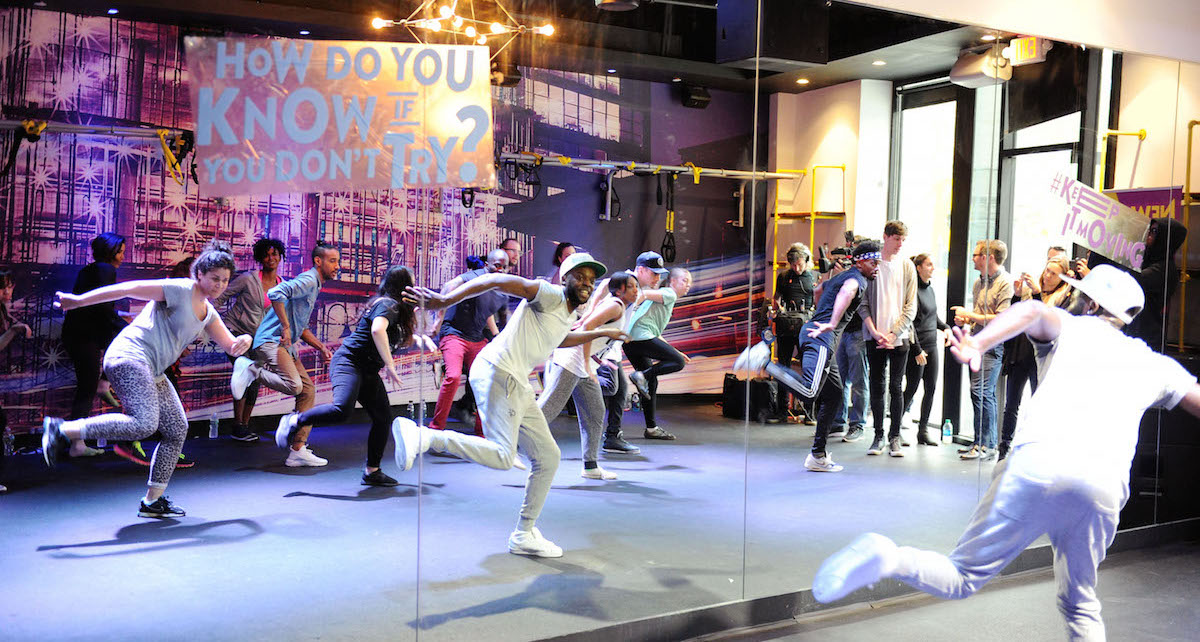 It’s always a thrilling moment, once you’ve learned a wicked combination in class and are getting ready to try it with music for the first time. The teacher exclaims, “5, 6, 7, 8!”, and then the music starts pumping and you go off. 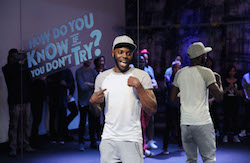 Fonseca is not only a dancer but also a choreographer and dance teacher to both those who can hear and those who cannot. This past May, as part of a campaign for the new Smirnoff ICE Electric drink, he kicked off an international hip hop dance class tour called “Keep it Moving”, in which he inspires hearing and non-hearing people to join together on the dance floor. In Fonseca’s classes, all students learn to feel the beat, uniting everyone in a love of dance.

Fonseca’s dance journey started at a young age, when his aunt first introduced him to the dance movie Breakin’. He says he immediately felt inspired and started teaching himself the dance moves by watching the movie on repeat in his bedroom. Without a hearing-impaired role model who could offer him advice, however, Fonseca stopped dancing as a teenager. But soon he took it into his own hands to keep moving.

“I still remember when I first went to hearing-impaired dance classes back in 2009,” Fonseca recalls. “My confidence was at rock bottom. The level was so advanced; I wasn’t sure if I was ready to fit in. I questioned myself but realized, ‘I’ve come all this way. How do I know if I don’t try?’ I gave it a go, made countless mistakes and realized that it’s not about comparing others, it’s not about advanced level, it’s not about my deafness; it’s about how do I know if I don’t try? How will I learn if I don’t make mistakes? Mistakes are proof that I’m trying.” 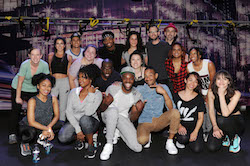 So Fonseca studied the instructor’s movements to memorize the routine, taught the choreographer basic key sign language, and asked him to turn up the bass so Fonseca could feel the vibration through the floor with his cochlear implant.

By 2013, Fonseca started teaching dance classes of his own. He expresses that a deaf dance teacher was needed in the dance community, so he completed a six-week course to improve his own skills and learn the basics of a variety of dance styles.

With the “Keep it Moving” campaign, Fonseca hopes to break down any barriers between hearing-impaired and hearing people. And he wants to inspire a whole generation that, much like he has done, they should continue to chase their dreams.

“Deaf or not, anybody can dance – deaf/hard of hearing, hearing-impaired, any other disability, any race – anyone can express themselves in different ways,” Fonseca says. “Their own path. Their own struggle. Their own journey. Their own dreams. Their own experience. Dance is a universal language.” 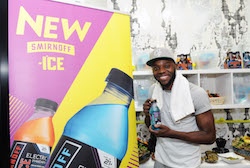 Fonseca’s classes are filled with energy, joy, movement and music. The fact that his “Keep it Moving” classes are integrated with hearing-impaired and hearing participants doesn’t matter. After all, Fonseca doesn’t even see himself as disabled.

Photo (top): Chris Fonseca leads a class for the ‘Keep it Moving’ campaign. Photo by Craig Barritt/Getty Images for SMIRNOFF.