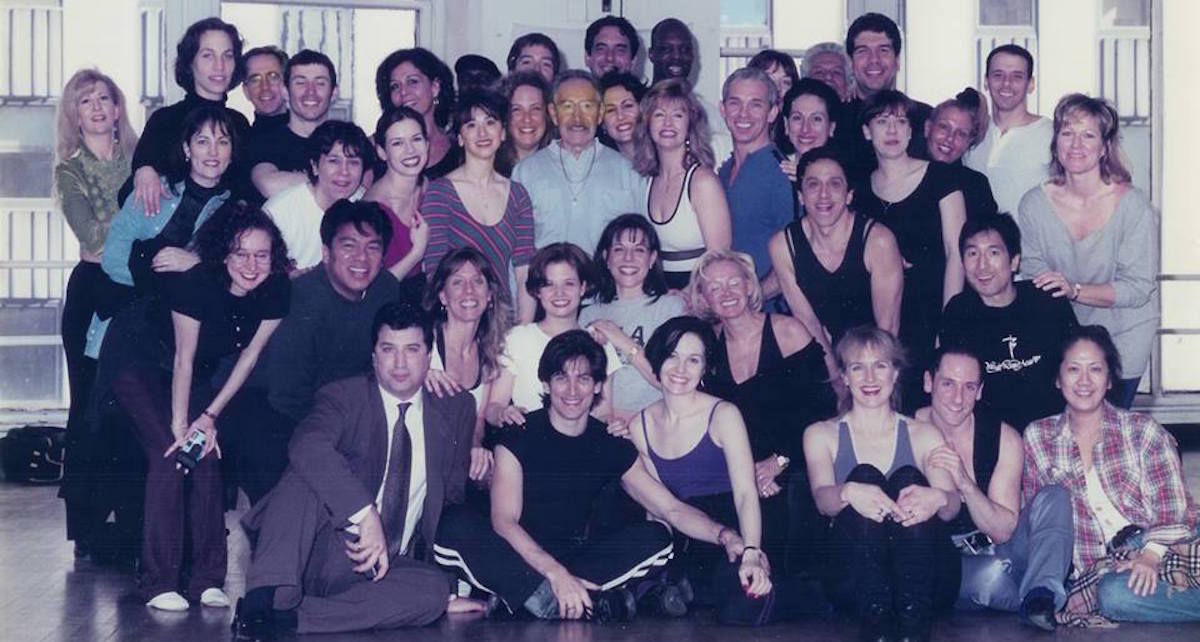 There are many dance “greats” – those who have excelled in the art form and have left lasting impressions on audience members, students and fellow dancers. Some even become known as “legends”, “masters”. Phil Black is one.

Black, who started as a competitive ballroom dancer, founded his own studio, Phil Black Dance Studio, on the corner of Broadway and 50th Street in New York City, in 1968. The school was attended by performers and stars, including Chita Rivera, Ben Vereen, Jennifer Lopez and many more. Black was known for his enthusiastic teaching and success in creating Broadway dancers. He passed away in June 2015 after a 20-year fight with Parkinson’s disease, but he is not forgotten.

Below is a tribute to that master, written by Alan Onickel, Black’s former student who went on to enjoy a successful performance career and who now teaches and choreographs internationally. 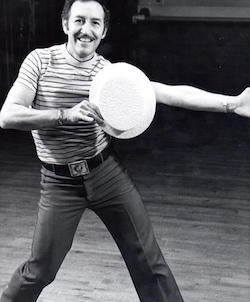 Over the past few years, I’ve noticed many articles appearing in various dance publications concerning some of the masters of the past 40 years or so – the teachers who, after years of performing, dedicated their lives to educating generations of students wanting to perform on Broadway, movies, TV or companies. The students search out these masters in order to absorb the finer points of the American contribution to musical theater known as jazz dance.

Some of the names that seem to pop up, and deservedly so, are Luigi, Alvin Ailey, Frank Hatchett, Matt Mattox, Chuck Kelly, Joe Tremaine and Gus Giordano. Although each of these masters have contributed to the immense growth and continuing spread of this unique art form, there seems to be a glaring omission.

I moved to New York during the autumn of 1977, just in time to experience the end of a very special era. When I got here, I had very little dance experience, but the girl I came with had danced her entire life, so she knew the names of some of the teachers of the era. After taking classes at a few schools, we ended up at Ned William’s school, on the corner of Sixth Avenue and 14th Street.

Ned, a protégé of the legendary Katherine Dunham, offered classes in jazz, tap, ballet, and, of course, African dance. He also employed a few other excellent teachers. One of them, jazz and tap teacher, the fantastic Eddie Wright, Jr., brought me to the studio of his teacher, the one and only Phil Black.

Phil took over the famous studio on the corner of 50th and Broadway after its original owner, his eminent tap teacher and choreographer, Ernest Carlos, passed away. For the next 30-plus years, until he moved a few blocks north to Broadway Dance Center in the early ‘80s, thousands of people came to that always steaming studio on that iconic corner to learn the skills needed to become working professional dancers. 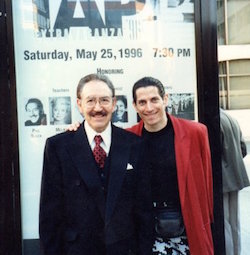 Phil Black and Alan Onickel in 1996, when Black received the Flo-Bert Award. Photo courtesy of Onickel.

Once the studio became his, Phil began teaching a special workshop on Friday evenings for kids in which he taught them jazz, tap, ballet and even tumbling. Eventually, Saturday became “kids” day at the studio, and although people of all ages were welcome, the majority of the students in Saturday’s jazz and tap classes were under 18. Many of them were already performing in Broadway shows and industrials. Phil expected, and got, the same effort from his children that he got from his “grown-ups”. A few of the many Broadway performers who began as youngsters at Phil’s include Irene Cara, Gregg Burge, Cynthia Onrubia, Danielle Brisboise (as well as many of the other original Annie orphans), Christine Langner and Anthony Marciona.

Day after day, beginner, intermediate, all the way up to advanced dancers would show up for class, pay their $2.00 (remember, it was 1977) and know they’d be spending two hours jumping, spinning and kicking to the limit, as they were challenged past their comfort zone. Classes were as exciting as seeing a Broadway show, especially because the first three or four lines were full of working dancers who wanted to warm up for that day’s show. Whether seven or 70 years old, as long as one was willing to leave their ego at the door and give 100 percent effort, students would receive nothing less from Phil.

From the mid ‘60s until Parkinson’s disease forced his retirement in the early 2000s, there wasn’t a Broadway musical that didn’t have 10-50 percent of its dancers taught by Phil. He trained his students to be able to work for any choreographer. In addition to having impeccable technique (Phil got his classical training from Vincenzo Celli), a “Phil Black dancer” had knowledge of styles including Charleston, swing, classic “strong jazz”, Latin, blues, western and whatever the style of the time was, up to and including “funk”. The ability to break down and teach these styles to their basics came partially from what he had learned in class as he was coming up, as well as from his experience as a highly successful ballroom dancer and teacher. 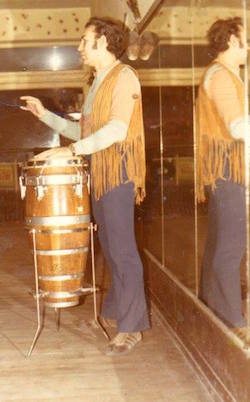 Unlike many jazz classes of today, where students do a combination for an entire week or work on past “favorite” combinations, Phil would do a completely different style combination every day. After he demonstrated each eight counts, the entire class would do the combination, followed by each line, then by half of each line and sometimes, especially in tap classes, one at a time. As he would say, “If you can’t deal with it in a class, what do you think is going to happen at an audition?”

Like going to an audition, students had to be ready to deal with whatever was thrown at them, sometimes literally. His students became very fast on their feet when, once in a while, Phil’s passion would somehow cause drumsticks to magically fly through the air. It used to be said that if someone could do Phil’s advanced class, they would be able to do any audition. Of course, this didn’t guarantee a job, but his students had the “tools” to work for any choreographer.

Although known as being a harsh and demanding taskmaster in his classes, he also had a soft side. As stern as he was, there are countless students who, when unable to afford class, were put on scholarship or just allowed to continue their training until they were able to pay. And he never missed seeing students when they got into a show; he loved seeing his “kids” perform.

Due to Phil’s passion for teaching, the studio was open every day of the year except Christmas and New Year’s. He rarely took vacations, and when offered jobs teaching somewhere out of town he often would send one of his advanced students. In addition to teaching, Phil was constantly in demand as a choreographer, and his work in nightclubs, film, and television brought him many awards, including two Emmys and a Flo-Bert and Fred Astaire Award.

Because he didn’t want to be away from his students, Phil didn’t do as many conventions as some of his contemporaries. This resulted in his name not being as well-known outside of NYC, but students still found their way to his studio. Many dancers I’ve spoken with said that whenever they went to auditions they would see the same people being kept and hired. More often than not, when these hired dancers were asked where they studied, the answer would be “Phil Black’s”. 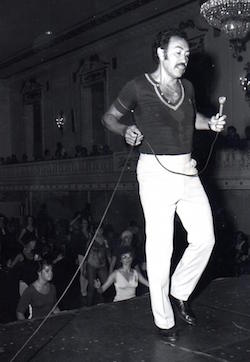 Phil Black teaching tap at a convention in the early 1970s. Photo courtesy of Alan Onickel.

Although Phil taught and choreographed for many “stars”, if you would see a list of the names of students who were in his classes day after day throughout the ‘60s-‘90s, it would be as if you were reading a playbill from those same years. Perhaps not recognized by the general public, the names are those belonging to the nameless bodies dancing behind all the well-known stars of those years. Just like in A Chorus Line (in which hundreds of his students appeared), those were the dancers found sweating daily in his studio.

To read articles about “influential” jazz or tap teachers of the late 20th century without the name Phil Black at or near the top of the list is an insult to him and the many thousands he passed the magic to over all those years. Sometimes, when I’m walking around NYC’s Theater District, I’ll notice someone gazing up to the third floor on the corner of Broadway and 50th. Behind the grins, in their mind they still see the bodies undulating and flying behind steamy windows as the master pushes them to places they didn’t know were possible.

Hear what some of Phil Black’s other students have to say about their legendary teacher:

“He was a great teacher because of his ferocious passion for dance and his incredibly high standards, which he demanded from anyone who walked into his class. He always told you the truth. If you stunk, you knew it. If you did well, you knew it. There was no gray area in that department. The stakes were very high in his daily classes. He created this amazing adrenaline that made you feel like your life was on the line.”

“The biggest facet of Phil’s greatness was that he taught us all at the end of the day to ‘respect the craft’. That’s probably why so many dancers of all levels and all notoriety would sweat it out in that little studio with the pole. On any given day, you would find Irene Cara, Erica Gimpel (FAME), Gregg Burge, Hinton Battle, Phil LaDuca (yes, the shoemaker), Jennifer Lopez and even Steve Van Zandt, along with countless other Broadway professionals, taking class with peers who were just as committed to becoming professional. When we took class, there were no ‘stars’, and Phil treated us all the same way. He yelled at us all!”

“His jazz classes were incredible. Every day a different style. Strong, lyrical, ’40s, Latin, rock. On Fridays in his advanced class, he would string together a combo that would last for weeks. You’d do a section, say to ‘Slaughter on Tenth Avenue’, and you would have to remember it until the whole thing was completed a month later. He would remember even though he would have taught 20 classes in the interim. He also was one of the first that I know who filmed his students in class — solo with our back to the mirrors! He really prepared me for my career. As a dancer, he was astounding. So light on his feet it was remarkable. This man in his late 40s could do four turns without a prep, berating/urging us as he turned about how we could all do that. Focus, perseverance, confidence, guts. That is what Phil taught me.”

“We hear a lot about how tough Phil was, but he was your loudest cheerleader, most consistent supporter. He wanted you to work, to make money, to be proud of who you were as a dancer/performer. But he encouraged all his dancers to continue to study, no matter how many Broadway shows you were in. There was far more encouragement from him than anything else. I remember one time feeling so blue, and I did not say anything to Phil, but he could feel it. After class, he pulled me aside and said things to me that were so encouraging and flattering. He did not want me to give up, and he made sure he took time to talk to me, boost my confidence and say, ‘I’m in your corner, and you can do this!’ Well, I’m still here today. I continue to teach and choreograph. He was one of the greatest influences of my life.”

Photo (top): Phil Black with many former students at Broadway Dance Center in 1996.