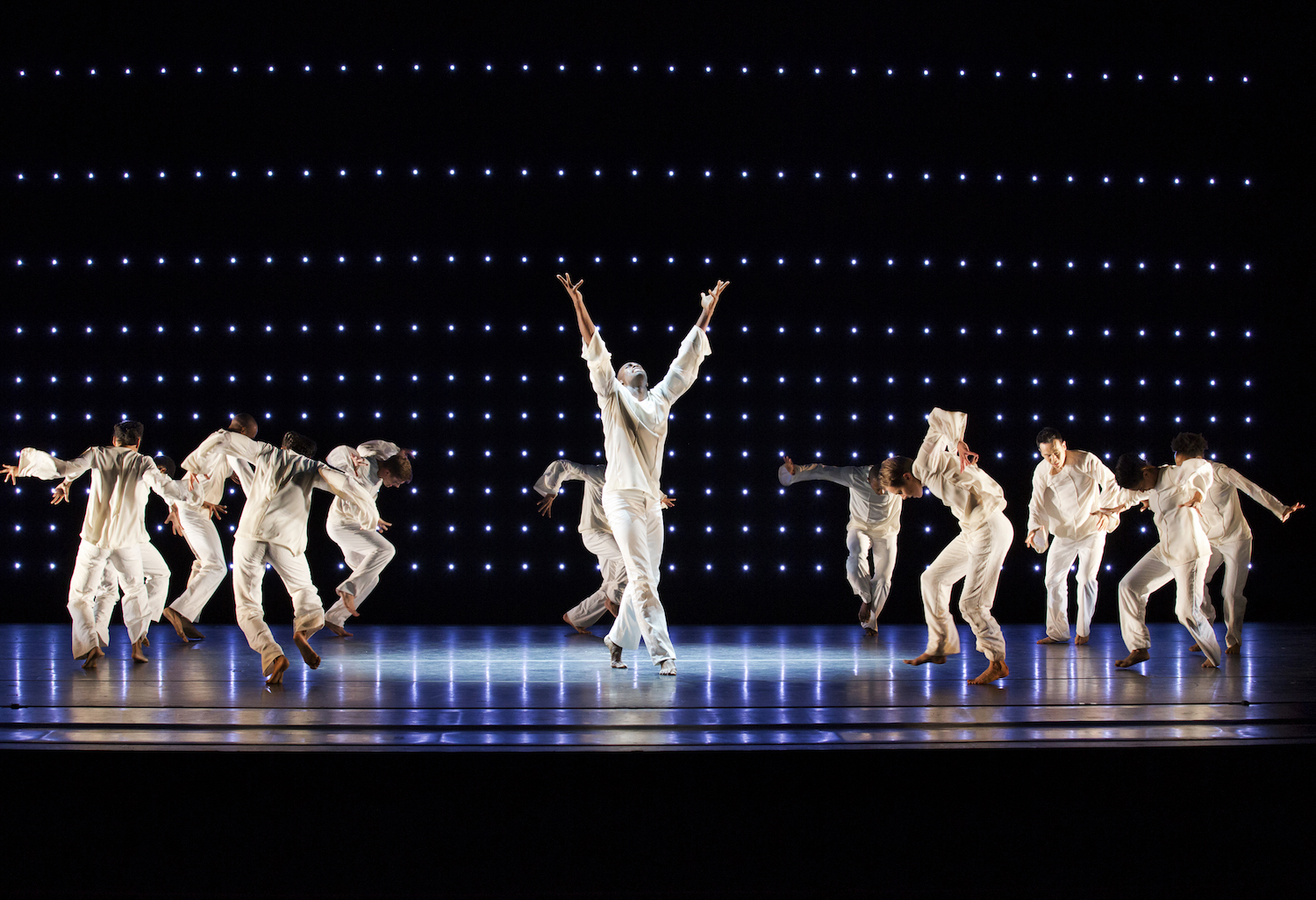 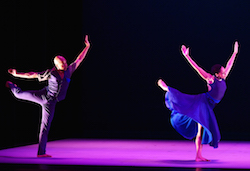 From the second Ailey veterans Linda Celeste Sims and Matthew Rushing entered the stage, Open Door immediately made viewers feel welcomed, at first to just a pleasant conversation and later to a full-on celebration. A piano’s soft melodies usher us into the piece as Sims and Rushing gracefully move through attitude turns into side reaches into strong V-shaped arm arches to the sky. The two move together without falter, with Rushing’s vest and slacks and Sims’ sleeveless, flowing dress (as designed by Keiko Voltaire) bringing an air of formality and politeness.

As other dancers join in on the work, the energy builds, until the end when a fully-fledged party seems to be taking place, with salsa steps manifesting to flaring trumpets. These Latin jazz segments by Luis Demetrio, Arturo O’Farrill and Tito Puente bring a fresh color and life to the work, while Brown’s organic movement style reveals an undercurrent of joy and peace in the midst of all the interaction. There is no anxiety, no rushing and no stress, only pure exuberance.

The tangible Cuban influence comes at an interesting time politically, when America is entering a new era of relations with Cuba. Perhaps the grace so bountifully expressed between these 10 dancers can be carried through to our nation’s governmental relations. 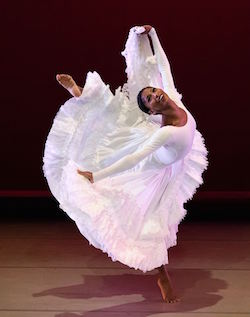 The next work, Ailey’s Cry, changed the tone of the evening dramatically, with the warm backsplashes of color from Open Door shifting to a darker, blank screen as Jacqueline Green danced this classic 1971 solo that Ailey choreographed for Judith Jamison. Dedicated to “all black women everywhere – especially our mothers,” it features one female dancer garbed in the classic Ailey white skirt with a long-sleeve, tight-fitting white leotard underneath.

With a long, white band of fabric as her only prop, Green dances to three songs: Alice Coltrane’s “Something About John Coltrane,” Laura Nyro’s “Been on a Train” and Chuck Griffin’s “Right On, Be Free,” with each spotlighting a part of her journey through life. The first seems to be mostly reflective, with Green using the fabric to create various symbolic imagery – a headdress, a rag for scrubbing and most poignantly, shackles. Then she wades through despair as she observes tragedy (a man dying of a drug overdose, as vocalized by the music) before coming back to a newly empowered sense of self-worth. Green pushes through the modern choreography, which offers little reprieve, with the well-known Ailey strength and sentiment. The Atlanta audience received her bow with applauds of approval afterward.

After intermission, Atlanta was introduced to Awakening, Battle’s first new work for the company since becoming artistic director five years ago. The premiere was certainly a product of it’s time – with a crisp, contemporary look and feel, one that made the Ailey dancers appear uniform and less individualistic in many ways. Al Crawford’s ever-changing lights were a major part of the work, as they seemed to coincide with the work’s rite of passage taking place.

In Awakening, robust Ailey dancer Jamar Roberts emerges in a cluster of dancers as a true leader. Set to composer John Mackey’s score, the work starts with a vertical line of dancers crumbling to the floor and crawling to center stage, standing up and clinging to one another while looking at the light. As the black screen slits open to reveal a line of light, the dancers sporadically move about, throwing their arms up and then twirling with their arms held horizontally beside them. 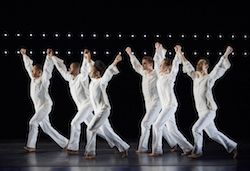 The corps of dancers move in and out of one another, sometimes holding hands in lines and other times running in swirling circles. The slit of light breaks up into lots of specs of white onto the back screen, like stars. Meanwhile, Roberts is isolated and put into the center of the action, with the music heightening in urgency.

If one was trying to create a meaning for the work, this certainly produces many variations and opportunities. One person beside me thought the work was about coding, “awakening” to a brave new digital world; another thought it was about space and the solar system, forming a new galaxy; and yet another thought it was about the need for a society to elevate a leader. All I can confidently conclude is Battle was definitely commenting on turmoil and finding a resolution.

After this, the company’s most renowned work, Ailey’s Revelations, was embraced with hoots and cheers like an old friend. Ailey dancers excelled in this multi-segment work as always.

All in all, under Battle’s direction, the company continues to move forward and produce new work, constantly adding to its repertoire and versatility, while reviving the old favorites with the same heart they were first premiered with. The Ailey dancers continue to impress with their vivacity and adaptability.