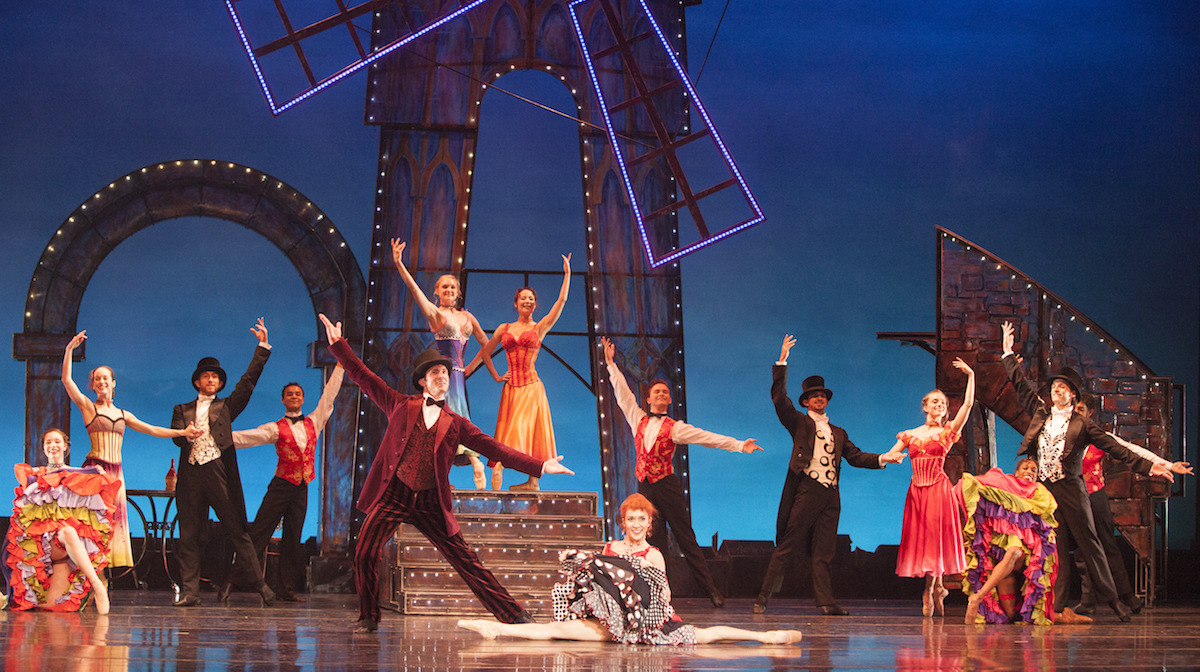 As dancers, we get so caught up in the act of preparation. The long hours of rehearsals and the endless classes spent perfecting technique can wreak havoc on our emotional well-being from time to time, and even make us question why we continue to dance. Why do we choose to pursue something that requires so much time, dedication, sweat and strength? What is it all truly worth? We are performers, entertainers to the public, not just to other dancers. Occasionally, we forget that there are two sides to our world: the backstage and the viewers. Too much energy is spent worrying about those fouetté turns en pointe, or the big lift at the end of the pas de deux, but in reality, our only worry should be: Did the audience enjoy it?

Recently, I had the opportunity to attend Atlanta Ballet’s Moulin Rouge, a ballet that added a new dimension to the company’s ever-expanding repertoire when it was first produced in 2010. With choreography by Jorden Morris, these dancers did their job well. I was thoroughly entertained. Watching them reminded me of why I love to dance – to hear the applause of the audience, to make people smile, and to feel fulfilled after a long day of work. 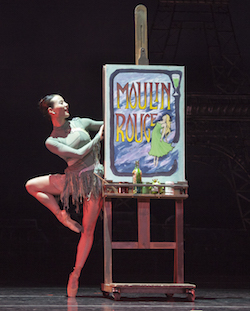 The Cobb Energy Centre set the perfect mood for the night with its luxurious chandeliers and unique artwork. Lively music played while we excitedly waited for the doors to open, and, once inside, the theatre beautifully correlated with its surrounding counterparts. It was a night set for a ballet.

One of the first things I noticed that was different from previous ballets I’ve seen by Atlanta Ballet was the missing orchestra. I was slightly disappointed that the music would not be live, but I was in for a treat. As the curtain opened, I heard the tunes of a violin and accordion, and then from side stage, two costumed musicians appeared playing a lovely melody. Soon a cello and a few others joined them, and the opening scene began to play out on stage. Both acts began with this innovative twist, and it made me want to jump up and dance along!

The real-life Moulin Rouge in Paris, France, is perhaps the most famous cabaret in history and has been the subject of many books, painting, movies and musicals. This ballet story about the Moulin Rouge introduces characters such as Matthew (danced by Christian Clark) and Nathalie (danced by Tara Lee), who meet and fall madly in love. Zidler (danced by John Welker) is the owner of the cabaret, and everyone knows he is the man who can take you from the streets to the spotlight. His commanding stage presence definitely spoke to this character.

As the story goes, many girls dance and try to impress Zidler; however, he is captivated by Nathalie and offers her a spot at the Moulin Rouge. She accepts and bids farewell to her friends and Matthew, whom she’d just met. Matthew begins to paint, and suddenly Toulouse (danced by Heath Gill) enters and critiques his work. Not knowing who this opinionated man is, Matthew becomes angry, and the two begin a painting duel. Gill glided effortlessly across the stage while Clark pirouetted for days. Their differences eventually fall away, and they become good friends. In each moment, Clark and Gill kept their movements crisp, energetic and beautifully synchronized.

Later on in Act I, Zidler has now become obsessed with Nathalie and tries to seduce her in an attempt to keep her from seeing Matthew, but Toulouse swoops in to save her. Clark and Lee then engage in a stunning pas de deux filled with romance and flawless, lofty partnering. This was easily one of the most impactful scenes of the ballet, as Clark and Lee held a beautiful connection on stage. 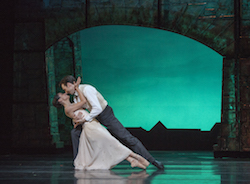 All good things must eventually come to an end, however. Zidler finds the couple together and threatens to kill Matthew. Woefully, Nathalie says she will be with Zidler in order to save her true love. Matthew is heartbroken and begins to drink absinthe, and then green fairies appear. These fairies added an eerie, yet elegant, quality to the production, which stood in contrast to the previously upbeat scenes.

When he awakes, Toulouse devises a plan to disguise Matthew as a waiter in order to get back into the cabaret. That evening, the lovers find each other and try to escape, but Zidler spots them yet again and becomes furious. His intention is to kill Matthew but (spoiler alert!) Nathalie is shot instead. As she dances for the last time, the desperation in the artists reached out and touched the audience; you could feel the tension in the air of the theatre.

Overall, every dancer performed from his/her heart, and everyone could see their love of dance. And that is what gets me excited about ballet: seeing other people dancing with such passion that it makes me feel something. For me, this last scene was the most memorable, as it held such purpose and gave the dancers feelings with which to experiment. Their expressions were so real, and their devotion so true, that it gave me yet another reason to dance. Yes, I would say that the Atlanta Ballet performed an exquisite masterpiece.