Update on the Company’s move ahead of 21st anniversary

In July, Complexions Contemporary Ballet announced that it would be moving 870 miles south of its current base in New York City to the thriving city of Atlanta, the new Hollywood of the south. On the brink of its 21st season, the forward-thinking company divulged that it was looking to finally purchase its own property and to set up long-term roots. 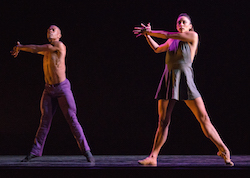 Complexions in ‘Cryin’ to Cry Out’. Photo by Nehemiah Spencer.

Rhoden explains, “Desmond and I had been looking at multiple cities in terms of expanding the company. We wanted to find a city where the company could really realize the next chapter in its development. We felt as though Atlanta was a city that had a really vibrant arts scene and was culturally diverse.”

“In choosing Atlanta, it actually chose us,” Richardson adds. “The more we looked at it, the more we thought the city was ripe to accept a company like ours.”

With local supporters on hand to help welcome them and to help acclimate them to the pre-existing scene, Complexions chose the city over others like Dallas, Miami, Detroit and even LA. Self-described as “a contemporary ballet company that fuses many different styles, qualities and textures together to present beautiful movement to audiences”, Complexions hopes that its multi-ethnic company will be embraced by a city with such a rich racial variety. 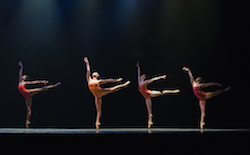 Complexions in ‘Ballad Unto…’. Photo by Ashley Mayeux.

“What we bring to Atlanta is something that’s completely different, and it will add to the fabric of what is already going on there,” Richardson says. “We are excited to embrace everyone there.”

According to Richardson and Rhoden, the company’s “Beyond 20” campaign has many goals. Firstly, it wants to purchase its own facility. It’s been shopping for a few months now but hasn’t pinpointed an exact location. While they’re “hot and heavy on that pursuit”, according to Rhoden, Richardson cautions it will likely take time. Until then, the company will likely rent space.

“We’ve been nomadic for 20-plus years now, so this is a big dream we desire to have realized,” Rhoden shares. “We have our summer programs in four cities every year – New York, Detroit, Dallas and now Atlanta. So we have a number of educational programs, but the dream of having our own home school and training ground so that we can really influence the next generation of dancers is key for us.”

The organization, which already has an Atlanta administration office set up, has plans to officially relocate all its dancers and artistic staff just before the beginning of the 2016-17 Season. 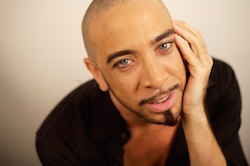 “As far as the dancers go, this is a transitional season for the company,” Rhoden says. “We’re still operating out of New York. We still rehearsed here before we went on tour this fall. Then we obviously just had our Joyce Theater season. The plan is that by the beginning of next season, probably in late summer, the dancers and the entire company would be relocated to Atlanta.”

Another goal the company has is to launch a second company for young, aspiring dancers just starting out in their career. “We are looking to put together a junior company because there are so many young dancers around 18 or 19 years old who might not be ready for the main company but are still exceptionally talented,” Richardson explains.

In addition, the company is hoping to start presenting regular Atlanta performance seasons. Originally, Complexions announced a fall season set for October, but after reconsideration decided to reschedule it to Wednesday, December 30, at the end of its Atlanta Winter Intensive. The company performed works from its recent New York season, including: Rhoden’s new neoclassical work Ballad Unto…, which premiered last year with the Rome Opera Ballet and was more recently performed by the Tulsa Ballet in Oklahoma; a very special solo, Imprint/Maya, danced by Richardson and dedicated to Maya Angelou; and the quartet Cryin’ to Cry Out to the music of Jimmy Scott. 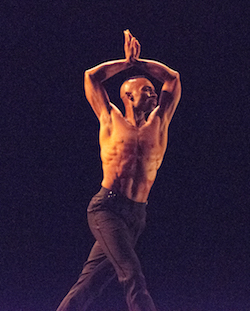 Strum, set to the music of Metallica, was also presented to a clearly excited audience. Reflecting on its recent presentation in New York at The Joyce, Rhoden says, “Strum was received very, very well. People were pleasantly surprised, I think, to see heavy metal combined with contemporary ballet.”

In addition to Complexions’ major transition, Richardson and Rhoden are keeping busy as in-demand master teachers and freelance choreographers/guest performers. Richardson recently taught at the Intensity Dance Convention in Indiana and is looking forward to teaching at Artists Simply Human Dance Convention next month. Rhoden, on the other hand, has been working on premieres for Silicon Valley Ballet in San Jose, California, and the Charlotte Ballet in North Carolina, where he is resident choreographer. His evening-length work, The Great Gatsby, just finished a tour throughout Russia and is looking to travel to Europe and possibly America.

As a longtime Capezio ambassador, Richardson says he is always glad to have Capezio in his corner. Whether teaching or rehearsing, he loves his Capezio apparel and especially his jazz shoes. He notes, “You learn from your past to create your future, and Capezio is a part of that future.”