What do the Château de Versailles, Memphis-native street dance sensation Lil Buck, and an elaborate glass fountain have in common? Los Angeles, naturally.

Earlier this year, an on-site performance by Benjamin Millepied’s LA Dance Project and guest artist Lil Buck marked the official unveiling of the storied château’s redesigned Water Theater grove, which boasts three newly constructed abstract fountain sculptures inspired by the intricate baroque dances made popular by Louis XIV. It is just this type of collaborative, multigenre undertaking, this mixing of history and contemporary culture that characterizes the collective vision Millepied and his creative team hold for his young company. According to Managing Director James Fayette, this vision reflects a broader progressive trend within the international dance landscape, a movement for which he identifies Los Angeles as a major axis. 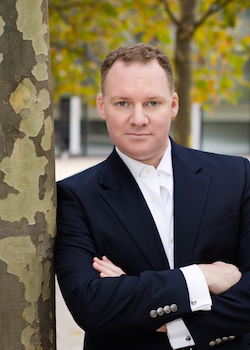 “There’s this universal understanding that dance is mostly commercial in LA, possibly because there’s a lack of a major long-standing concert dance institution,” he surmises. “The fact is that the environment is super ripe for the art form. It’s rapidly changing and attracting a lot of other creative genres. Many artists are coming here to explore new experiences that might not have been available to them in more established markets like New York City…There’s this synergistic energy to being a contemporary dance company in LA at this particular time.”

Since its inaugural performance in September 2012, LA Dance Project has been capitalizing on this auspicious atmosphere both to promote the work of emerging and established dance-makers and to introduce new audiences to time-honored modern repertory. The self-described artist collective has enjoyed a hearty international reputation from the get-go, thanks to its founder’s European connections. But Fayette has a keen eye for further broadening the reach of the company within the US, in addition to nurturing its already strong relationships abroad.

“Because the company launched out here [in LA] and Benjamin has ties in Europe, a lot of work has been done in those two places,” he relates. “We have a partnership with the Ace Hotel Theatre, which is a fantastic downtown LA venue with a lot of history, and we’ll be performing at the Wallis [in Beverly Hills]. This is the environment in which we thrive while creating, but we want to do it all…We desperately want to dance more throughout America and we’re aiming to increase domestic touring.” 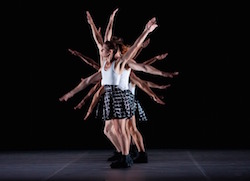 Within the next few months, LA Dance Project will be doing just that, making appearances at Jacob’s Pillow and NYC’s Fall for Dance. New repertory selections being prepared for these and other 2015/2016 performances include a piece by company member Julia Eichten (the choreographer behind the Château de Versailles collaboration, O’de) and a set of three Martha Graham duets once captured on film, but never before seen on stage. Because the original music for the Graham works was improvised, composer Nico Muhly has been enlisted to provide fresh scores for the staging, contributing to what Fayette deems simply “a wonderful opportunity to create something new out of something old.”

As the company endeavors to expand its geographical scope, it also aims to stretch its artistic range with the recent appointment of two key team members: Rehearsal Director Banu Ogan, a former Merce Cunningham dancer and well-known Cunningham répétiteur, and Associate Artistic Director Carla Körbes, who took her final bow as a beloved principal with Pacific Northwest Ballet less than two months ago. “To bring someone from that rich modern dance world and pair her with someone from the top of the ballet world — this is really what we envision as the future of dance,” Fayette says. 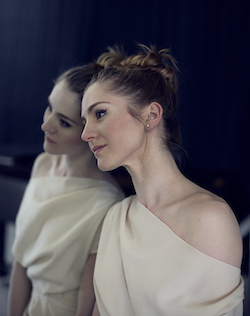 As for Körbes, who surprised many when she announced her impending retirement late last year, the decision to dive into a new occupation so shortly (mere weeks) after stepping away from another felt entirely organic to her. Indeed, it came as a welcome distraction, she admits:

“The truth is that it’s hard to have started so soon. But it’s good that I don’t have downtime. It’s difficult to leave a career you’ve been in for so long because what you do is part of who you are as a person. I like challenges though, and I’m really looking forward to this one.”

Like Fayette, who ended his tenure as a principal with New York City Ballet in 2005 and barely missed a beat in shifting from stage star to arts administrator, Körbes views her ballet background as an invaluable asset rather than a hurdle in the transition to a more contemporary forum. She also notes that her exposure to work by choreographers such as William Forsythe and, of course, Millepied while dancing with NYCB and PNB has made the move less daunting than it could have been.

“Dance is dance like love is love,” she philosophizes. “Everything in contemporary work comes from a classical base, and I’m going to encourage the dancers to really explore the classical material. I want to know how they see classical work and share with them why I think the classical technique is so important. When the body is trained in this way, you start to use your feet and hands differently. . . . If you only take contemporary or improv classes, you’re only getting release, contract, turn-in. It’s nice to bring the body to a different dimension.” 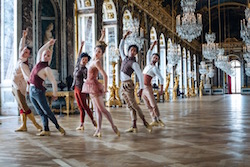 This belief in the benefit of well-balanced training resonates deeply with Fayette and reflects another of his managerial missions with LA Dance Project: fostering an educational alliance between the company and the Colburn Dance Academy, a ballet-based pre-professional training ground housed within LA’s Colburn School. When Millepied assumed the role of artistic advisor for the institution’s budding dance program in early 2014, he invited Fayette and Jenifer Ringer (Fayette’s wife) to join him as associate director and director, respectively. The year-old academy is guided by a holistic ethos similar to that of LA Dance Project, says Fayette, who not only emphasizes the value of the exchange for the students, but also hints at the potential for a more tangible reciprocity between the two entities.

“The academy’s affiliation with LA Dance Project stems from Benjamin’s belief that every dancer has to do everything now,” he explains. “What people are looking for is someone who can be thoughtful and introduce something unique to a piece of choreography. . . . The students come into the company’s studios to take class once a week — out of the school environment, into the grittier downtown environment — and attend rehearsals and speak to the professionals to get a sense of what the career is really like. Right now, the students are prepared to go into any company, but eventually, the goal would be to have a few of them feed into this one.”

But the most immediate objectives for LA Dance Project lie beyond the studio, within the surrounding community, where the troupe will continue to seek out artistic partnerships, blur the lines between creative fields, and cultivate a stronger audience for dance — charges that Körbes greets with enthusiasm.

“What we really have to do is educate the audience so that they want to come to the theater to see dance,” she asserts. “It’s not just movies and the symphony out here. A lot is happening in the city. . . . It’s an adventure, and we’re all in the same boat, trying to make dance more alive here in LA.”