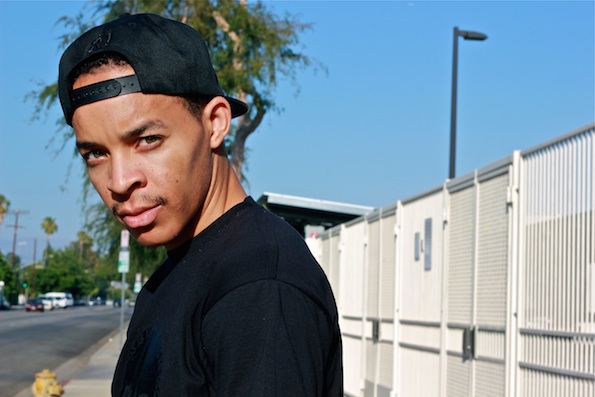 This April, two dance forces will join together with the mission of providing positive dance experiences to the youth. Future World Productions (FWP), a Cincinnati, Ohio based non-profit performing arts and education center, and dancer King Charles will host Toyota’s Learning Through Leadership, a program for youth ages 14-24 that allows them to be at the forefront of a creative project, guided by a professional mentor in the arts.  This could mean kids would assist a choreographer in a dance class or perform as a main act’s back-up singer or dancer.

FWP has chosen King Charles as its latest mentor, as his footworking dance style is unique, fun and exciting. And King Charles is equally excited about the collaboration and to share his knowledge and dance style with the youth.

King Charles, of Chicago, Illinois, says he started dancing as soon as he could walk. He was technically trained in Chicago Footwork, a fast-paced dance style that requires the dancer to move his/her feet to house and juke music, reaching tempos of 160bpm. He also studied New York house dance and hip hop. He has worked with celebrity artists such as Madonna, will.i.am, Missy Elliott, Katy Perry and Willow Smith, and he competes, judges competitions, teaches, choreographs, performs and gives lectures.

“Chicago Footwork requires a lot of stamina and lightness of the feet,” King Charles says of his style. “The lower body is the main focus, but the upper body assists along the way to give it that distinct ‘Chi-Town’ flavor. I definitely believe that there was some influence of breakdancing, popping and maybe a little tap dance.”

King Charles, whose dance name comes from the first footwork competition in which he entered, called “King of the Circle”, says his entire family are musicians. “I’ve come to the realization that I am, too,” he adds. “Except my instrument is my body.” 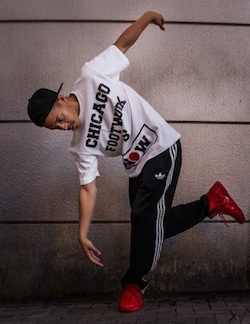 Dancer King Charles, who specializes in footworking dance style, will partner with Future World Productions for workshops and events for the youth this April. Photo by Anne Vornbrock.

FWP’s Event Coordinator, Merissa Lawrence, first discovered King Charles on YouTube. She was instantly impressed and believed he would be the perfect addition to FWP’s dance workshops and programs.

“Any dancer out there who really wants to grow as a dancer and consider themselves a real dancer should want to accept a new challenge and take King Charles’ class and try his choreography,” says Brandy Yvonne Hambrick, artistic director of FWP. “It’s so different, something you don’t and won’t see every day.”

With FWP, King Charles will host a series of several two-hour dance workshops beginning April 18 for students ages eight through adult. He will also serve as choreographer for some FWP shows, will host some of his own shows and will lead workshops for the Toyota’s Learning Through Leadership Program.

“The point is to educate and to give youth a unique hands-on experience by a professional in the industry who will motivate and help guide them on their future career path, even using that experience as a reference for college or on a job application,” Hambrick explains. “At Future World, we always try to think outside the box and show youth that what they may consider extraordinary is obtainable. These kids become confident, educated and empowered. They now have a goal.”

King Charles says he and FWP have a lot planned for these upcoming programs and for the future.

“What they stand for is what I stand for,” he adds. “The youth get the chance of a lifetime to assist and team up with well-known, groomed leaders who have been in the business for a long time. Those inspirational artists, whom most students have to travel the world to find, are coming to their doorstep to give them hands-on pointers in the entertainment field.”

“King Charles is an educator, a very professional experience,” Hambrick says. “Unlike most dance workshops, you won’t just be taking a class to learn a few steps here and there. You actually leave with a full dance experience and are more knowledgeable than you were before.”

To learn more about FWP’s upcoming events with King Charles, head to www.futureworldproductions.org, and to check out King Charles’ fancy footwork, visit his website, kingcharlesfootwork.com.