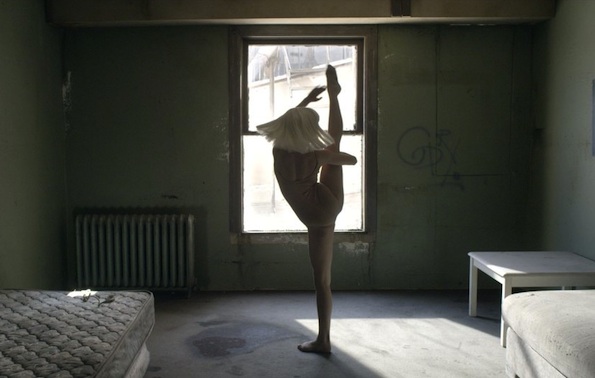 2014 has come to an end, but what a year it was for dance in music videos! It seems the music and entertainment industry really leaned in close to the dance scene to not only garner inspiration for new projects, but to pick artists and feature companies in videos and productions. And of course, the dance scene did what it does best – amaze and inspire.

Now, it’s not like dance in music videos is new – far from it. (Michael Jackson’s iconic “Thriller” and Beyoncé’s popular “Single Ladies” should come to mind, along with dozens of others.) In fact, dance and music videos have had a happy marriage for a long, long time. But like any relationship, it has its ups and downs. Recently, dance has reclaimed its role in the spotlight and actually stolen the show.

Here is Dance Informa’s top 10 list of music videos highlighting dance in 2014, in no particular order.

This video helped further propel Maddie Ziegler of Dance Moms fame into the limelight when it was released in May to great fanfare. Choreographed by Ryan Heffington, owner of the Sweat Spot in Los Angeles, “Chandelier” presents 11-year-old Ziegler in a skin-colored leotard and a platinum wig acting the part of a fully fledged mental case in a dingy, rundown house. She tilts, turns, jerks, kicks, leaps and pretty much goes crazy – all the while showing off her excellent extension and hyper flexibility.

Ziegler captivated in her role so much so that she was requested onto the Ellen Show and Jimmy Kimmel Live. In September, Ziegler danced her renowned routine with Allison Holker to Sia’s live performance of “Chandelier” on ABC’s Dancing With The Stars. This music video and its star have certainly brought dance some extra attention this year, with the video getting more than 424 million views thus far.

Taylor Swift as a ballerina in her “Shake It Off” music video. Photo source: Vevo.

Taylor Swift’s “Shake It Off”

Yet, perhaps the most popular music video of the year is Taylor Swift’s adorable and dorky “Shake It Off”, which has over 436 million  (and counting!) YouTube views since the video’s release in mid-August. While an obvious choice for this list because of how much dance is featured, the real highpoint is the diversity of dance. The video cycles Swift through a variety of movement styles, everything from ballet, to hip-hop, to contemporary, to cheerleading, to tutting, to twerking. Directed by Mark Romanek, the video also had the creative input of choreographer Tyce Diorio and featured professional dancers like So You Think You Can Dance alumni Melissa Sandvig, Fik-Shun and hip-hop phenomenon Phillip Chbeeb.

Speaking of Phillip Chbeeb, did you see him killing it in this video? Released in early August, this sinewy hip-hop dancer (also known as “PacMan”) shows off his many moves, popping, locking and high stepping in this rags-to-riches saga that was directed by Emil Nava. Perhaps you remember Chbeeb as a contestant on Season 5 of So You Think You Can Dance? If not, maybe you saw him in the 2012 movie Step Up Revolution or the latest Step Up All In.

With the guidance of choreography team NappyTabs (A.K.A. Emmy Award-winners Tabitha and Napoleon D’umo), Chbeeb uses dance to convey his journey from a guy down on his luck to one literally swimming in the life of luxury. (Also, shout out to Shaping Sound dancer Justine Lutz who was featured in this video and “Shake It Off.”)

Still of Ed Sheeran dancing with Brittany Cherry in “Thinking Out Loud.”

Also, while we’re appreciating English singer-songwriter Ed Sheeran, we can’t bypass his awesome debut into the world of ballroom in his “Thinking Out Loud” music video. This video stands out for many reasons. First off, Sheeran who usually keeps a relatively low profile not only takes centre stage, but he actually does so dancing! The video, which received 2.7 million views in less than 24 hours, was choreographed by Nappytabs as well. It features SYTYCD Season 10 alum Brittany Cherry as Sheeran’s love interest.

According to Rolling Stone, Cherry actually spent five hours per day secretly training Sheeran for the music video while she was on tour with him earlier this year. His hard work definitely paid off.

The Veronica’s “You Ruin Me”

Australian pop duo The Veronicas released their emotive song “You Ruin Me” off their third studio album in September. The music video, which was filmed on location in Los Angeles and in Sydney’s State Theatre and Bangarra Dance Theatre, was inspired by ballet, and more specifically, Darren Aronofsky’s 2010 film Black Swan.

Directed by Matt Sharp and Tapehead, the video features ballerinas warming up in class and their dodgy instructor, played by choreographer Jason Winters, making some suspect moves on his dancers. While the scenes aren’t necessary filled with great, technically proficient dance sequences, they do bring viewers into the competitive, and sometimes dark, world of professional dance.

The Veronicas performed “You Ruin Me” on Australia’s X Factor in late September and the song was used for Dancing with the Stars on October 30.

Carrie Underwood’s “Something in the Water”

“Something in the Water” features Underwood singing her gospel-influenced song surrounded by 12 dancers from Shaping Sound dance company. The dancers, who are outfitted in loose gray/off-white shirts and dresses, beautifully move and turn in ankle-deep water as the lyrics allude to baptism. Choreographed by none other than Travis Wall, this video will give you chills.

Lindsay Nelko, centre, with dancers Kathryn McCormick and Robert Roldan on set of “Get Out Alive.”

Sheena Grobb’s “Get Out Alive”

Another video that is sure to give you chills is this small-budget project for Canadian singer-songwriter Sheena Grobb’s heartbreaking “Get Out Alive.” Choreographed, produced and co-creatively conceptualized by Lindsay Nelko, it features SYTYCD all-stars Kathryn McCormick and Robert Roldan in a desperate, poignant pas de deux. Be warned that this video may make you want to curl up and eat chocolate.

The Bynars’ “Time vs. Money”

One video that seemed to fly relatively under the radar this year was ballet-infused “Time vs. Money” by The Bynars. Combining ballet with the pop/rock sounds from this Boston-based indie band might seem a little odd and even forced at first, but once you start watching you’ll agree that this video is really quite neat.

Conceived and directed by Shaun Clarke, the video’s most notable quality is its lighting. Shot in black-and-white, it uses contrasting bright light and heavy shadow to give it a classic, rock-and-roll feel. That paired with the actual choreography and the confidence with which the dancers deliver it colors it a gloriously punk moment.

And the most epic music video of the year award goes to OK Go! Released on October 27, this ‘’eye-popping, retro-futuristic video” (as dubbed by Billboard) includes hi-tech scooters, umbrella-wielding dancing schoolgirls and one very large car park. And to make things even crazier, the ambitious video was shot in one continuous five-minute take by drone cameras!

Still from The Bynars’ “Time vs. Money” music video.

Directed by Kazuaki Seki, the video opens with the Grammy Award-winning four-piece band resting on Honda UNI-CUB scooters. The band members ride the scooters through a school and out into a car park, where all the real magic happens.

What’s most impressive about this massive dance spectacle? How choreographer Furitsukekagyou air:man ensured that each dancer’s umbrella opened, closed and twirled in perfect unison. You truly have to see it to believe it. Just wow.

Lastly, Idina Menzel and Michael Bublé’s “Baby It’s Cold Outside” was released in November. It features two adorable, fancy-footing youngsters in place of the celebrity singers. Choreographed by Lynn Page, known for her work on London’s West End and Broadway’s La Cage Aux Folles, it has the kids dancing and flirting away in a swanky hotel as they lip-sync the lyrics. I have a feeling we’ll be seeing the names Emily Carey and Harry Collett again one day down the road. In the meantime, enjoy this fun little dance number, reminiscent of days long ago when Fred Astaire and Ginger Rogers were hot and everyone wanted to be ballroom dancers on the silver screen.

Did we miss a music video from 2014 that you think should have been included? If so, please let us know in the comments below! Have a Happy New Year!