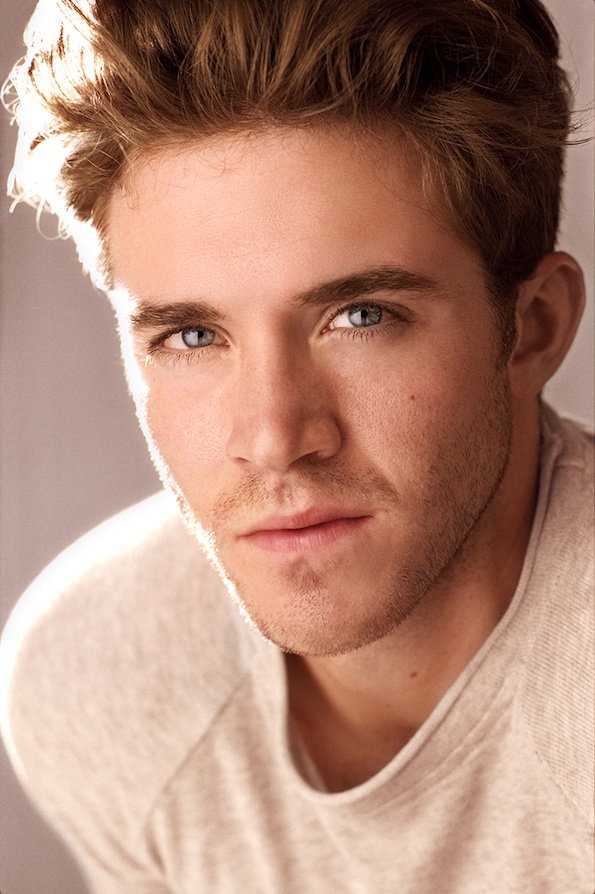 Bull Durham, a new musical that premiered at Atlanta’s Alliance Theatre this fall, is blunt, sexy and loveable, all thrown into one show. With a story shaped by author and film writer/director Ron Shelton, music by Susan Werner and choreography by rising star Joshua Bergasse, the original show was a homerun.

Set in Durham, North Carolina, Bull Durham is focused on one woman trying to help any new player that joins the Bulls minor league baseball team that year find their rhythm through unconventional methods. Hilarious, yet warm, the actors did a wonderful job of storytelling through beautifully written music, well-staged choreography and flawless comedic timing.

Recently, Dance Informa had the pleasure of sitting down with Jake Boyd, the actor who played character Jimmy Tide in the show. Boyd shared how he switched gears from Rock of Ages to work on Bull Durham, what is was like working with Joshua Bergasse and what the show’s future looks like. 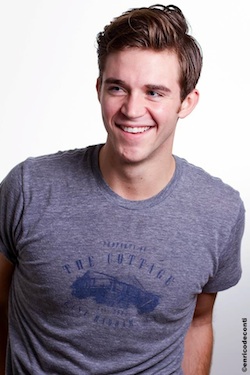 The first thing that came to mind when chatting with Boyd was how perfect he was for this role. Hailing from Tuscaloosa, Alabama himself, the musical theatre actor has a contagious smile and genuine heart – truly the epitome of southern charm. His character Jimmy Tide is a Bible-thumping minor league baseball player that is innocent and sweet. It wasn’t a stretch to believe Boyd in his role.

Boyd shared that one of his favorite things about this show was working with original content, as compared to working on his previous credit, Rock of Ages on Broadway.

“I don’t usually get to be in a process like this where you’re working on a new show and you’re creating a character,” he said. “The main thing I love about being in a show like this, is really getting to be an actor, as opposed to working on a show that has been running for three years, where I had to follow a formula, learn it in two and half weeks and just do it.”

Another favorite part about Bull Durham for Boyd was working with choreographer Joshua Bergasse. He said, “I love Josh. I think Josh is a great guy. He’s super talented. I didn’t get to work with him as much because I’m not in the big dance numbers, but it was fun when I did get to work with him.”

Boyd’s character does not dance as much as some of the other characters in the show, but he explained how difficult it was learning some of the bat choreography for the opening and closing numbers.

“We use real bats. Those are real, wooden, Louisville Slugger, bats. Swinging the bat while doing footwork in the finale is not as easy as we make it look,” he noted. 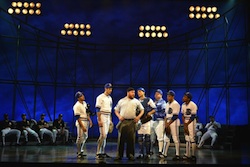 The cast of Alliance Theatre’s world premiere production of ‘Bull Durham’, which ran September 3 to October 5, 2014. Photo by Greg Mooney.

At times, the choreography was a bit simplistic in nature, but Boyd explained why that was on purpose.

“There was talk early on about how good at dancing should the baseball players be? Because they’re terrible athletes. I mean, they’re not a good team. So I know that [the production team] crossed back and forth about what the story was that they were going to tell. Because a lot of the dancers up there can do amazing things, but it’s like, well, I don’t know if that’s these Durham Bulls players.”

Bergasse’s number “Winning” is the show’s biggest and best dance number. Full of players stretching, throwing baseballs and swinging bats, there is a lot happening onstage. Boyd stated, “When I watch that number, it’s almost like some of it doesn’t even look like choreography. Even though I know that there are counts to everything. I think, ‘I don’t even think that’s choreographed’, but clearly it is because he does the same movements every time. They rehearsed that number every single day.”

The choreographed set changes were huge hits with the audience throughout the show. “We spent so much time on transitions,” Boyd said. One audience pleaser is a set change where two of the Bull’s players baseball-slide onstage to remove a bed and tiptoe like ballerinas offstage.

Another big dance number in the show is when Boyd’s character, Jimmy, gets married to Millie, and the baseball team is there wearing their uniforms with bow ties. The wedding scene is full of fun choreography that integrated the bats as swords that the new couple walks under once wed. 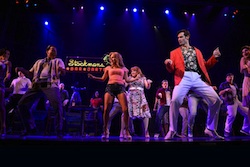 As for the future of Bull Durham, no one knows yet. Boyd explained there is a little added pressure being involved in an original work.

“If the producers want their show to have a life afterwards, there is pressure because they are putting a lot of money into the show… there is a lot of time and energy that goes into a musical before the actors are even in the room. So as an actor, you don’t want to let them down. And if the show goes on [to Broadway], you don’t want to get replaced, you want to be a part of the show,” he said.

Personally, I am not too worried about the future of the show. For me, references to 80’s and 90’s dance fads like “the shopping cart” and Michael Jackson is enough to warrant a Broadway [home] run. I think you should expect to see Bull Durham in Broadway lights very soon.