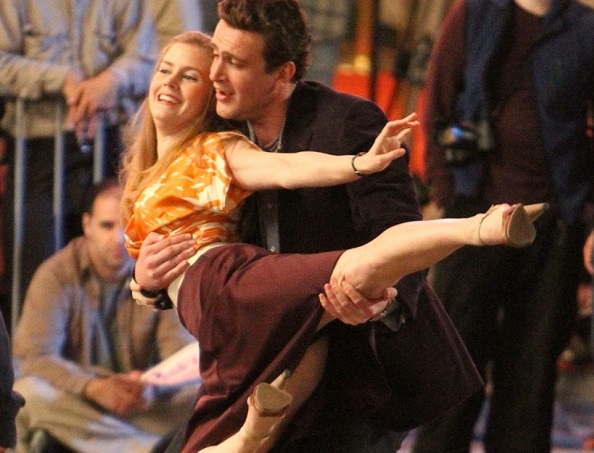 These celebrities have found their stardom on the big screen and radio airwaves. But before they were famous, these actors and singers spent a lot of time in the dance studio.

It’s no longer a surprise that Australian actor Hugh Jackman is a great dancer. While he gained a lot of recognition for his appearances in blockbuster movies like X-Men and Wolverine, Jackman began his performance career in musical theater and trained at the prestigious Western Australian Academy of Performing Arts at the Edith Cowan University. He won a Tony for his role in the 2003 Broadway musical The Boy from Oz and received great acclaim for his 2011 concert Hugh Jackman, Back on Broadway.

Emily VanCamp, star of ABC’s Revenge, seemed poised for a career in ballet as a promising pupil at the Les Grands Ballets Canadiens’ training program in Montreal. After visiting her sister on set of a 1999 movie called Ladies Room, VanCamp was bitten by the acting bug and enrolled in classes — the rest is history.

Before her hit single “A Thousand Miles,” Vanessa Carlton was actually a budding ballet dancer at the School of American Ballet. In interviews, Carlton is often quoted about how challenging it was leave the dance world, but she struggled with the level of discipline required to pursue it professionally and followed her affinity for music instead. 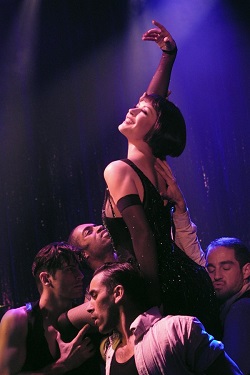 A trained dancer and singer, actress Catherine Zeta-Jones first got her start in musical theater, appearing as the lead in the British revival of the musical 42nd Street at 15. She got to show off her dancing skills again in the 2002 movie musical Chicago.

Golden Globe Award-winning actress Jenna Elfman, best known for her role on the ABC hit series Dharma and Greg, is a classically trained ballet dancer. She switched to acting in her 20s after battling several bad injuries, but continues to be a public advocate of dance — she has made several appearances as a guest judge on FOX Network’s So You Think You Can Dance.

Funny man Jesse Tyler Ferguson has become a household name for his role at Mitch Pritchett in the ABC sitcom Modern Family. But Ferguson, a graduate of the American Musical and Dramatic Academy (AMDA) in New York City, got his start in musical theater. And, early in his career, worked as a singer and dancer at Cliff’s Amusement Park in Albuquerque, New Mexico.

Patrick Swayze grew us dancing. His mother, Patsy Swayze, owned a dance school in Houston, where he trained. Patrick then trained at the Harkness and Joffrey ballet schools in New York City and, eventually, married dancer/actress Lisa Niemi, who he danced with at his mother’s dance studio.

Before finding his fame in movies, actor, director, and screenwriter Christopher Walken’s theatrical training had a major dance emphasis. He studied musical theater at Washington Dance Studio and later at Hofstra University in upstate New York. Walken actually still likes to squeeze in a step or two for his cinematic appearances and busted a move in Fatboy Slim’s “Weapon of Choice” music video in the early 2000s.

Add Amy Adams to the list of aspiring ballerinas turned actresses. Born in Italy and raised in Castle Rock, Colorado, Adams studied dance at a local dance school in Castle Rock and got her first professional gig as a dancer with the Boulder Dinner Theater. She then moved to Minnesota to further her musical theater ambitions with the Chanhassen Dinner Theater. An injury eventually sidelined her dancing dreams, but an appearance in the 1999 mockumentary Drop Dead Gorgeous propelled her acting career.

Actress Neve Campbell (Scream, Party of Five) trained for eight months with the Joffrey Ballet in Chicago in order to take on the role of Ry in director Robert Altman’s 2003 movie, The Company. But her dancing roots go back much farther than the film. Campbell trained for a bit at the National Ballet School of Canada in Toronto, but never pursued a career in dance due to an influx of injuries. However, her passion for the art form did lead her to co-write and star in The Company.