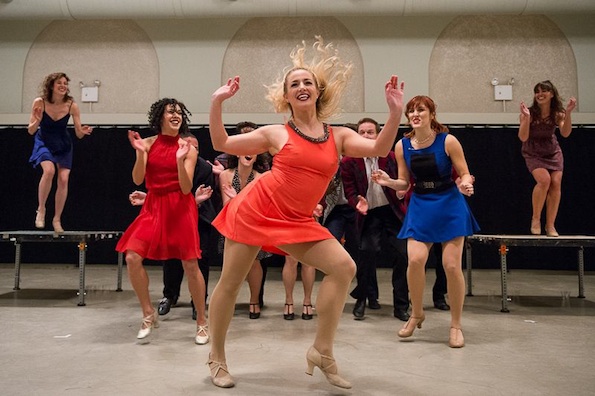 This November, The Joyce Theater in New York will host the debut performance of American Dance Machine for the 21st Century. A reimagining of Lee Becker Theodore’s American Dance Machine, which existed from 1976-1987, ADM21 carries on the mission of preserving iconic musical theater choreography.

Officially founded in 2012 by Executive Director Nikki Feirt Atkins, the new ADM21 has reconstructed numerous works for studio showings and special events since the company’s inception, but this season’s performance at the Joyce marks the first full evening of choreography with production support for ADM21.

“I thought that we should start with studio showings,” explained Atkins in an interview, “because I wanted to see how they worked as standalone dance.”

Slated for the program at the Joyce are a whopping 17 short pieces on different programs. Of special interest on the program is a pas de deux from Oh! Calcutta. When this long-running show first premiered in 1972, it marked the choreographic debut of ADM21’s current Artistic Director Margo Sappington at the age of 21.

The combination of Atkins and Sappington make for a powerful team. Atkins, after a brief professional dance career, quit dance to study medicine. While employed as a pathology researcher at Columbia University, she also maintained a position as Director of Development, Outreach and New Artistic Programs at the Joffrey Ballet School in New York. 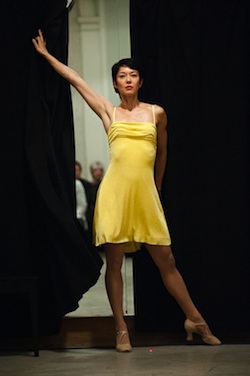 During this time, she also became involved in a project about Jack Cole and Chet Walker and found the inspiration to continue the legacy of Theodore’s American Dance Machine for modern audiences.

Sappington, who Atkins knew from their time together at Joffrey, is an award-winning choreographer, director and teacher who has worked across genres from ballet to Broadway. Sappington brings to ADM21 her wealth of experience and first-hand connections to legendary Broadway choreography and the artists who developed those works.

According to Atkins, it’s this first-hand knowledge that is most important to the work they are trying to do.

“When dances are just handed down, it’s like the game called telephone. The final message is different from the original message,” she said. “Intent and nuance tend to get lost. The dancers get the steps, but it ends up being far away from what the choreographer intended.”

To reconstruct these works, ADM21 cast a huge net to a large pool of performers and invited them to audition. Strong lines and ballet technique were required, Atkins says, but versatility and acting ability were also essential to recreating these works with integrity.

On the bill for the program at the Joyce are works created by names like Rob Ashford, Michael Bennett, Patricia Birch, Andy Blankenbueler, Gower Champion, Jack Cole, Henry LeTang, Jerry Mitchell, Jerome Robbins, Susan Stroman and numerous others. If the choreographer is still living, Atkins has tried to bring the choreographer into rehearsal for the dancers to learn from firsthand. In other cases, Atkins reaches out to dancers or assistants who were in the original show to convey their experience to today’s dancers.

“The choreographers have been terrific in terms of their generosity,” Atkins said. “I’m so grateful for the support from the Broadway community.”

Before beginning this project, Atkins gathered as many of the old American Dance Machine members as she could to discuss what worked and what did not. One of the big takeaways was the importance of high production value, which is why this season’s performance at the Joyce holds such significance for the organization.

With additional publicity from big performances, Atkins hopes to increase their fundraising and management efforts to include touring and educational programs. In addition to outreach programs in public schools, plans are in place to begin a school where students can study distinct styles and periods of dance in Broadway history.

Of the entire process of bringing ADM21 to life, Atkins said, “It’s been a gift.”