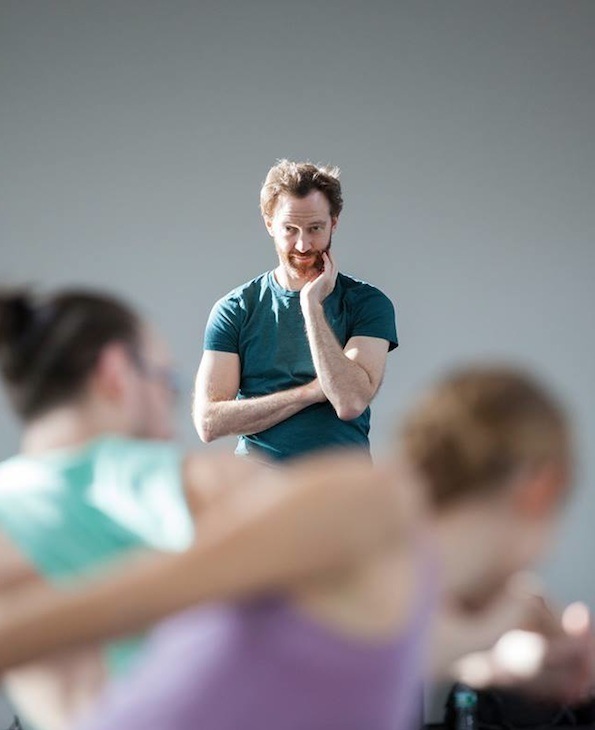 When Brooklyn-based contemporary choreographer John Heginbotham received a call from Ella Baff, the executive and artistic director of Jacob’s Pillow Dance Festival, he was concerned that something had gone awry regarding his upcoming work with the iconic summer dance institution.

At the time, he was in New York rehearsing a production of the opera The Magic Flute, for which he had choreographed, and says he was so consumed with the process that he didn’t check his email or voicemail. Both inboxes were piling up, but the email from Baff got his attention – it told him to ring her ASAP.

“She said she had a piece of news for me and laid it all out,” Heginbotham says.

The news was that Heginbotham had been chosen as the 2014 recipient of the Jacob’s Pillow Dance Award, a prestigious dance accolade that gifts $25,000 to an artist with extraordinary skills and vision for the craft. How the funds are utilized is up to the discretion of the awardee.

“I was completely stunned,” he says, regarding when Baff delivered the news. “I lost my verbal abilities for a few minutes.” 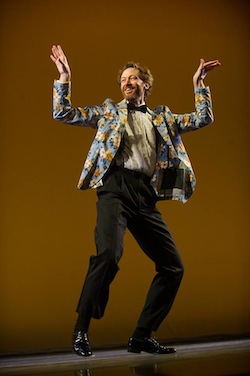 His name is now synonymous with the likes of Crystal Pite, Bill T. Jones and Merce Cunningham. It’s a huge honor for the choreographer, but he also sees the award as a call to action.

“It means I better get it together,” Heginbotham says. “I feel like that’s what this award says. I’m going to constantly strive to do my best work to show I’m worthy of it.”

Heginbotham hails from Anchorage, Alaska and is a graduate of The Juilliard School in Manhattan. He says he was bitten by the choreographic bug at a young age and remembers choreographing his first dance when he was 11 – a piece set to music from the movie musical Victor, Victoria.

“I’ve always been attracted to the idea of constructing dances,” he says.

But it wasn’t until Heginbotham’s college years that he started getting serious about choreographing.

“At Juilliard, I made sure I contributed to nearly every workshop,” Heginbotham says.

During this time, Heginbotham also had his first experience at the Pillow, in 1991, and took a choreographic workshop with Bessie Schonberg.

“That was a big eye-opener for me,” Heginbotham says. “I realized choreography was a wonderful thing you could do with your life. So, from college forward, I always made sure I had some kind of choreographic project going on.”

A fire to choreograph had been ignited, but Heginbotham also hungered to work with other notable dance makers in the field.

In 1995, he joined Susan Marshall and Company in New York City, and from 1998 to 2012, he was a member of the Mark Morris Dance Group (MMDG). He says he was greatly attracted to the artists’ individual processes and distinct choreographic voices. 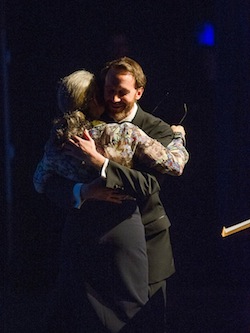 “Before I even met Mark, his work blew me away,” Heginbotham says. “I am certainly attracted to his musicality, but one of the things I learned dancing for him is that he is very experimental musically. His idea of what music can be is not narrow. I found that very inspiring to both watch and perform.”

He adds that the formality and structure of Marshall’s work also appealed to him, as it creates a “strong sense of tension and drama within it.”

Making the switch from performer to director and choreographer, he says he allows Morris and Marshall to impact his work, but he is also out to make dance that is distinctly Heginbotham-esque.

Enter Dance Heginbotham, his own choreographic vehicle that organically grew out of a 2010 project at the Baryshnikov Arts Center in New York City.

While Heginbotham confesses that his original aspirations weren’t to have his own company — he wanted to be a freelance choreographer and travel around the world setting work — he says, during that 2010 project, he discovered the value and artistic opportunity that comes when working with the same core group of people.

“It deepens your relationship with the dancers and creative team,” he says.

The project-based dance company is an intersection of highly technical dance, strummed up by his institutional dance background, and theatrics. There’s always a story unfolding on stage.

“The whole reason I ever fell in love with dance is because I was experiencing it in a theatrical content,” he says. “My mom and dad are big fans of musical theatre, so I saw a lot of live musical theatre and Hollywood musicals as a kid.” 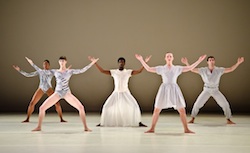 Dance Heginbotham heads to the Pillow at the end of July to present Chalk and Soot at the Doris Duke Theatre. The evening-length dance partners Heginbotham with contemporary composer Colin Jacobsen and the string quartet Brooklyn Rider, for which Jacobsen is a founding member.

The work first premiered in November 2012 at the University of North Carolina Chapel Hill. But, for the Pillow, the collaborators are expanding both the length of the piece and its scope.

“The impetus for this was the 100th anniversary of The Rite of Spring,” Heginbotham says.

The string quartet was commissioned to create a new work to commemorate the centennial and Jacobsen asked Heginbotham to choreograph a dance accompaniment.

“Colin’s way of approaching this was to use another artwork that happened at the same time,” Heginbotham says.

Jacobsen wrote music based on a book of absurd poems written by the Russian painter Wassily Kandinsky, entitled Sounds. Heginbotham created a suite of dances to the score. 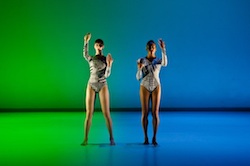 The choreographer can hardly believe his luck and frequently gushes about his artists, collaborators and business partner, Adrienne Bryant, who he met at MMDG — Heginbotham attributes most of his success to these individuals.

And now that Heginbotham is a Jacob’s Pillow Dance Award alum, he feels an onslaught of emotions: excited, invigorated, terrified and anxious. But rather than speculating about the future, he says he’ll channel those feelings into creating dances that resonate with him, his dancers and hopefully, audiences.

“Chalk and Soot” runs July 30 to August 3 at the Doris Duke Theatre at Jacob’s Pillow, which is located on a beautiful and historic campus located in western Massachusetts in the Berkshires. For more information, visit JacobsPillow.org.