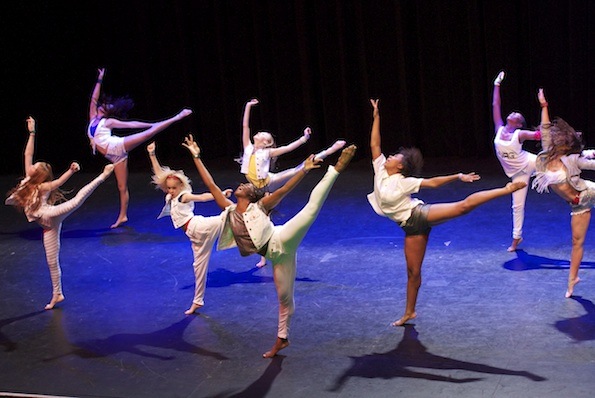 Jamie Gregor has always seen dance as more than just a form of exercise or entertainment. “Dance, for me, is my cheapest form of therapy,” she tells me in a phone interview last month. That explains why she has made Dancescape such a popular and exciting event for the Los Angeles dance community: it is more than just a dance performance.

This year, the performance event celebrates its 10th anniversary with a major showcase at Club Nokia in downtown L.A. on May 14. It is undoubtedly a big accomplishment for an organization that sprouted from a simple motive: to give back.

When Gregor moved to L.A. after graduating college in the early-2000s, she noticed the needs of the dance community were two-fold. Professional choreographers felt they did not have opportunity to showcase their work without a solid reel or ample time in their busy schedules to be available for multiples gigs at once. At the same time, budget cuts in L.A. school districts were slowly dissolving all arts programming in the area. Not able to ignore either issue, Gregor created an event that would showcase exciting choreographers in a relaxed environment while donating all proceeds directly to L.A. schools. 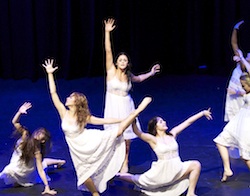 Dancescape not only seemed like, as Gregor notes, a “kill two birds with one stone” situation, but also an important way to bring dancers of all backgrounds together to appreciate others’ craft. “We are really trying to build a community in each area we are hoping to impact—not just the professional dancers, not just the kids, but everyone Dancescape is touching,” Gregor says. “We want everyone to be involved and to benefit from it.”

In its first show alone, Dancescape raised thousands of dollars for the Los Angeles Unified School District and Gregor’s assumptions were confirmed. The necessity of an event like Dancescape was evident then and, 10 years later, it’s still just as vital.

This year’s event will showcase a slew of edgy choreographers and styles, from contemporary to hip-hop to ballroom, and host an all-star cast of choreographers, including Dana Foglia, Andrew Winghart and Terry Beeman. As always, tickets will start at $25, ensuring the event remains financially accessible to all who wish to attend. “We’re not pricing ourselves out of the people who really want to come and support,” Gregor makes a point to say.

As for the future of Dancescape, Gregor will continue to think ahead while giving back. She plans to continue to grow the event to answer the needs of the L.A. dance community and facilitate even more arts education in schools. 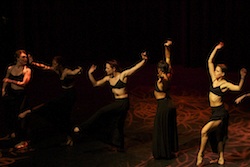 The newest offshoot of Dancescape, Dancescape Ed, offers programming in schools where experienced teachers, previously affiliated with Dancescape performances, partner with L.A. public schools to bring the performing arts to students who would not otherwise have it. These activities are fully funded by Dancescape’s umbrella non-profit organization, Cheshire Moon, in order to allow arts education to flourish while addressing the financial constraints that force these programs to downsize.

Gregor also has aspirations to take the Dancescape events to other cities, hoping to impact a broader audience across the country and create an organizational model that can be easily replicated.

For now, Gregor is focused on the upcoming 10th anniversary show and making sure Dancescape maintains its original intentions of bringing people together through dance. “Everybody there understands how important dance is in their lives,” she says. “And, we are giving that opportunity to other students and other teachers. It’s a very positive night.”

For more on Dancescape, visit www.dancescapela.com.