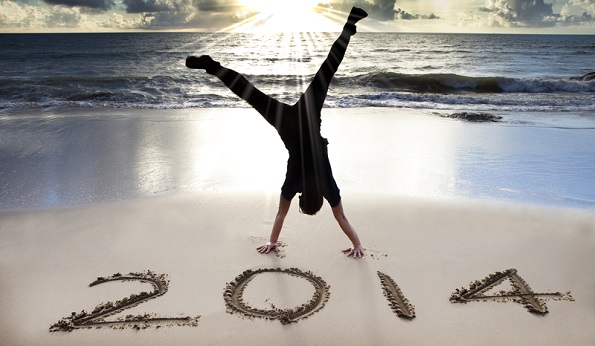 Hear from your favorite dance artists and be inspired for 2014!

Those who make goals are usually those who reach their dreams. Without goals and measurable success, how can we really tell how effectively we are moving toward achieving our dreams?

With this in mind, do you have a New Year’s resolution? Do you typically make goals for yourself at the start of a new year, in the hope of becoming a better dancer, choreographer or teacher? If not, perhaps this is the year to start! It’s a fresh new beginning after all.

Here, Dance Informa spoke to both up-and-coming dancers and renowned artists about their 2014 New Year’s resolutions. Even the industry’s most renowned dance artists set new goals for the New Year. 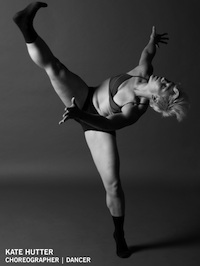 “My resolution is to find balance between my administrative, artistic and personal life pursuits, and find the same veracity, determination and passion I have when creating dance for when I am developing new opportunities for the company and leading the organization and board towards our future goals… since in the long run, one supports the other. I also want to take some time to reflect on the accomplishments of the company and the amazing artists I get to work with each day, and celebrate that before pushing forward into the new year. There are so many wonderful and deeply inspiring things happening in our craft nationally and internationally, and we need to sometimes take time to acknowledge the achievements of ourselves and others to remind ourselves that this is an exciting time and we need to keep making, teaching and sharing this incredible work.”

Kate Hutter is a graduate of the University of Southern California with a BFA in Theatrical Design and a MFA in Dance/Choreography from Purchase College, SUNY. She has won awards from the USC School of Theatre for Outstanding Choreography in 2001-2004, as well as the Stanley Musgrove Award and the James and Nony Doolittle Award for her unique contributions in the theatre. Her work has also been nominated for two Lester Horton Awards for “Best Small Ensemble.” Kate continues to create new works for her L.A. Contemporary Dance Company as well as choreograph for theater productions and commercials, and teach at the Brockus Project Space in downtown L.A. 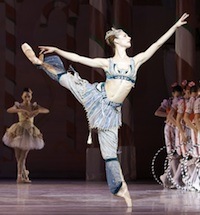 “My New Year’s resolution for 2014 is to dance BIGGER! This has been my approach in class and rehearsals since the start of our season, and I want to carry it through the coming year. At 5’9”, I’m tall for a ballet dancer. I have always admired tall women who can jump high and move fast! Also, I would love to travel.”

Caralin Curcio is from Sparta, New Jersey, where she began her ballet training at age seven. Following her studies with the Royal Academy of Dancing, Caralin had the opportunity to perform with the Donesk Ballet Company from Russia at age 10. In 2003, she was invited to train in New York City in the Young Dancers Program at Steps on Broadway. In fall 2006, Caralin joined Pennsylvania II. She was asked to join the main company as an Apprentice in 2007 and was promoted to the Corps de Ballet in 2009. Caralin has created roles in the world premieres of Pulcinella by Jorma Elo and Neenan’s “At Various Points.” She was also one of 14 Pennsylvania Ballet dancers who performed in the Academy Award-winning film Black Swan. 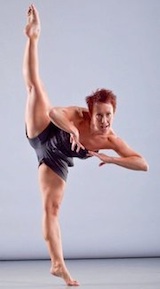 “I want Missouri Contemporary Ballet to have more visibility on a national level.”

Born and raised in Las Vegas, Karen Mareck Grundy began her dance training at just three years old. She has been a member and featured dancer in various dance companies in her career, including Opus Dance Ensemble, New Works Project and Ballard’s Cafe Dance Co., and she has also done work on television. For 11 years, she performed in Las Vegas, for a while working under the direction of Ron Lewis, director and choreographer for Liza Minnelli. In 2000, Karen moved to Columbia, MO to teach at Columbia Performing Arts Centre. She trained dancers who have gone on to The Juilliard School, The Lines School, Dance Kaleidoscope, Cedar Lake Contemporary Ballet and Broadway. In 2006, she fulfilled her dream of starting her own company, Missouri Contemporary Ballet, using the experience she had received as Artistic Director for Cedar Lake II. 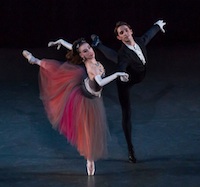 “Dancers can have a hard time not getting 10 steps ahead of themselves when worrying about their season or their career trajectory. We put so much effort into what we do and care so much about the results that we needlessly exaggerate the effects a single rehearsal or performance can have on our career long-term. My New Year’s resolution is to focus on the task at hand, rather than wonder what effects flubbing a turn or missing a count will have on my casting five years from now. It’s all a work in process, and that’s something every dancer and member of artistic staff knows and respects.”

Michael Sean Breeden hails from Lexington, Kentucky. As an emerging professional dancer, he trained at many companies and schools, including the School of American Ballet, Central Pennsylvania Youth Ballet and the San Francisco Ballet School. Starting off his professional career, he danced with Boston Ballet before joining Miami City Ballet as a Company Apprentice in 2006. He was promoted to member of the Corps at MCB in 2008. 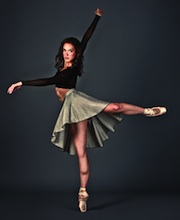 “While I already pay attention to everything I put into my body, I’m going to be extra conscious of it in the coming year. That means no processed sugars or flours, which can sometimes be difficult. I want to make a serious effort and make sure everything I eat benefits my body and my dancing and doesn’t make me feel bad!”

A Boston native, Keenan spent the first 10 years of her dance training at Boston Ballet School where she performed with the Boston Ballet in numerous productions. She danced with Ballet Austin II before joining the company at Dayton Ballet and performing soloist and principal roles. Keenan then danced with Ballet Fleming in Philadelphia while also serving as Ballet Mistress and Répétiteur to the company. She joined Nashville Ballet as a member of the company in 2011. When she is not dancing, Keenan teaches yoga at Epic Yoga as a certified Baptiste yoga instructor, counsels others as a certified life coach and teaches Yoga Body Boot Camp classes. She is an ambassador for Africa Yoga Project and has traveled to Kenya on a yoga-based service trip. Keenan is also a co-founder of Music City Yoga Festival and a co-founder of Empowered Kids Yoga. 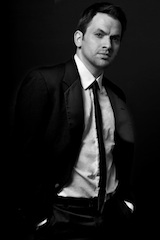 “I think one of the most important things in one’s professional and personal life is not being afraid to take risks. If you’re afraid to fail, you’ll never achieve your goals. I do a pretty good job of not letting that fear creep in, but I still sometimes hesitate. In 2014, I’d like to not even give failure a second thought!”

A two-time Joseph Jefferson Award winner for Choreography (“Swing!”, “The All Night Strut”) and an LA Ovation Award nominee for Featured Actor in a Musical (“Swing!”), Mark Stuart is a two-time American Lindy Hop Champion who has appeared in numerous TV specials and concerts worldwide. Mark has performed in “Cats”, “West Side Story”, “Les Miserables”, “Swing!” and “Miss Saigon”, as well as choreographed for Broadway and regional shows. As Founder and Executive Artistic Director of Mark Stuart Dance Theatre, his choreography and performances have been featured in films, commercials, music videos, at Carnegie Hall and Lincoln Center. 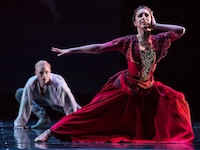 “As my resolution for the New Year, I want to essentially continue to grow as a dancer and artist. It becomes easy, or comfortable, to let yourself fall into a typecast, to settle on your strengths. But I want to always push myself to be as versatile as possible. I want to continue to challenge myself in the roles and projects I take on, and show my capabilities. There is so much to experience… I want to tackle it all!”

Jessica Collado was born in Coral Springs, Florida and was raised in Atlanta, Georgia. She trained with the Gwinnett Ballet Theatre under the direction of Lisa Sheppard Robson. Jessica attended Houston Ballet Academy Summer Intensives as well as a year with Houston Ballet II on full scholarship. She joined Houston Ballet as an Apprentice in July 2004 and moved up the ranks over the past few years. In June 2013, Jessica was promoted to First Soloist. Jessica has also had the privilege of performing with Houston-based company iMEE and San Francisco-based company Post:Ballet. 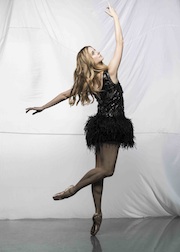 “Let go! Let go! Let go!… And let all of the work speak for itself. Also, I resolve to continue the struggle to keep things simple.”

Michele Lee Wiles was a Principal Dancer at American Ballet Theatre from 2005–2011. In her ballet career, she won the Gold Medal at the 18th International Ballet Competition, was named a U.S.A. Dance Fellowship recipient for 1999–2000 from the Princess Grace Foundation, won the Erik Bruhn Prize in 2002, and originated and revived many leading roles at ABT. In addition to working as a guest artist throughout the world with various ballet companies, she now leads Ballet Next, a small New York-based company driven by big talents from ABT, New York City Ballet, San Francisco Ballet and Houston Ballet.

“My dance goals for 2014 are to reassemble my dance company AM Dance Project and to put together the pieces for a feature-length dance film. Personally, I want to be able to take care of myself a bit better and learn how to play piano.”

Anthony Morigerato has been a soloist and member of Michael Minery’s Tapaholics and the lead tap dancer and choreographer for the musical group Matt and Anthony. Anthony has performed as a soloist in venues all across the United States, and on television on the “Tony Danza Show” and NBC’s “America’s Got Talent.” He has served as an adjudicator and master teacher for dance organizations, competitions, theater schools and dance studios throughout the nation since 1999. Recently, he choreographed for “So You Think You Can Dance” and was featured on “The Arsenio Hall Show.” In summer 2011, Anthony became a world record holder with The Guinness Book of Records for the most tap sounds in one minute. Anthony broke the original record of 1,054 sounds by making 1,163 sounds in one minute. 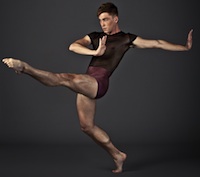 “My New Year’s resolution is to have more compassion for my body and, every once in a while, give my body a break. A lot of dancers forget that our bodies need to recover from the stress we put them through on a daily basis. A little bit of rest is necessary to remain in top condition and maintain a long career. It’s also a good way to take a minute or two to remember why you’re doing what you’re doing.”

Mark Allyn Nimmo came to Nashville Ballet as a member of NB2 in 2006, and moved to the position of apprentice in 2007, then company member in 2009. He first developed his dance talents while training at Governor’s School for the Arts in Norfolk, Virginia. He further developed his skills with summer trainings at Virginia School for the Arts, American Ballet Theatre, BalletMet and International Ballet Masterclasses in Prague. Since becoming a certified personal trainer, Mark spends his time outside of the studio helping others achieve their fitness goals as a fitness instructor at Krank Nashville.