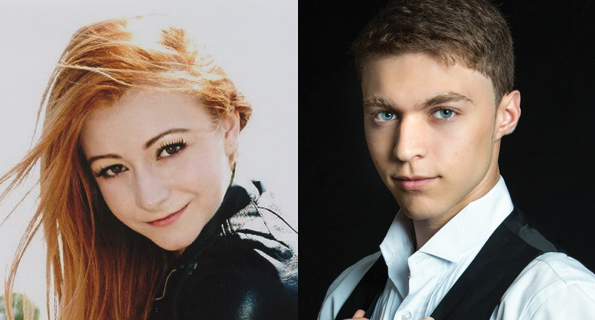 The inaugural World Dance Pageant was held in early July at Walt Disney World Dolphin Hotel in Orlando. Dance Informa was there to catch all the action, with Editor Deborah Searle on the judging panel. Dozens of dancers competed in the three-day solo competition in the hopes of being named Mr. or Miss World Dance. For the inaugural year, 16-year-old Nathan Beech and 17-year-old Jordan Hilgenberg ultimately took home the top accolades in their categories.

“I was in complete shock and thanked everyone who supported me throughout the entire experience, “ reminisces Nathan. Likewise, Jordan remembers being “overwhelmed with excitement and gratitude.” 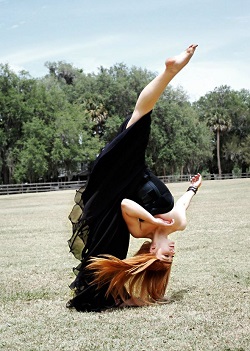 The brain child of dance competition director extraordinaire Gary Pate of Starpower and Revolution Talent, the World Dance Pageant offers dancers a unique competition experience by allowing them to compete in talent contests and interviews, as well as ballet, jazz and contemporary dance classes. A unique event like no other, it combines aspects from both the pageant world and competitive dance world.

Nathan, who traveled from Woodbridge, Virginia to compete, and Jordan, who came from Clermont, Florida, were both excited to participate in the new competition and to share their personality with the judges. As up-and-coming, pre-professional dancers, they see the many benefits of winning such a unique, prestigious title from the inaugural World Dance Pageant.

Jordan Hilgenberg first heard about the World Dance Pageant at a regional Starpower Competition in Lakeland, Florida.  She says, “I decided that I wanted to compete because I thought it would be a wonderful opportunity to further my dance career.”

Jordan trains intensely year around with her instructor Melissa Stokes at Shooting Stars School of Performing Arts. She prepared herself for the competition by working on her dance solo and practicing for the interview with the judges. She recounts, “I worked on my solo everyday leading up to the pageant. I did mock interviews with my family members and picked out an appropriate interview outfit that would look professional. My mother and I even spent time designing a dress for the formal wear portion of the pageant.” 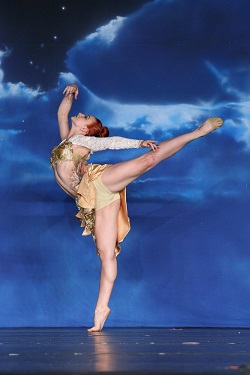 Open to all competitive dancers from the U.S. and international shores, the World Dance Pageant truly had participants arriving from all over the country and the world. Jordan said the competition experience “was challenging but very rewarding.” She explains, “For me, the best part of the WDP was having the opportunity to meet the other amazing competitors and to have the opportunity to show my passion to the judges and audience.”

Even though she has competed for other dance titles, Jordan says this was her first solo competition in which she was able to take classes and be judged on her in-class abilities. As with any solo performance, competing as an individual is much more personal, and therefore, frightening at times. But Jordan embraced it, saying it allowed her to express her personality.

Summarizing her experience, Jordan said, “WDP gave me the opportunity to compete in my solo on a national level and take me a step further through the interview process and class auditions. WDP has opened up so many doors for my future.”

In addition to being able to learn choreography from the Royal Caribbean Cruise Line choreographers, Jordan said one of the many opportunities she received was to meet and obtain a contract with dance agent Jim Keith from LA. She dreams that one day, in addition to performing, she will own and operate a dance convention to “help the younger generation grow and succeed to their fullest capability.” 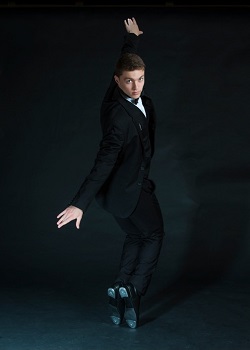 Like Jordan, Nathan first heard about the World Dance Pageant at a regional Starpower Competition in Virginia. While there, he was actually awarded a scholarship specifically to attend. He said he was excited because of his love of dance. “My coaches and family were very supportive and said it would be a great opportunity.”

Nathan trains year around at two studios – Studio Bleu Dance Center and DeGrasse Dance Studio, both in Virginia. His passion for dance began at only four years old when he was first introduced to tap dance. Just this year he was recognized for his tap skills when he was selected from a pool of worldwide applicants to be featured in Tap World, a feature-length documentary focusing on tap dance’s Hollywood history and global story.

To prepare for the World Dance Pageant, Nathan said he consistently rehearsed about 20 hours a week for the month leading up to the competition. “When I heard I would be doing an interview at the pageant I also practiced that a little,” he says.

Nathan reflects that WDP is a unique opportunity to get more individual exposure. “It shows more characteristics about the contestants from the dance skills, performance, dress, speaking and the ability to pick up new choreography,” he explains.

He adds that in addition to performing in front of the distinguished judges, he also enjoyed “meeting a lot of great dancers and making new friends.” With categories for young dancers under eight all the way up to dancers aged 15-20, the competition encourages contestants to make connections with other dancers of various ages, abilities and backgrounds.

Looking to the future, Nathan hopes this experience “leads to a career in dance.” Fortunately, being named Mr. World Dance is a great first step in doing just that. 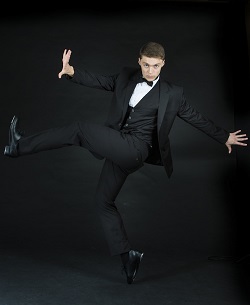 In addition to winning a $1,000 cash prize each and a free cruise with Royal Caribbean, Jordan and Nathan will have performance opportunities throughout the year and a chance to represent the pageant in a photo shoot with Capezio.

Pageant Co-Director Chrystan Sheatzley is “hoping that overtime the title of Miss World Dance and Mr. World Dance will be the ultimate dance award.” Sheatzley says, “It will recognize a dancer as not only being an amazing dancer, but an amazing person. They have to interview, be able to speak well and keep their poise throughout all stages of the competition.” And after all, isn’t that what it takes to make it as a professional dancer too – to be poised, professional, polished and passionate?

Good luck Miss and Mr. World Dance!  You have amazing career prospects and we look forward to seeing where this takes you.

For more information about the World Dance Pageant, visit www.worlddancepageant.com.