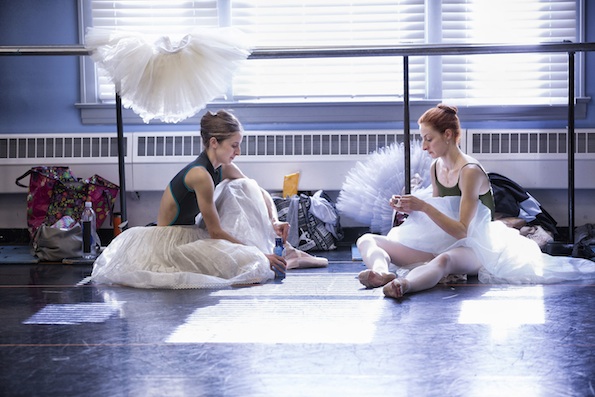 Last summer, reality TV got a new look when The CW’s docu-series Breaking Pointe hit the airways. Aiming to capture the beauty and mystique of ballet, the series gave viewers love, intrigue and lots of drama cast against the glamorous backdrop of an elite ballet company, Salt Lake City’s Ballet West. While ratings were less than competitive, the fan base was loyal, prompting the network to renew the series for a second season.

Letting cameras into a ballet studio comes with risks. It raises several questions. How much of the ballet world should be demystified? Is it possible to capture the passion and essence of dance on film? What about the personal affairs of a dance company? Are dancers prepared to open up that aspect of their lives?

These questions are not lost on Breaking Pointe veterans Allison DeBona and Ronnie Underwood. With one season under their belts, they are excited to share Ballet West’s latest artistic endeavors and speak candidly about the role the show continues to play in their lives. 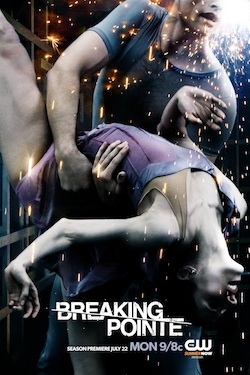 DeBona, a demi-soloist with the company, says she was excited when first approached about the show. “I felt Breaking Pointe was a great opportunity to revive the art of ballet,” she says.

Soloist and resident ‘bad-boy’ Underwood says he was initially non-partial. “It really didn’t faze me much.” Now, he sees the show as a great medium for bringing ballet to the forefront of mainstream culture. “I love art, I love ballet, and I love to share what I do with other people,” he says, rationalizing that the show has exposed dance to new audiences.

As for the show’s high drama, DeBona says she was aware her personal life would be put on display for public scrutiny. “Naturally, I was hesitant to allow people into my personal life,” she says. “But then the more I thought about it, I decided the pros outweighed the cons.”

Both admit it was odd to adjust to the relentless cameras. Underwood explains that the cameras tend to invade one’s personal space. “As a dancer you really like to have a lot of space,” he says. “But when a camera is two feet away from you it can be a little claustrophobic.”

Now, all of the dancers feel more attuned to the process. DeBona adds, “In the second season, I think it will be obvious how much more comfortable we all were with being filmed.”

Things heat up in Season Two

After leaving fans in a lurch, the network promises new faces, new storylines and a new production of Cinderella for two. The dancers of Ballet West will go head-to-head in a push to snag the leading roles of Cinderella and Prince Charming.

But this season isn’t just about the quest to be the best. Season Two also centers heavily on the relationships within the company. “The life of a dancer is pretty exciting. There’s a lot of love and romance in the dance studio,” says Underwood. “I’m sure there’s going to be love interests that are lost, re-found and lost again.” 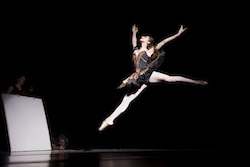 Allison DeBona of Ballet West is featured in The CW’s ‘Breaking Pointe.’ Photo by Erik Ostling, courtesy of The CW.

DeBona assures fans will witness “amazing transformations from [the entire] cast.” She continues, “I think this was a very challenging year for most of us professionally and personally.”

Underwood speaks of his own challenges for the year. “This season was rough for me,” he says in reference to a broken foot, which rendered him unable to dance for almost half of the season. Fans will get to watch him grapple with the emotional and physical setbacks of being injured. However, he assures his “busted foot” is now healed, thanks to a piece of titanium.

In addition to DeBona and Underwood, many of last season’s favorites return for the second run of the series, including Rex Tilton, Beckanne Sisk, Christiana Bennett, Christopher Ruud and Artistic Director Adam Sklute.

According to one of the show’s press reps, former Ballet West II member Katie Martin will not be a regularly featured dancer this year. However, she will make several guest appearances.

Silver Barkes returns to Ballet West as a guest dancer after having been let go two years ago. Barkes rooms with Underwood and, according to him, is a “fun party-girl who loves to get down.” 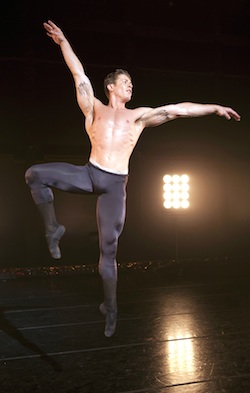 Ronnie Underwood of Ballet West dancing on The CW’s ‘Breaking Pointe.’ Photo by Erik Ostling, courtesy of The CW.

Nineteen-year-old Zachary Prentice is in his final year with Ballet West II. This ambitious dancer will fight tooth and nail for a spot in the corps.

Competing with Prentice is 19-year-old Ian Tanzer. This Ballet West II member knows his professional life is on the line and he’ll do what it takes to ensure he is the one with a full-company contract at the end of the season.

DeBona whole-heartedly believes in the show’s power to bridge the gap between ballet and contemporary culture. “That is the main reason we did the show and I’m so grateful for it,” she says, adding that since the show aired she has seen a rise in attendance at Ballet West performances.

There has been some push back from other dancers, accusing the show of focusing more on the personal theatrics rather than the dancing. But DeBona believes the two are one and the same, and is proud of the honesty each dancer on the show puts forth. “I hear so often ‘less drama please’, but how can we tell the story of Romeo and Juliet if we never had a star-crossed love of our own?” challenges DeBona. “The drama makes us who we are on that stage.”

Underwood agrees, “I do think that Breaking Pointe is definitely getting more people interested in dance.” He hopes the series will inspire the young people of Salt Lake City and beyond to “enjoy the company and its artistry.”