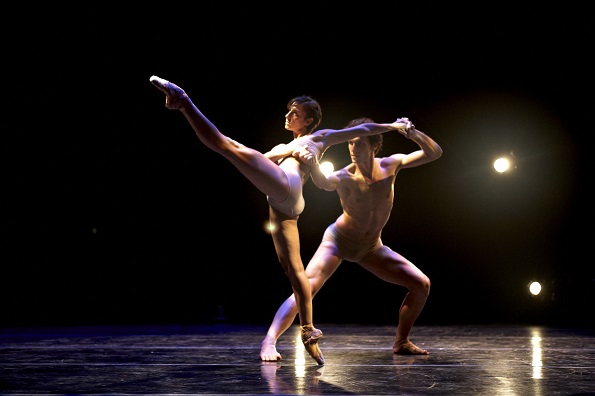 It’s summer in New York City – temperatures are soaring, tourists are swarming and pickings are slim for the avid ballet-goer. Those able to escape the island will have no trouble finding relief from the inevitable, annual ballet drought. The Saratoga Performing Arts Center welcomes New York City Ballet, the National Ballet of Canada and Aspen Santa Fe Ballet this month, while Jacob’s Pillow will host Cedar Lake Contemporary Ballet, a trio of soloists from the Paris Opera Ballet and NYCB’s Wendy Whelan performing new works by four contemporary choreographers.

For those of us stranded in the city, however, searching out ballet fare entails no small store of tenacity. Fortunately, Dance Informa has undertaken a bit of research, homing in on the perfect pair of resources to keep you entertained and on your toes until fall seasons commence.

The Joyce is taking advantage of time traditionally reserved for lay-offs and vacations to produce Ballet V6.0, a festival presenting the works of ballet dancers who are stepping out of the classic large establishment mold to create works and companies of their own. Martin Wechsler, Director of Programming for The Joyce, conjured up the festival in response to a seemingly growing trend in the ballet world.

“It seems to me a relatively recent development that ballet dancers and choreographers are deciding to break away from traditional large-scale companies,” Wechsler says. “They’re emulating modern dancers and choreographers by forming their own companies in order to follow their individual creative paths. I wanted to bring some attention to this shift in the ballet world at The Joyce.” 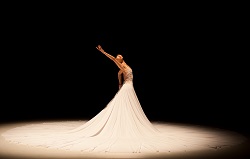 The companies on the festival’s roster range from well-established to recently launched, and feature artists associated with ballet institutions nationwide. Northern California’s Company C Contemporary Ballet, Houston’s Dominic Walsh Dance Theater and Philadelphia’s Ballet X — helmed by former members of NYCB, Houston Ballet and Pennsylvania Ballet, respectively — have all been in existence since the early 2000s, and have developed solid followings on their home turfs while also touring nationwide. In less than five years, Seattle’s Whim W’Him and New York’s Ballet Collective — under the direction of Pacific Northwest Ballet alum Oliver Weaver and current NYCB dancer Troy Schumacher — have begun to draw attention as artistic outlets for dancers still under contract with major companies. The youngest group in the line-up, New York’s Jessica Lang Dance, may actually be the best known, and certainly boasts the largest repertory, given that Lang’s choreographic career dates back to 1996.

Whatever their history, these companies represent a new facet of the future for American ballet, according to Wechsler. “I think the traditional large-scale ballet company model is a wonderful scheme to follow, and I think they will continue to grow and perform as they do now. This new small-scale trend is just an expansion of the possibilities available to dancers. It’s a reflection of these artists’ ambitions and creative drives, and they’ve found a means to act on them.” 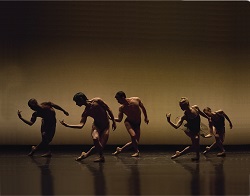 Classicists be advised: All of the works on tap for Ballet V6.0 can be considered contemporary in style. If you crave a healthy dose of the classics, Emerging Pictures may have the ideal elixir, as it brings the Bolshoi Ballet to the big screen on three Sundays in July. The self-described “alternative content theater network” devised its Ballet in Cinema program several years ago, to the delight of balletomanes around the world. New Yorkers can enjoy La Bayadère (July 14), La Sylphide (July 21) and The Pharaoh’s Daughter (July 28) at Midtown’s Big Cinemas Manhattan or Chelsea’s Clearview Cinemas 9. Modern minds will also appreciate the airing of a new works program, featuring Nederlands Dans Theater 2 performing choreography by a mix of veteran and aspiring artists.

Ready to map out your summer viewing schedule? Head to www.joyce.org/performances for details on Ballet V6.0, and to www.emergingpictures.com/ballet to explore Ballet in Cinema.