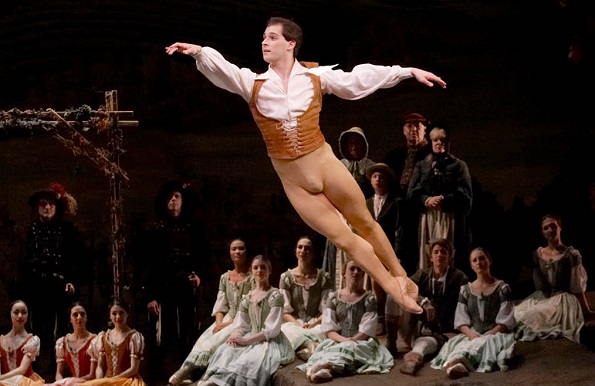 For some dancers that first claim to fame is enough to satisfy. Just making it into the rankings of one of the world’s most prestigious companies is enough to feel accomplished and fulfilled, no matter the position. Yet, for others that feeling doesn’t last and the unquenchable desire for something more creeps back in.

American Ballet Theatre soloist Craig Salstein knows this feeling of discontentment well. It has, in part, driven him to his latest project – starting his own dance company. Describing himself as a homegrown philosopher and slight skeptic, he explains that his new company, named Intermezzo Dance Company, was born out of his desire to see more fulfilled in the classical ballet sphere.

“Intermezzo will be a place that doesn’t represent any structure that is already here in the world of dance – the big companies and hierarchies including principals, soloists, corps, etc.,” Salstein explains. “I don’t think we need to be blindly following a pattern which stems from the origins of this classical structure. Someone has to be able to offer something new.”

And something new is just what this Miami native has planned. From what has thus far been released, Salstein’s company will be composed of ballet dancers from various backgrounds and companies – none fitting the textbook mold of a rigid, classical ballet dancer. 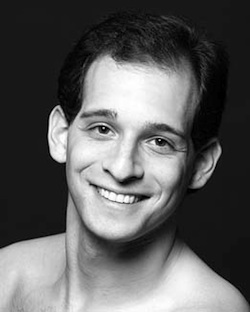 “I wish to establish a strong group of people who will take this journey with me. I am using Carlos Lopez, who is not with American Ballet Theatre anymore, but was a former soloist and a colleague of mine. I’m using Stephen Hanna, who is a former principal at the New York City Ballet. I’m using Aran Bell, a young Billy Elliot star on Broadway. I’m using Kaitlyn Gilliland, a former NYCB dancer, who gave up a little too soon. I’m also using Shoshana Rosenfield, who is a former NYCB dancer,” Salstein details.

In addition, ballerinas Sarah James, a former ABT and North Carolina Dance Theatre dancer; Nadezhda Vostrikov , a current dancer with BalletNY, former dancer with Boston Ballet II and The Alberta Ballet in Canada; and Amber Neff, current corps de ballet member at The Suzanne Farrell Ballet, will be joining the ensemble.

This diverse band of dancers will have a “type of Mark Morris-feel,” describes Salstein. “Everyone will dance and there won’t just be a group of dancers standing at the back watching a Swan and a Prince.”

Ironically, Salstein, who seems frustrated with the unfair pyramid schemes rampant in the professional ballet world, has himself never really struggled for a chance to dance in the spotlight. Starting to dance with famed contemporary choreographer Mia Michaels at age five, he was dancing solos created by Michaels within a few years. His ballet training at the Ballet Academy of Miami led him to continued training with the Miami City Ballet, which he later joined as a company member in 1999 after more extensive training with The Joffrey Ballet, the School of American Ballet and American Ballet Theatre as a National Training Scholar. During his formative years, Salstein was already being awarded honors, such as being named the Grand Champion of Ed McMahon’s Star Search in 1995.

Now, dancing as an ABT soloist since March 2007, Salstein is often given solos in major performances, such as the roles of Mercutio in Romeo and Juliet, the Bronze Idol and the Head Fakir in La Bayadère, Birbanto in Le Corsaire, Gamache in Don Quixote, the first sailor in Jerome Robbins’ Fancy Free, the Nutcracker-Prince in Kevin McKenzie’s The Nutcracker and the Champion Roper in Rodeo. 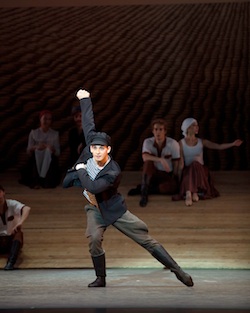 However, he says that in general he has always sided with the underdogs, who in this case are those dancers who are often overlooked and underappreciated inside bigger companies.

“As much as I’ve been propelled by my soloist status and my repertoire, I can’t help but look at my colleagues in the back who are just standing around,” Salstein explained. “For the dancers who are playing the cowboys in Rodeo and the villagers in Giselle, I’m more inclined to sympathize with them. I’d rather stick with the guys who are struggling.”

For this reason, Salstein is excited about the opportunities Intermezzo will offer these dancers and the classical ballet world. He says, “It’s about allowing talented dancers to really dance and cutting the puppeteer from the puppet.”

“As ballet dancers, we are often innocent bystanders to an insane amount of subjective authority, to the extent in which no one can really combat it. I mean, how can you combat a director’s preferences? The whole ‘You’re not tall enough,’ ‘You’re not skinny enough,’ ‘You’ve got brown hair’?”

With Intermezzo, Salstein wants to give each of his carefully selected and talented dancers either a second chance or a new opportunity. “I merely want to facilitate a place where dancers can practice, create and perform as dancers. They won’t have to put a mustache on or slide into a fat suit to fulfill a character role. Rather, they’ll all just dance,” he said.

Intermezzo’s debut performances will take place at the 92nd Street Y in New York City from October 18-20, 2013. The program will feature a celebration of the composer Giuseppe Verdi with two new ballets.  Five choreographers and eight dancers will tackle Verdi’s String Quartet in E minor, and a suite from Un ballo in maschera (A Masked Ball) arranged for String Quartet, all played live by The Wyrick Quartet, led by Eric Wyrick, concertmaster of the New Jersey Symphony. 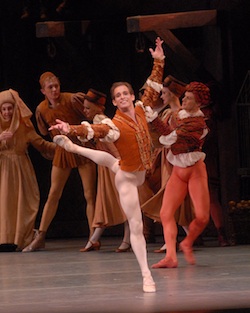 Craig Salstein as Mercutio in ‘Romeo and Juliet’. Photo by MIRA.

“The year 2013 celebrates the bicentennial births of two great opera composers, one being Giuseppe Verdi. As a huge opera fan, I decided I wanted to do something to celebrate his birthday,” Salstein explains.

A lifelong lover of music, Salstein also hinted that he could be announcing a composer-in-residence for Intermezzo soon. He said the composer, choreographers and dancers would work together to create completely original work.

Dancers Marcelo Gomes (ABT), Lisa de Ribere (formerly with NYCB and with ABT), Adam Hendrickson (formerly with NYCB), Gemma Bond (ABT) and Raymond Lukens (Jacqueline Kennedy Onassis School) will choreograph for the debut performances in October. Charles Barker will serve as Music Advisor for the program.

Long-term, Salstein hopes that Intermezzo will become an established ensemble that will provide dancers health insurance, dental insurance and good salaries while still keeping “ the passion of dance.” He is still accessing how this will work, but hopes that the efforts put forth by him and the participants will help create a new world for ballet.

“The goal for Intermezzo is to try and stimulate the individual dancer without having to go back to the same-old roles and sets. I want the company to be an ongoing project, which serves as a third party candidate to the standardized  ‘Republican’ and ‘Democratic’ parties,” he explains.

While openly critical of the classical ballet structure, Salstein also clarifies that he still appreciates the classics, just in their rightful place and time.

“I think we shouldn’t be afraid to try something new. And with Intermezzo, I am going to try my best to not create something that is just another black-and-white, constitutional ballet. This is about an inner hope that ballet can continue to grow and try new things.”