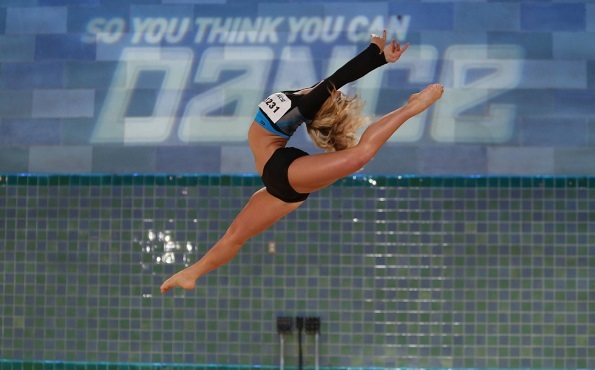 It’s no longer surprising to turn on the television during primetime and come across a reality show with a dance-centric theme. Whether a competition series, a behind-the-scenes exposé or an awards show, television’s dance offerings have multiplied greatly over the last decade. While there are obvious advantages to the mainstream exposure, the repercussions that may come from such a Hollywood-ized vehicle cannot be overlooked. As the dance artists living out the reality of the profession, we have to ask, do the pros outweigh the cons?

Tapper, choreographer and director Jason Samuels Smith believes television is an advantageous outlet for dance. He has choreographed and performed on several programs, including Fox’s So You Think You Can Dance and ABC’s Dancing with the Stars. Because of the tremendous exposure he receives on these shows, he says he’ll continue to work in television. “I think the exposure is the key component for these mediums and without them we wouldn’t reach the same amount of people,” explains Smith.

Established choreographer and dancer Jimmy Locust—who has performed with recording artists like Paula Abdul, Janet Jackson and Michael Jackson—is no stranger to dancing in front of a camera. He agrees that television and film is an effective way for dance to expand its audience scope. However, he can’t deny that he’s disappointed in the way dance is often portrayed on TV. 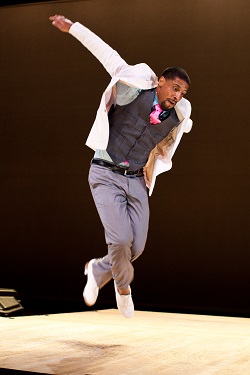 “In my career…dance was always kind of looked at as crème de la crème…They put a lot of effort into presenting it,” says Locust. Now, he turns on the television, catching snippets of some dance reality shows, and finds himself disheartened by the amplification of negative motivational tools directed towards young dancers. There is a “belittlement to the dancer on the show,” he expresses. Locust understands ratings are the driver behind this. Television viewers love drama, and will come back week after week for it. Yet, he feels all of this often-scripted mayhem can befuddle the actual art.

This is the very reason Locust decided to create his own reality series, Locust Under 5, a web-based show that takes viewers into the classroom at the Locust Performing Arts Center. He’s hoping to use cameras to send a positive message about how dance can empower kids and help them grow into strong individuals.

There’s also this notion of fame. In an era of reality television, anyone can become a star. Many contestants from competition series leave the show not with aspirations of dance, but aspirations of being famous. “The [television] industry takes the dance bug out of them,” says Locust. Yet, Smith doesn’t think television is at the source of this shift in artistic priorities. He assures that true artists will continue to pursue and hone their craft, while those who seek out fame solely will use any means to obtain it.

Smith acknowledges this exposure, whether positive or negative, doesn’t necessarily translate to getting more butts in the seats for live dance. He says, “I think [these shows] encourage people to be aware that dance exists, but it doesn’t necessarily encourage that audience to support live dance performances.” Therefore, he encourages dance professionals to push harder and find new ways to promote and cross-promote live performances to different audiences. 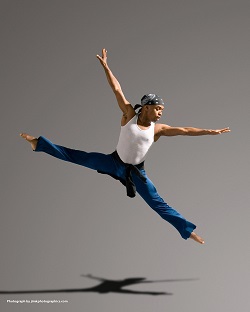 Los Angeles Ballet has embraced dance on television and decided to see how it could work the growing interest to its favor. In 2012, Thordal Christensen and Colleen Neary, the artistic leaders of the fledging company, commissioned works from two popular, LA-based SYTYCD choreographers, Sonya Tayeh and Stacey Tookey, for the NextWave LA series. While both choreographers’ pieces received less than rave reviews from the Los Angeles Times, Christensen and Neary’s efforts to perhaps appeal to a different type of audience are noteworthy, especially considering LA’s commercial-saturated dance scene.

Since dance has exploded onto primetime and cable networks, studio enrollment is up and more boys are getting involved with dance. And several of these shows have opened up a plethora of opportunities for the next generation of dancers, launching the careers of many young talents. “Overall it’s a positive spring board for the dance community,” says Locust.

This fad isn’t likely going anywhere any time soon. In the future, Smith envisions seeing a larger variety of shows to feature the abilities of both amateur and professional dancers. He’s hopeful the tap community will gain more prevalence on these programs, shaking up the content and making things really interesting. Additionally, he’d like to see “more homegrown grassroots programming that really features the current and classic styles that are making an impact in the world of dance today.”

In conclusion, whether reality television is helping or hindering the progression of dance is not a black-and-white issue. The ever-increasing popularity of this type of programming makes it that much more important for the dance artists to look at these shows with a critical yet constructive eye. Yes, drama makes for good television—no one can deny that—but dancers, directors and choreographers must take into account what it is they hope to create from putting dance on air. Do they want to make good TV or do they want to make good art?

Photo (top): A Contestant shows off her moves at the Los Angeles, CA auditions for So You Think You Can Dance, Season 10. © 2013 Fox Broadcasting Co. Photo by Beth Dubber/FOX