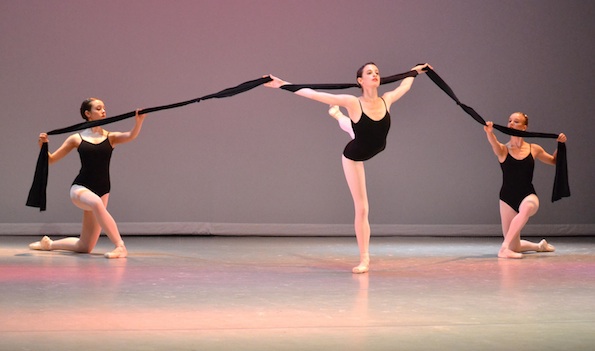 Since 1995, professional dancers have traveled to Helena to spend their offseason working with Ballet Montana. This summer haven operates under the artistic leadership of Sallyann Mulcahy. Now, faced with legal battles, diminishing funds and artistic limitations in a community that struggles to comprehend the cultural advantages of supporting professional dance, Ballet Montana is taking a break.

A life-long lover of ballet, Mulcahy returned to her hometown in 1991 after performing with the Royal Winnipeg Ballet, Finis Jhung’s Chamber Ballet and the New Jersey Ballet. She accepted an adjunct-professorship at Carroll College. Four years later, she formed Artisan Dance, Montana’s first and only professional ballet company, which would eventually become Ballet Montana.

When the going gets tough

Ballet Montana has always been a DIY project. From teaching class, to choreographing, rehearsing, even sewing costumes, Mulcahy has done everything. She’s survived this long thanks to help from dancers and Ballet Montana’s Developmental Director Michael Russell. However, the years of work have taken their toll.

The company has struggled to find a foothold in Helena and Mulcahy can no longer afford to be there. “I’ve not made a dent,” she says of this artistic stagnation. “Now, I’m faced with the rest of my life.”  This includes a necessary hip replacement surgery. “I’m exhausted and have been in pain for six years.”

She relates to a recent article in Dance Teacher Magazine about Edward Villella stepping down as Artistic Director of the Miami City Ballet—Villella and Mulcahy are former colleagues. Villella is quoted as saying, “When you are dealing with a community that doesn’t have enough exposure, interest and support, it’s exasperating, and you feel like you have not fully done what you started out to do.” He continues that he could never get Miami to “speak his language.” This is how Mulcahy feels—she cannot get Helena to speak her language. 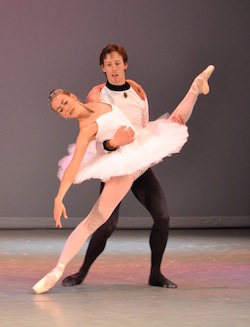 What’s in a name?

The final straw in Mulcahy’s financial woes materialized in a battle over the very name that gave the company more national recognition. In March 2010, Mulcahy and Russell rebranded the 17-year-old company as Ballet Montana. This ignited a legal dispute with Bozeman-based, student company, Montana Ballet Company (MBC).

According to an article in The Bozeman Daily Chronicle, MBC’s co-chairman Dean Derby asked Montana’s Secretary of State to force Mulcahy to change the name, claiming the companies were too close geographically and too alike in their offerings to share such similar names. He said the names generated confusion and stated, “We are the premier ballet company in the region…It’s our name.”

The Secretary of State sided with Derby, but Mulcahy appealed the verdict. She argued there was a gross misperception of the situation. A nonprofit, summer company composed of professional dancers was the only one of its kind in the entire state and, thus differed greatly from a student company.

For over two years, Mulcahy was caught in the throes of this contest. At first, she didn’t want others to know about it; she was embarrassed. “Ballet dancers are brought up to be obedient and one of our greatest desires is to do everything right,” she explains. “The response to this name change felt degrading…like people thought I was doing something wrong. It turned into a deep, personal crisis.” – Mulcahy was heart-broken. 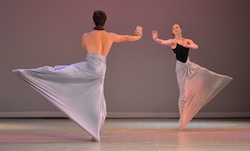 In Helena, there appears to be a lack of understanding about what constitutes professional dance. By definition, to be a professional means to be an expert in a specific field and to receive monetary compensation in return for this expertise. Russell believes the state would have ruled differently had there been a more accurate perception of this.

Russell has seen how Ballet Montana can elevate its dancer and patrons. Yet, he understands that people in this country don’t always see the relevance of ballet. Unfortunately, the push to educate audiences otherwise became a loosing battle.

Unlike many other directors, Mulcahy takes the time to fine tune dancers’ technique and artistry. For six weeks, she trains, choreographs and rehearses an ensemble of 10 to 12 dancers, culminating with a weekend of performances at the Myrna Loy Center for the Performing Arts. She has inspired many to keep dancing and cherish their individuality.

Ballet Idaho member Nathan Powell spent five summers dancing in Helena. He claims he made some of the most significant progress of his career there, including receiving the opportunity to choreograph. Another five-year veteran, Company C Contemporary Ballet dancer Megan Steffans, struggles to find the perfect words to sum up her experiences. “What [Mulcahy] created wasn’t just a place for dancers to keep in shape during their offseason, but truly a home for us to grow as dancers and individuals,” she says. Steffans also comments on the lifelong friendships she’s gained—many of the dancers stay in touch, even if they don’t return for subsequent summers. 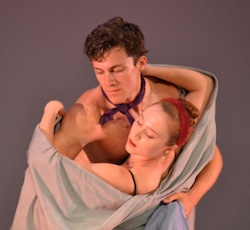 Dayton Ballet dancer Halliet Slack calls Mulcahy “the ballet whisperer” because of her ability to draw the best out of everyone. She adds, “It takes someone truly gifted and special to be able to reach a dancer the way she does.” Slack says her summers with Mulcahy are “the most beneficial happenings” of her career.

Rochester City Ballet dancer Jesse Campbell found Ballet Montana after dancing with Slack in Dayton. His summer in Helena was challenging, but changed his perspective on ballet for the better. “[Mulcahy] teaches ways to become a full person, a complete artist,” says Campbell. He explains how involved pre-professional training can be, but when a dancer reaches the professional level, one is often left to his or her own devices—not the case in Montana.

Campbell was unsure about his voice and abilities as an artist. “Prior to last summer, I think my dancing was affected by insecurity and confusion,” he says. His time in Helena gave him “a clear picture of my abilities and potential”—a common theme for many of the dancers.

Powell thinks “the balance between the creative atmosphere and the serene surrounding” is what makes Ballet Montana so special. Campbell adds, “There are few artistic directors or teachers in the ballet world who are as invested in the success of their dancers or uphold the integrity of the art form as high as she does.”

Mulcahy promises this is a hiatus and not ‘the end’. “Love is still pumping in my veins,” she says. “I want to get back out there and work again.” For now, Mulcahy plans to take time off to heal her body and spirit. While it’s unlikely she’ll return to Montana, her official nonprofit name is Ballet M, Inc.—could Mulcahy rise like a phoenix and resurrect her impressive portfolio of repertoire as Ballet Mulcahy? Only time will tell.