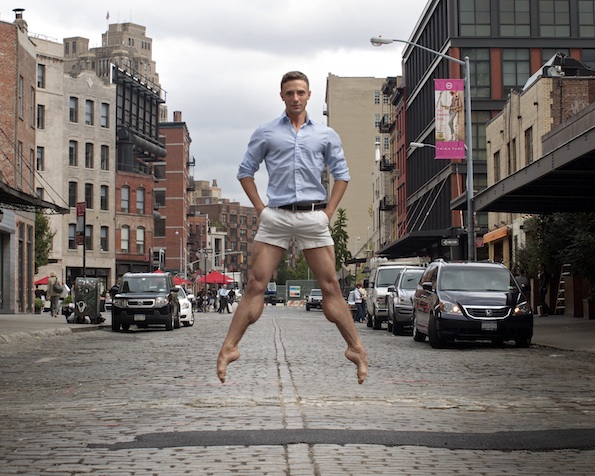 Each year, hundreds of dancers move to New York City from all over the world to pursue their ‘Big City’ dreams. Whether that means performing, choreographing or teaching, a move to New York is just as individual as each dancer who has done it. Dance Informa got the scoop from four dancers who live and work in NYC. They may have had their entire lives to prepare for this or, maybe, just four days, but one thing is for sure – they are all determined to forge a career in dance on their own terms. And, what better place to do it in? Remember, if you can make it here…

“My move to New York City was progressive. Right out of college I moved to Philadelphia with Sarah Konner, my collaborator who I meet at the University of Michigan, with the idea of moving to a city that had a dance community but wasn’t New York City. We did it for a couple different reasons, but Philly was convenient because it was so close to New York. We could visit friends or go to any auditions we thought worthwhile. I didn’t find work in Philadelphia, in any field – dancing, coffee houses, administrative work, nothing. One weekend in April I was commuting to New York for a rehearsal with my old professor, Amy Chavasse, when New York-based company Shen Wei Dance Arts happened to be holding auditions that I was able to attend. 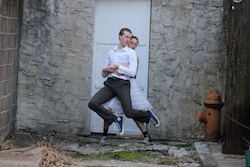 To my surprise, I was one of the five men selected for the Metropolitan Museum performance, and so I found myself commuting from Philly to New York for weeklong chunks, couch hopping at my friends’ apartments. Soon after that project was over, I was asked to do the next project, so the commuting in weeklong chunks continued. I still wasn’t finding work in Philadelphia, but the rent and living expenses were so low that the occasional week long chunks of rehearsals were sustaining me. I however hated commuting by bus and felt guilty for taking advantage of my friends’ couches, so, after living in Philly for more than a year, I decided to finally move to New York. Both of my roommates joined me in the move, and our first New York apartment was a 15 minute walk to the last stop on the 4 train in Crown Heights, Brooklyn, with all three of us sharing a one bedroom. In comparison to Philadelphia, I moved knowing the city, having two jobs and plenty of people I knew and trusted. New York was easy.

My first months in New York provided a valuable lesson in quality versus quantity. We all know that New Yorkers (out of necessity) tend to lead fast-paced lives, but over my years in the city, I’ve actually seen that sense of hurriedness translate into some of the work seen on the New York stage. I don’t believe this phenomenon is the fault of choreographers, dancers or artistic directors. There is no question that the talent in the Big Apple is top notch – but with scarce rehearsal time and funding cuts running rampant many performances are like the lives of New Yorkers, rushed to the limelight not fully prepared. With that said, I truly think that if freelance artists, particularly choreographers, stick to their artistic ‘guns’ when they arrive here, and work their best to think outside the box and not sacrifice their art for the sake of time or money, the work produced will ultimately have huge personal and artistic pay-off.

Living here has taught me that your resume, as wonderful as it may be, will only get you so far. Dancers should immerse themselves in the scene and get their faces out and about as much as possible! By networking, you can also offset some of the jitters that inevitably set in during your first weeks and months in New York. It is not an easy task in this city of twenty-seven hour workdays and eight-day workweeks, but it can be done! 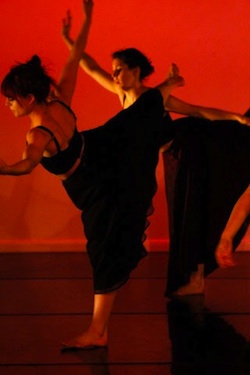 I forever maintained the idea that I would move to a closet in Manhattan and sacrifice an ample division, if not an entire lifetime, to what I considered a ‘career’ in dance. What that actually necessitated however, eluded me until only recently. In an improvisation class seven years ago, Miguel Gutierrez once said to us that rather than focusing on bulking up your performance resume or devastating your self-worth as a dancer by attending auditions for companies that are considered ‘successful,’ as a true artist you should catapult all of your efforts and passion into projects that you find genuinely artistically satisfying regardless of their value on the ‘success scale.’ It was only after moving to Manhattan with fifty dollars and a few dancing friends that I discovered what having a career in dance actually meant. I was genuinely surprised to find that through a part-time job at a respected gym I could launch myself into the career even Senior Seminar for your typical BFA student couldn’t prepare me for.

By obtaining the Certified Personal Trainer certification through the National Academy of Sports Medicine (NASM) and being able to afford a trainer who is equally dedicated to physically enhancing my performance as passionately as I am, I’ve been able to devote a thousand percent more as a dancer (now well-conditioned and injury-free) to Rebecca Sproul, who I have been loyally dancing for since my first year of college in 2007.

With the time and facility these combined efforts provided, I found myself available and lucky enough to be a part of the choreographic process in recent work as a new member of the BARKIN/SELISSEN team. This snowball-effect of equally complimentary circuiting hard work and discovery is how I define a true career as a dancer. 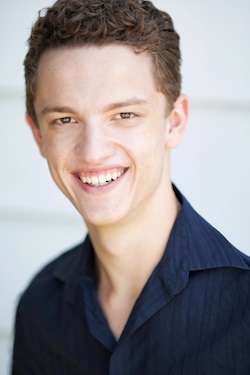 Iain Young
‘Henry’ in the Broadway cast of Newsies

I had a good idea that I wanted to live in New York after I spent a summer there for the Juilliard Summer Dance Intensive. It was always my plan to be in New York for my career.

After getting the call for Newsies I had only four days to pack up my life in Michigan and learn to live on my own. After traveling to New York many times for dance competitions and training intensives, I thought I had a pretty good idea of what life here would be like. I may have been wrong. Nothing can prepare you for everything that the city brings to the table. You have to learn to take care of yourself and manage your time in a whole new way.

Coming from living in suburban Michigan, the biggest change for me was the commute. Having a 20-minute subway ride both ways to work was a huge change from my past 5-minute car ride to the dance studio. Your body and mind are always on alert when you’re out in the city. For me, this means that I have to give myself more time to relax at the end of the day before trying to sleep. On the positive side, there is everything here that you could ever want. You need something, you can find it in New York. I certainly love the amount of places that will deliver you food whenever you need it!