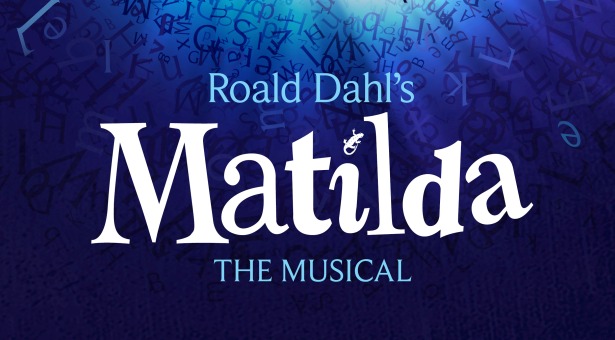 Spring is in the air and with that comes many things: warmer weather, spring cleaning, flowers blooming, a budding love interest (or, maybe I’ve just been watching too many romantic comedies). However, the spring season always means an unusually busy New York City performance calendar. From uptown to downtown, the dance geek in me is reeling with a certain type of joy this time of year brings – dance shows galore! Whether you’re a Broadway lover, a renegade ballerina or even a budding neurologist, the next couple of months have a little something for every dance lover out there.

Below is a list of the top five events I am most looking forward to, in no particular order of course (who could choose?!). Catch them while you can…the light breeze of the spring air has the summertime heat hot on its heels and these performances will be gone with the wind before you know it!

Matilda The Musical at the Shubert Theatre, previews began March 4

Roald Dahl’s famed children’s book finds a life beyond the page this month on Broadway. After a wildly successful run across the pond at the Cambridge Theater in London, the sprightly bookworm finally makes her way to The Big Apple. This electrifying interpretation of Dahl’s signature story, with music written by Dennis Kelly and original songs by Tim Minchin, is already an early favorite for this year’s Tony Awards. Better yet, the inimitable Peter Darling (Billy Elliot, anyone?) brings his signature rhythm and flair to the choreography, having won last year’s Laurence Olivier Award for Best Theatre Choreographer. Plus, I hear there are some pretty outrageous costumes involved. Sounds like a very new spin on an old favorite and I cannot wait to see it! More information can be found at http://us.matildathemusical.com.

In a month-long stretch of back-to-back dance performances, the 92Y brings in contemporary dance’s gentle giant, Doug Varone, to curate a selection of today’s most innovative and thrilling artists. This festival is wonderful. Not only does it take place in the vast expanse that is Buttenweiser Hall, but it seems like a reunion of sorts in the way Varone is bringing his peers together for such an exciting performance series. Let the dance community rejoice! Varone’s company of physically luscious movers kicked off the festival on February 22 and upcoming highlights include the zany theatricality of Faye Driscoll (March 1-3) as well as the purely constructed work of Liz Gerring (March 8-10). All information, including a full calendar of events, can be found at www.92y.org/HARKNESSFESTIVAL.

In its inaugural year, Live Ideas will host a five-day festival exploring the mind-body connection through the work of acclaimed neurologist and author, Oliver Sacks. Through a series of panel discussions, film screenings and live performances, ideas surrounding the physical and environmental pressures against the human body will be the focal point. Sacks’ work illuminates his range of interest, from weightlifting to stereoscopy, and for the first time, the myriad concepts behind his neurological practice will be displayed in this public forum. With discussion topics ranging from “The Natural World: Ferns, Cycads, and Cephalopods” to “Minding the Dancing Body”, this intriguing convergence of art and science is not to be missed. The best part? Many events are under $20 and some are even free! More information can be found at www.newyorklivearts.org/liveideas.

Dancing the Gods: Nrityagram’s Surupa Sen and Bijayini Satpathy at the Skirball Center for the Performing Arts, April 6-7, 2013

Surupa Sen and Bijayini Satpathy make a rare New York appearance with this magical and transformative performance of Odissi, the oldest classical dance form in India. Co-presented with the World Music Institute, the women will display this statuesque and emotionally-driven dance form in a series of solos and duets. Both principal members with India’s famed Nrityagram dance troupe, the women bring years of experience to this awe-inspiring style of dance, one that is rarely seen on the American stage. Tickets are bit pricier than my other choices but I think now you understand why. More information on this all-too-short performance run can be found at http://nyuskirball.org/calendar/dancingthegods.

The end of summer seems like a far cry from the brisk winter we have been experiencing in New York City lately, but The Joyce Theater is offering something different for the ballet lovers out there, and rightly so, since most ballet companies take the summer months off. Highlighting ballet companies that are working outside of a traditional large company hierarchical structure, the six companies of Ballet v6.0 represent a range of styles from across the United States. Troupes to look out for include the edgy and experimental BalletX from Philadelphia (August 6-7) and the contemporary athleticism of Company C from Northern California (August 9-10). For more information and the full line up visit www.joyce.org.