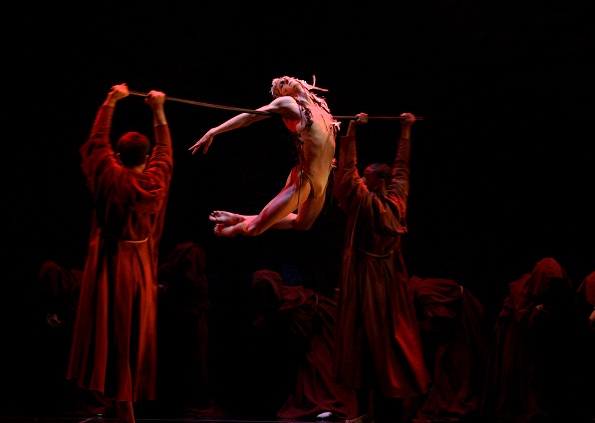 Veteran company member Brian Wallenberg recently danced his last performance with Atlanta Ballet after joining as an apprentice in 1998. Significantly, his last role was the same as his first, playing Jonathan Harker in Atlanta Ballet’s Dracula, choreographed by Michael Pink.

“It feels like the right full-circle experience and that’s what I want in life – for everything to come to a nice conclusion,” Wallenberg said in a phone interview between rehearsals and errands in early-February. “So this is basically the perfect end of an era for me.”

Wallenberg, now 35 years old and known for his quiet strength and seamless grace, was a late starter in the dance world. He didn’t begin dancing until age 16, and only started because he wanted to act on Broadway and reasoned he might need some dance training.

“I started dancing in Victoria, Texas with a woman named Debbe Busby. She taught me great basic ballet technique. It was pure classical ballet and it helped me get a good base,” Wallenberg recalled. 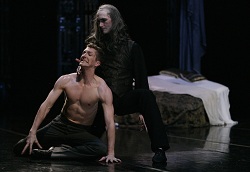 From there his interest in ballet only deepened. After training for only a year, he was invited to attend Houston Ballet Academy, under the direction of Ben Stevenson and Clara Cravey, where he took as many classes in ballet as possible. “I was learning and absorbing as much on ballet as I could. It was a very intense period in my training, but it was good because I learned so much,” he said.

When reminiscing on the path that led him to Atlanta Ballet 15 years ago, Wallenberg noted the importance of networking in the dance world. For him, the connection to Atlanta Ballet came through a ballet teacher.

“My ballet teacher in Houston knew one of the ballet mistresses in Atlanta. So my teacher contacted her, I came to audition in Atlanta and I got the job right away,” he said.

“My image remains vivid and fresh of Brian the first day he joined us. Naive exuberance filled with the anticipation that an adventure was waiting just for him,” McFall reflected. “I think after a few weeks he realized that to reach the zenith of that adventure it was going to take an extraordinary effort. His was a compelling and virtuoso process that spirited him to the top.” 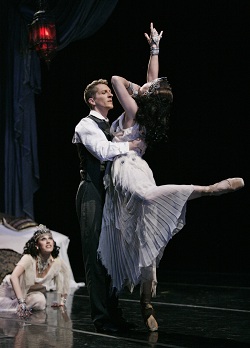 Through the years, Wallenberg climbed the ranks in the company and performed many soloist and principal roles. Some of his favorite roles were Peter Pan in McFall’s Peter Pan, Waltz Boy in George Balanchine’s Serenade, the Roasted Swan in Fernand Nault’s Carmina Burana and of course, Jonathan Harker in Michael Pink’s Dracula.

“Doing the role of Jonathan Harker in Dracula was definitely a huge highlight. It was the first lead role I did with Atlanta Ballet and it’s one of the reasons I got hired into the company. When John McFall saw me tackle this role I was offered a company contract with Atlanta Ballet. So that is a huge, huge highlight for me… It’s such a meaty role and I’m glad I got to take it somewhere even farther for my last performances,” Wallenberg said.

While most dancers dread the end of performing due to career uncertainties, Wallenberg said he is “looking forward to having more freedoms” and his life “shifting in good ways.” Instead of completely leaving Atlanta Ballet, he has been asked to stay on as the Social Media Coordinator and Videographer in the company’s Marketing Department.

This career development began after he started teaching himself filming and editing skills a few years ago. Soon thereafter, he started a video production company titled “Saturnblu Productions” with a focus on filming dance.

“A few years ago I started spending some serious time thinking about what was next in my career. It was very important to me to find something else I could be passionate about. The videography came out of that. To be able to work with dance on camera is the best thing ever.”

While still performing, he began working part-time in the ballet’s marketing department in 2009. By 2011, he was ready to embark on this new career full-time. He said it will be a “bittersweet” transition, but one he is ready for.

By being with Atlanta Ballet for 15 years, Wallenberg said he has experienced something few performers truly get to experience – the sense of family. Before retiring he was a part of the company’s veteran squad of older dancers, namely Tara Lee (17th season), Jonah Hooper (14th season), John Welker (18th season) and Christine Winkler (18th season).

“Every choreographer that has ever come to Atlanta Ballet has said something like, ‘Wow! You guys are really a family here.’ And it’s true. We’re really bonded. And I credit John McFall for picking personalities that really work well together that create that family environment,” Wallenberg said.

He has also been a part of the company’s recent growth and expansion, seeing the leadership change and new choreographers come in. Over the last decade he has witnessed a “solid company” become a “powerhouse.”

“It has actually been quite incredible to watch Atlanta Ballet take a new form and reshape itself. The company has grown and gotten so much stronger. The repertoire the company does now is fantastic. The choreographers that come in are world-class and they produce such amazing work… The repertoire has just gotten better, better and better,” he enthused.

Now in his new role in the marketing department, Wallenberg looks forward to sharing news about the company and its season performances. On this new chapter in his life he said: “I believe the universe opens up the right opportunities with where you need to go. I am really open to where this new career can and will go.”

McFall said it is obvious that Wallenberg “has become an advocate for dance and theater.” He added, ” In his new position as Social Media Coordinator and Videographer for Atlanta Ballet his handiwork will continue to inform and enlighten us.”

Wallenberg, even if now offstage, is certainly still someone to watch.