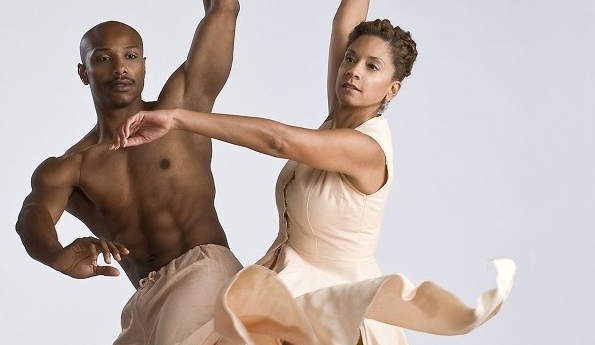 The recent onslaught of commercial dance in mainstream media is bringing more awareness to the art form in general, but its portrayal of “contemporary dance” is vague and not always an accurate depiction of the current professional dance world. Audiences, choreographers and dancers alike pose the question, “What is contemporary dance?” Perhaps what defines the genre is within the question itself, a motto that choreographer Uri Sands uses to guide his Minneapolis/St. Paul-based company, Tu Dance, through its pursuit for artistic exploration and integrity.

“I can’t say we’re just a ballet company because we’re not that. And I can’t say we’re a modern company, because we’re not that,” Sands said when asked to describe the aesthetic of Tu Dance. “I’ve had to fight through a number of labels and categories to make it in the professional world, so I try to stay away from any categorization.” Drawing on his own training in classical ballet and modern dance, as well as interactive social dances, Sands, who was born during the break-dancing era and is still fascinated by its athleticism and grace, leads Tu Dance to present innovative performances that are bigger and more diversified than words alone can describe. 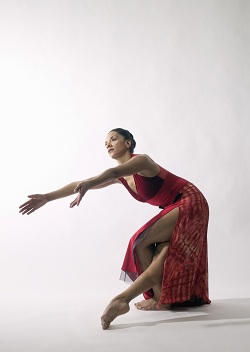 For Sands, his wife and co-director, Toni Pierce-Sands, and his ensemble of dynamic dancers, movement is a conduit for human interaction. Everything about Tu Dance—how Sands and his wife find dancers, what he looks for in dancers, the creative process, even the business side—is about the power of connecting with one another and building relationships, whether these relationships are with the audience or within the organization.

Sands, a Miami native, met Pierce-Sands in 1995 when he joined Alvin Ailey American Dance Theater. It was Pierce-Sands’ personal ties to the Twin Cities that drove them to venture to the Midwest and build the company there. She grew up in St. Paul, receiving her formal training at what is now the Minnesota Dance Institute, and often spoke to Sands about being one of only two dancers of color in the school. Upon returning to Minnesota years later, Sands-Pierce discovered the Twin Cities had changed dramatically, yet the dance scene did not reflect the same cultural growth.

Curious why the dance scene was not as diversified as its cultural surroundings coupled with Sands’ own battles of racial inequality throughout his career, had the two feeling that it was time to generate a new dance experience in Minneapolis/St. Paul—one that was diversified and engaged with the community.

The company launched officially as Tu Dance in 2004, though it had begun a year earlier as a project-based summer company with the intention to provide employment and a means to stay in shape for friends during the off-season. It was “a vehicle to explore choreographically,” Sands reflected. Additionally, it allowed the two to contribute to an art form that had greatly enriched and shaped both of their lives. 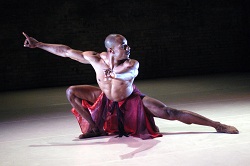 Tu Dance debuted at the Barbara Barker Center for Dance on the University of Minnesota campus. During the final piece of the evening, tornado sirens sounded, forcing the entire audience and company to evacuate to the university stairwells for safety. Dumbfounded by the reality of the situation, Sands had to venture outside to confirm the weather status.

“The beautiful part of it was that the entire audience was in complete dialogue and interaction [about the performance],” Sands said about the time in the stairwell. When it was safe enough to return to the theater, everyone reclaimed their seats and the final piece resumed. If 100 people could overlook natural disaster to see dance then Sands knew the vision had longevity.

Now the company employs ten full-time dancers, who Sands describes as “vulnerable” artists willing to dive into “deep explorations physically, mentally and emotionally.” The company doesn’t currently hold formal auditions, but rather scouts out its dancers, preferring to follow young artists as they mature.

“We can help people get the actual step. We can give them the technique, but we need to know who we are working with,” Sands said.

Both directors believe dance is an exposing art form; there isn’t much to hide behind. So, Sands explains, “I’m interested in seeing how much of themselves I am able to see through their dancing.” He’s also looking at how they interact with the people around them: other dancers, himself and the audience. For him and Pierce-Sands, it always relates back to an interactive experience of mind and body.

Administratively, Tu Dance operates as efficiently as possible so “the majority of the budget can go to the art.” Sands said he is “very conscious about limited overhead,” outsourcing most of their administrative needs to contractors in order to optimize Tu Dance’s funds. “Art is the driver,” he explains. Luckily, Sands has a multitude of marketing, financial and legal resources available to him, enabling the company to function successfully as a business. He also attends conferences and seminars regularly. “I have to have a clear understanding of how to run an arts nonprofit organization or educate myself [on it],” Sands said.

Sands sees Tu Dance as a vital part of the Twin Cities dance community, which he thinks is “pretty great, generally speaking…very rich and diversified.” And, as the community grows, he envisions Tu Dance growing with it. “All we want to do as an arts organization in the Twin Cities is to be a part of supporting what people worked for 20/30 years before we came out here,” he said ardently. Bolstering the community by staying involved, present and pertinent is not an unobtainable feat for a company of such passionate and communicative artists.

So, what does growing in the years to come mean to Sands? More touring, more weeks of work and a more fulfilling contract for his dancers are all on Sands’ wish list. He understands these things will come in time. So, for now, he claims his greatest aspiration for Tu Dance is to “continue to be leaders in dance and advocates for dance.” He wants to pay it forward and inspire future generations of dancers and dance makers. “We have a voice and perspective,” he expressed. “We just want to keep dance alive.”

For more information on Tu Dance and its performance calendar, visit www.Tu Dance.org.