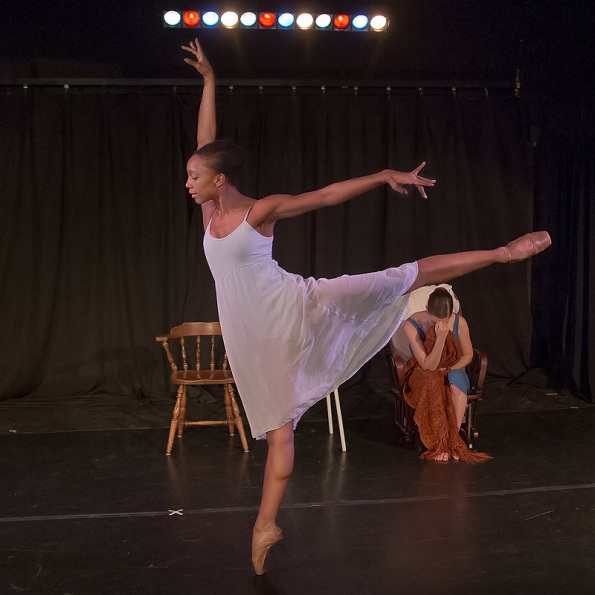 On a Sunday afternoon in a small theater outside Atlanta, the new City Gate Dance Theater Company debuted its four-member ensemble with a dramatic, heartfelt evening of contemporary and lyrical ballet.

The company was founded in January 2011 by the husband-and-wife duo Robert E. and Jennifer L. Mason. Seeking to combine “performing and visual arts, dance theater and cinema into one stimulating and timeless event,” the pair pulls from their individual backgrounds in theater and modern dance.

Holding a B.F.A. in dance from Florida State University, Jennifer L. Mason is a triple threat in the dance world: muscular, flexible and graceful. With an inclination towards drama and a knack for breathtaking extensions, she also calls upon her training with Alvin Ailey American Dance Theater with Lester Horton-inspired movement. 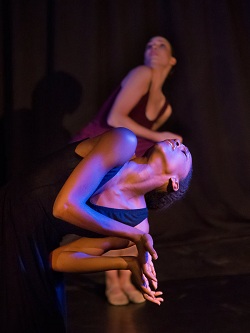 Before marrying Robert and founding the company, Jennifer danced with Urban Ballet Theater, Dance Iquail and Surfscape Contemporary Dance Theater. She has also been a guest artist for local Ballethnic Dance Company and a soloist for UniverSoul Circus. While she is relatively new to choreography, it appears she takes no dreams captive.

Her husband Robert E. Mason brings a dramatic, theatrical flair to the close-knit outfit. Also sharing instruction under Alvin Ailey American Dance Theater, he mostly received formal training with Atlanta Ballet. Recently, he was a member of New York’s Amalgamate Dance Company and he has toured with the cast of Oprah Winfrey’s National Tour of The Color Purple.

The couple’s company is clearly their love child, making evident his theater experience and her contemporary balletic style. Opening the show, the couple performed a short, yet extremely intense pas de deux.

Set to the music of Carmina Burana, the work Bold was certainly just that. Fusing solemn expressions with many jumps, lifts and tricks, the Masons exhibited their clear trust in one another. Unfortunately, the small stage size limited their ability to feel and dig into the work. The space constrictions left the piece feeling restricted and somewhat jilted. This attendee is left wondering how Bold might have appeared in a larger venue.

Yet, for all the constraint evident in Bold, the next work, perhaps the most natural and seamless of the evening, Transformed, held a graceful, freeing sensitivity. Even though more dancers filled the stage, audience members forgot about the small space and were allured into the vulnerable, aching movements.

Perhaps the most memorable image is that of the dancers pulling upon their loose dresses’ soft fabric, almost Martha Graham-esque. When pulling the thin fabric from their bodies their hips would jut out to the opposite direction and their heads would fall back, portraying a deep, burning desire to be liberated of the dresses’ emotional bondage.

Although the meaning was left broad and undefined, Transformed still accomplished an intimate rendering of the classic redemption story – women struggling, women triumphing. In the end, the dancers removed their dresses, representing their burdens, and welcomed life free of guilt and pain. If City Gate Dance focuses on this work’s vulnerability and its soft, organic storytelling, they will have a successful, relevant company that will make it through the rough economy.

Next on the bill was Loved, a humorous, albeit strange, duet. Regine Mayter, an experienced modern dancer hailing from Haiti, joined Robert for a back-and-forth love affair that first introduced him as a drifter and then as a desperate lover. Set to a montage of various love songs, the three-part work climaxed with Mason’s dramatic, gesture-heavy pleas for Mayter to come back to him. At its worse it was playing the border of interpretive dance as Mason cried and plunged to the floor with the lyrics, yet at its best, the work gave the show passion and the audience a good chuckle.

The last two works of the evening were contextually confusing, one vague and bewildering, and the other somewhat unrelated. However, the Masons managed to pull them into the broad theme of Just Be with heart and candor.

The work Fearless came first, with a contradictory and ominous underlying subtitle of “broken hearts” in the bulletin. At first introducing the recently-transformed women dancers as confident and reaching for the stars, the piece took an unexpected turn with odd adulterous sentiments and manipulative ties. While the movement was strong with smooth transitions, the context distracted from the evening’s larger tone.

The shows final piece, Healed, was a reworked dance originally performed at Atlanta-based Dance Canvas’ fourth annual showcase in January 2012. Interestingly enough, Healed resulted in death when the protagonist passes away from breast cancer. It was a touching, yet an unusual choice for ending the company’s debut performance. At once it exhibited the company’s strengths – lyrical, tender movement with strong extensions – and it’s weaknesses – the tendency to push too far for the theatrical and the predictable.

All in all, keep an eye on this company. The Masons have drive and passion that may mold and breakthrough with the times.