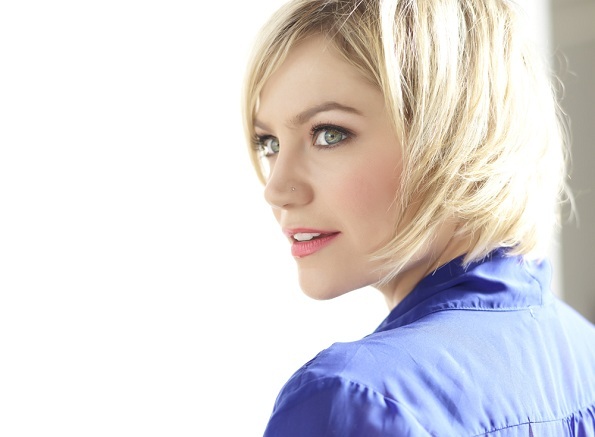 Most of America recognizes Stacey Tookey as an Emmy Award-nominated choreographer on So You Think You Can Dance. But before her moment in television’s limelight, Tookey had an illustrious performance career with Mia Michaels’ R.A.W., Parsons Dance Project, Ballet British Columbia, and Celine Dion’s Las Vegas show A New Day, among others. Because of these experiences, she recognizes how special it is to work full time dance contracts—nothing can replace the feeling of dancing and focusing solely on one’s trade all day.

A show like So You Think You Can Dance has given dance enormous pop culture exposure. However, many young dancers think this type of exposure is the only way to succeed in the profession. This fall, Tookey launches her own contemporary dance company, Still Motion. Her mission is to address this dance conundrum, providing a secure, safe environment for emerging artists, as well as a channel for her choreography.

Amidst a difficult economy with limited funds for the arts, Tookey knew starting a new dance company would be a test of her will and determination. But an undying passion for the art form and the dancers who have inspired her throughout her career guide her through any challenges and obstacles. “It’s one of those things I’ve always wanted to do,” she says. “It’s never the perfect time to [start a company], but I just decided this is it.” 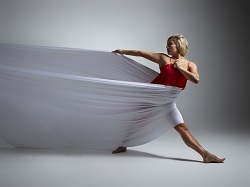 To find talent for her new troupe, Stacey held closed auditions in Los Angeles back in August. After an outstanding turnout of 95 dancers from across the nation, she narrowed the group to 16 female and 14 male “high caliber” movers. She caught the audition on film and used the footage to make her final decision.

Choosing only ten dancers from such a remarkable crop of talent wasn’t an easy task, especially since Tookey was looking for more than sound technical ability.  “[It’s] not enough to just pick phenomenal dancers…[I need] ten dancers that really mold together and inspire what you want to do,” she explained. Dancers with excellent work ethic and professionalism lend well to a safe, nurturing artistic environment to create within.

Still Motion is a full-time contract of four to five full rehearsal days per week. Each day begins with company class, ranging from ballet or modern to Gyrokinesis, and prepares the dancers for the specific day’s “creative process”. Tookey notes the artistic nourishment that comes with “having a concentrated time when you can focus on bettering yourself as a dancer…[and] the chance to sweat all day.” For a dancer, there is no substitute for either of these.

The choreographer describes her troupe’s aesthetic as a “fusion of commercial and concert contemporary dance.” She aims to show “all different sides of the word ‘contemporary’…I want people to laugh…[and] feel emotions.” Additionally, she plans to bring in various guest artists from a broad range of dance backgrounds—including Jason Parsons, Frankie Avina, and Peter Chu—in order to broaden both her dancers and audience’s perspectives.

For the company’s debut performances in November, Stacey plans to showcase deeply personal work that truly captures life’s triumphs and tribulations. “You have moments in your life that change you, that shape you, that inspire you, that crush you…whatever they may be…I want to bring those moments to life and tell a story.” It’s a thoughtful demonstration of art reflecting life, taking “memories ingrained in [her] mind…and turn[ing] them into movement.”

Rehearsals for the debut show, Moments Defined, started in late September and the company shines on the Nate Holden Theater stage in LA November 9 and 10. But Tookey believes this is only the beginning for her rising troupe. She wants to keep the momentum of the company moving forward. “You have to keep pushing the limits and having these goals,” she says. Some of her goals include having a full season with several LA shows and multiple tours each year. She envisions an artistic outlet that is completely her own, which she can “keep throwing passion into,” as well as enabling her to continue to work with intelligent, passionate dancers “in close proximity over an extended period of time.”

As Still Motion grows, she plans to incorporate the work of outside choreographers into the repertoire, welcoming any opportunity to push her dancers. “It’s about learning and sharing.” Something she’s doing a bit of herself. While she does have a production and artistic team of highly skilled individuals, Tookey confesses to being a bit of a “control freak”, and is involved in all aspects of the endeavor. “It’s my baby and I want it to be perfect.” So she’s learning a lot in a short amount of time; the crash course in producing a show only fuels her on more.

Despite her ambitions for Still Motion, the eager dancer/choreographer continues to pursue her other projects. Recently, Tookey finished out Season 9 of So You Think You Can Dance as a choreographer and has been in Toronto filming a guest spot on a television series. In addition, she continues to teach, is choreographing a brand new musical in Toronto, and—in collaboration with her husband, Gene Gabriel—Tookey writes and produces a web series about five young dancers trying to make it in New York called Chasing 8s.

No matter what she does, Tookey pours 200% of herself into it. With such an intense love for dance and dancers, as well as a clear choreographic vision, Still Motion will likely impact the LA dance community greatly, ensuring artistic growth and longevity for itself. It’s an exciting time for Tookey and she’s ready to share her prosperity with the next generation of professional dancers.

To support Tookey in her mission, visit Still Motion’s Kickstarter at www.kickstarter.com/projects/stillmotion/still-motion-presents-moments-defined. And be sure to check out www.staceytookey.com for more information on Tookey and the company.