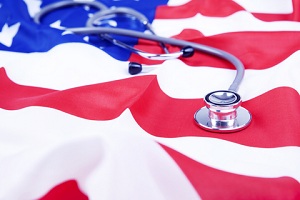 Part 2: Obama Care, What Does it all Mean?

Right now, the nation is on the brink of historical legislation concerning the American healthcare system and those in the individual market will feel the greatest effects. Consequently, staying informed on the changes within American healthcare is important for dancers. James Brown, Director of Healthcare Services at the Actor’s Fund, helps break down some of the jargon and explains how the Affordable Care Act – deemed “Obama Care” – can impact the dance community, potentially for the better.

Health insurance is an interesting American conundrum. Prior to the twentieth century, most paid for healthcare outright. As medical technology evolved, the cost of health services began to rise. Health insurance companies took form to help individuals pay for the increasing expense of healthcare. In the 1920s, problems within the health insurance industry were already emerging and, in the 1940s, the government stepped in to regulate. Ever since, Americans have been in a huge debate over how much the government should be involved; all the while, the cost of healthcare continues to rise.

Fast forward to the present and it’s still one of America’s hottest political issues. President Obama has initiated an overhaul of the American healthcare system with the Affordable Care Act. It’s a sensitive topic and many politicians and American citizens are conflicted over whether or not to back the plan. But Brown insists it’s an important piece of legislation for self-employed individuals, artists, or anyone in the individual healthcare market – even small organizations and businesses – because “almost the entire law focuses on that group.”  The goal of Obama Care is to make insurance affordable to every American, through items such as subsidies and tax credits. Additionally, the legislation ends annual and lifetime limits on coverage and pre-existing clauses – to prevent insurance companies from denying coverage. Currently, 5 states have guaranteed to issue insurance policies: New York, New Jersey, Vermont, Maine, and Massachusetts – meaning that an individual cannot be denied insurance. But the majority of Americans are subjected to the complexity and uncertainty that comes with trying to gain coverage.

As debates ensue in Washington over the final fate of Obama Care, insurance companies wait anxiously to see which reforms and exchanges will survive the scrutiny of the House and Senate. “These exchanges are insurance products to individuals and small businesses,” explains Brown. If approved, the exchanges will result in 5 different plans at varying costs and go into effect on January 1, 2014. Until a final verdict has been reached, the insurance companies are unable to create new policies or plans.

Some of this is dependent on the Supreme Court’s closely followed proceedings over the legislation’s mandate. Conservatives question the constitutionality, as well as the government’s ability to issue and enforce a mandate that requires all Americans to purchase health insurance. If the mandate is not approved, the fate of the rest of the legislation is uncertain. “Without that mandate, it’s going to be hard for a lot of these other features of health insurance law to go through,” Brown claims. “This is because that mandate brings young people into the insurance market, which is what they want in order to balance off the older individuals in it…This mandate is an important element…If it’s struck down by the Supreme Court, then [some of the proposed exchanges and reforms] will have to change.” The Supreme Court will be making its decision about mid-June.

If the mandate goes through, then Actor’s Fund will do some re-evaluating of their own services, especially in regards to the Al Hirschfeld Clinic. “The [clinic] will not go away, but its function will probably change,” says Brown. AF would consider revamping the clinic to cater towards mental or alternative health needs – essentially, health services not covered by insurance policies.

It’s a sensitive subject that’s causing a lot of dissent in American politics and amongst civilians. But, on whichever side one’s personal beliefs lie, the nation is at the cusp of a major healthcare renovation. Come January 2014, Americans will see a new direction in the country’s healthcare, but as to what exactly that means…it is still unclear.

To learn more about healthcare policies in your state visit State Health Facts at statehealthfacts.org or the Actor’s Fund at actorsfund.org/services-and-programs/.