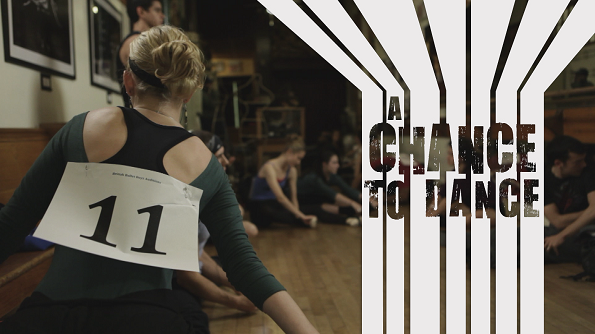 As the dance community continues to debate over how to bring dance to a larger audience, some individuals are making strong efforts to etch the art form’s way into mainstream culture. With hit television shows like ABC’s Dancing with the Stars and FOX’s So You Think You Can Dance, the average Jane and Joe are becoming interested and gaining awareness of the blood, sweat, and tears that dancers pour into the profession. Starting this summer, Ovation TV – the nation’s only “multi-platform network” devoted entirely to arts culture – is taking this cause to the next level. In collaboration with television juggarnauts, Simon and Nigel Lythgoe, Ovation is gearing up to premiere a brand new kind of dance on television experience called A Chance to Dance.

Excited to be an integral part of arts advocacy in America, Ovation’s Senior Vice President of Programming Kris Slava claims that A Chance to Dance will further prove “how art makes for compelling TV with mass audience appeal.” Slava is also “jazzed” to work with two of television’s most recognizable reality TV personalities, siting Simon and Nigel’s combined commitment to the arts and “a track record for making addictive TV.”

The feeling is mutual. “Simon and I are thrilled to be working with Ovation, a network that truly speaks to our artistic passions,” says Nigel Lythgoe. He and his son Simon have a close relationship and have been working together for over 20 years. They have already experienced huge television and ratings success with shows like American Idol and So You Think You Can Dance. Now, they plan to use their respective production companies, Nigel Lythgoe Productions (NLP) and Legacy Productions, to continue to “tap into an insatiable craving for dance on television.”

However, A Chance to Dance is different from any other dance series currently on television, offering a documentary feel versus the reality show competition formula Americans have grown accustomed to. It follows former Royal Ballet dancers Michael Nunn and William Trevitt of BalletBoyz as they audition hopeful dancers, narrow down the talent, and launch an American dance company. “The show is based on exactly what [Nunn and Trevitt] do for a living,” explains Simon.

Simon met Nunn and Trevitt a few years ago through a mutual friend, while visiting North London. He had the pleasure of observing a BalletBoyz rehearsal and says, “I knew instantly they were something very special.” And special they are…they have experienced great success around the world, but have yet to tap into American talent. The idea for the series came from Nunn and Trevitt, but incorporating the Lythgoes and their years of television expertise will surely help make the show a huge success.

Dancers audition for the company.

Every episode will be unique, showcasing the very real “trials and tribulations of forming a dance company under extreme conditions.” Viewers will witness the two work with “a limited amount of time and resources” to nurture young, talented dancers and produce a final performance.

The series starts with Nunn and Trevitt scouring the country for dancers. Dancers will go through a rigorous audition process, without the typical glamour of a series produced in a television show. If the dancers show promise in the open auditions throughout the country then they will move on to New York City, where they will be put to the test with an “intensive dance boot camp.” From this crop of dancers, Nunn and Trevitt will select twelve to perform in a finale gala, a charity event for the arts. Out of these twelve individuals, only eight will tour with the BalletBoyz. The final eight will make up the American company, which will be based out of Manhattan and perform a variety of dance styles all over the country.

Simon speaks passionately about furthering the arts in America because, ultimately, all parties involved hope to see more results from the show than merely high ratings. “Sadly in these tough times, the first thing that gets cut is arts funding. I’m hoping this show will highlight how talented American dancers are and ensure the next generation has the same opportunities for success.” Through series like A Chance to Dance, as well as organizations such as the Actor’s Fund and Dizzy Feet Foundation, Simon hopes to help the arts continue to thrive. But he also emphasizes the potential of a united front within the dance community. “Combining strategies, staying ahead of the curve, using every means possible to promote companies through new media…and old media — it’s the only way dancing will flourish. The public needs to be informed about the arts in order to watch and appreciate dance.”

A Chance to Dance will premiere on August 17, 2012 on Ovation TV. For more information, visit Ovation at ovationtv.com.