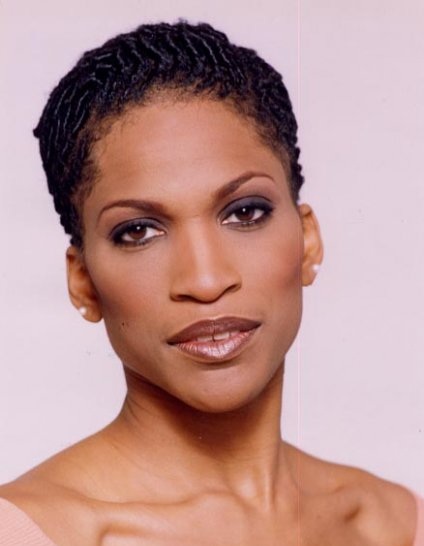 From “Baby Ballerina” with Dance Theatre of Harlem, and Broadway and musical theatre star, to master teacher and choreographer, Theara Ward is an industry powerhouse across many fields. In February 1982 People Magazine reported: “Theara Ward, 17, has a leg up—way up—on becoming the ballet world’s next Judith Jamison. At 120 pounds and 5’9″ (over six feet en pointe), the Dance Theatre of Harlem’s fastest-rising star is dazzling audiences from the White House to Covent Garden with her sensitive interpretations and remarkable flexibility.” And since then Theara has not stopped inspiring audiences and dance students, even creating her own one woman show “From The Heart Of A Sistah” which is a journey through life in poetry with music.

Over coffee in a New York café, Dance Informa’s Deborah Searle found herself inspired by Theara’s dedication to her art form and her beliefs. 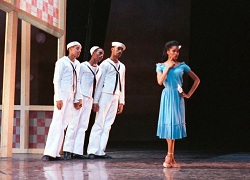 What inspires you to dance?

I think about what God’s done in my life, where I’ve been, what I’ve been through and what I’m going through. I have to express my thanks and that’s one of the ways that I express it, through dance and sometimes I sing. He gave me these different forms of expressions to use and the best thing for me to do is express them.

What inspires you to teach others to dance?

Well, I’ve been on such a journey with dance. I started dance because I loved it. I started taking lessons when I was eight and doing the ballet thing – I wanted to be a ballerina. To dream about being a ballerina as an African American in the 70’s was almost unheard of. And I wanted to dance at the Bolshoi and I wanted to study in Europe. And I did get to dance at the Kremlin and the Kirov which made history. And then I also had the opportunity to dance in Europe and study ballet there. I started my musical theater career there. Then I came back to the States and started using dance to tell stories in musical theatre. So what inspires me to teach others to dance? I take from those different seasons of my life and how they have formed my life, and formed my language of communication through dance. I see others and I want to give it to them. I want them to know that you can express yourself in this way. For some people to dance is a way of healing, for some it’s not. I’m learning that dance can even heal relationships, so I look at it also as a tool to help people. 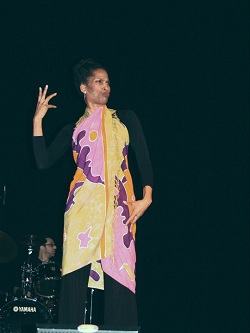 Tell us about your story.

Well that’s why you need to come see my one woman show, From The Heart Of A Sistah!

I’m going to work backwards from where I started my career for the Dance Theatre of Harlem as a “Baby Ballerina” when I was thirteen years old. My father was not very happy with that decision but if I had stayed in Maryland where I grew up I would have either been pregnant or a drug dealer, because I had that kind of mind that was just very creative and mischievous. Then I got bored with that and decided I was going to be a model, and went to Europe and did the whole modeling thing there. I then heard about Cats in Paris and I happened to be in Paris. So I got to use my voice lessons and audition for Cats in Paris, and I got it. What I didn’t know was that the producers for Cats in Paris were also the producers for Black and Blue on Broadway. They said “if you can learn how to tap in the nine months that you’re going to be away, maybe you’ll have a job on Broadway”. So I worked my little touche off.

Had you done tap before?

Not really, so I was in intense training. Even when I did the show I still really didn’t know how to do the kind of tap that was required for it. So I took tap three or four times a week, whenever I could get to a tap class. From there I ended up in Black and Blue and eventually ended up being featured in Black and Blue, which was a big deal. I started doing musical theater and did so many different shows. Then I started focusing on straight theater because I really enjoyed story telling. When I got Ragtime in Los Angeles God started to deal with me about coming away from the entertainment industry, so I stepped away for a season. A couple of years later I heard “you have to go back”, and I was like “go back for what?” Recently in the last two to three years I’ve started realising that God wanted me back in the industry to help people. And while I was making the transition I learned how to teach and I realized that that too is a gift that I have. 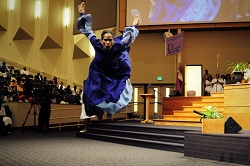 What would your career highlights be?

Do I have to say one because I’ve had different seasons? Being on Broadway was a dream come true. That was pretty major. I didn’t realize how special the timing of it was because there were a lot of old timers still alive that were innovators of jazz and tap. I used to watch video clips with Dianne Walker – “Lady Di”. She taught me the history and everybody that was a part of that show was linked to a person who was significant in the development of jazz and tap in America. I was coached by Linda Hopkins on singing the Blues. Grady Tate coached me, the great drummer. I didn’t realise just how blessed I was. Clark Terry came to one of the shows and said “Who’s that?” and he was asking about me. So that was definitely a phenomenal thing. My season with Dance Theatre of Harlem was very significant because I got to see the world. By the time I got to Black and Blue I had been to five of the seven continents. I was with Dance Theatre of Harlem for eleven years.

What advice would you give to the next generation of dancers?

I’m going to go back to a Q & A session that I heard with Judith Jamison. She was just about to step down as the artistic director for the Alvin Ailey. Miss Jamison kept saying the young people are so talented and have so much technique but they have no imagination. Miss Jamison was just saying that it’s important to take time to be creative. Take fifteen minutes of your day and get used to being silent, no iPod, no music, just silent. I’ve taken that advice and I feel that it revitalises me and builds my creativity. I would say the most important thing is to be true to who you are. It’s really easy to get sucked into mass culture. When you find really who you are, it’s very powerful. When you do things that line up with the design for your life, that’s powerful. Then you figure out what is it that you want to say with the body of work that you have – it’s your identifiable persona.