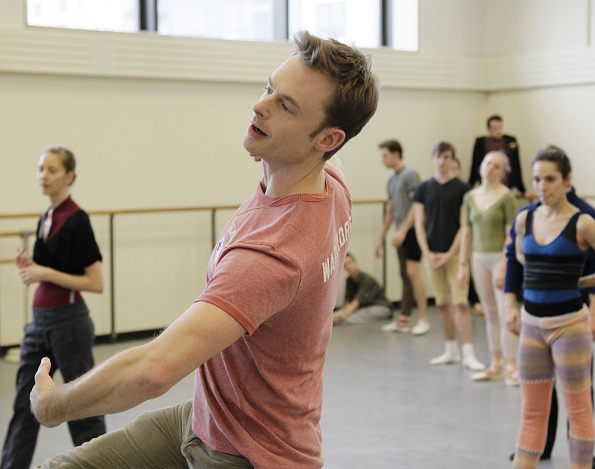 As the March Madness of the spring performance season in New York winds down, the promise of warmer weather and a small respite for my obsessive dance-going habits seems promising. I have some time to reflect on all of the amazing innovation echoing from the New York City dance community. Everywhere—from Broadway to Bowery—dance left its mark in a big way and will continue to do so through the rest of the spring season. I won’t soon forget Emily Johnson’s open, engaging performance at New York Live Arts or Batsheva’s explosive movement that filled BAM’s Howard Gilman Opera House. Though, I regret missing the magic of Wheeldon’s works on the New York City Ballet and the wonderful delicacy of Kate Weare at the Joyce Theater, I have compiled the opinions of some professional dancers to fill me in on what else I missed. It is impossible to see everything in a single season but, as the Beatles so often remind me, “I get by with a little help from my friends”. Enjoy!

“I recently saw the revival of RENT at New World Stages. This production is directed by Michael Greif and choreographed by Larry Keigwin. One of the major differences from the original is the staging and choreography. There is a lot more movement, BEAUTIFUL movement. I know the story very well, and it is traditionally told only through words and music. It was interesting to see so much dance representing major plot points [and] I really enjoyed it.”
Ryan Steele
Dance Captain, Newsies on Broadway 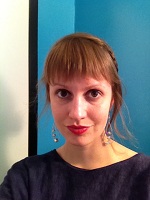 “Like many who live in New York or attend the Association of Performing Arts Presenters (APAP) I started this season with a whirlwind of performances and talks during the first two weeks of January. Some highlights for me included Beth Gill’s Electric Midwife at The Chocolate Factory in Queens, Eleanor Bauer and Heather Lang’s Trash is Fierce at American Realness, Maria Hassabi and Robert Steijn’s Robert & Maria at Danspace Project, and a panel on curatorial practice with faculty members from the Institute for Curatorial Practice in Performance. In February, curated by Ishmael Houston-Jones, Parallels Platform at Danspace Project began. This two-month series examines the lineage of African-American post-modern dance. So far there have been some amazing performances by Will Rawls, Nora Chipaumire, Owkui Okpokwasili, Darrell Jones, and others—as well as a film event highlighting footage from the early 1980s. My personal favorite was a clip of Bill T. Jones and Steve Paxton hashing out definitions of post-modern dance. I’ve been seeing a lot of performance and dance in museums this season. I loved Clifford Owens at PS1 and Sarah Michelson at the Whitney Museum. The Happenings exhibition at Pace Gallery was also remarkable. As always, there were things I missed. I regret not seeing Arturo Vidich in his Studio Series at New York Live Arts (NYLA), Clarinda Mac Low at Roulette, Levi Gonzales and Amanda Loulaki at The Kitchen and Reggie Wilson at NYLA, which I think I’m missing as I write this… But luckily there is a lot to look forward to this spring: Rashaun Mitchell working in collaboration with poet Anne Carson at Danspace Project, CATCH at The Chocolate Factory, Luciana Achugar at Abrons Arts Center, the Movement Research Spring Festival, and Eiko & Koma’s The Caravan Project at Clarice Smith Performing Arts Center (for those in the DC area).”
Lydia Bell
Development Associate at Danspace Project
Co-Editor of Critical Correspondence 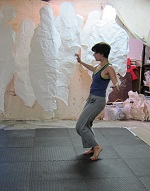 “To my surprise one of the highlights [for me] of this year’s dance season was New York City Ballet’s evening of Christopher Wheeldon’s works. The dancers, costumes, live music and choreography kept me in rapt attention till the very end. I wish I had seen Martha Clarke’s Angel Reapers at the Joyce. From what I read and was told, it was an exhilarating glimpse into religious awakening. Other dances that made my heart sing were Shannon Gillen’s Botlek [at Dance New Amsterdam], and David Dorfman’s Prophets of Funk [at the Joyce Theater].”
Trina Mannino
Dancer, Anabella Lenzu/DanceDrama
Contributor, Dance Europe Magazine and The Dance Enthusiast