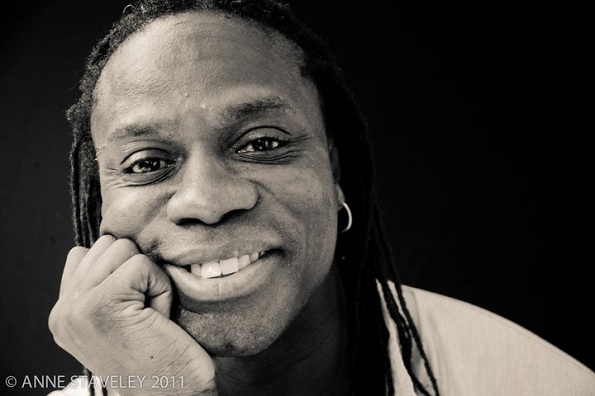 The members of Urban Dance Collective, a dance company based in Brooklyn, New York, had no idea how much things would change for them as they prepared to perform at NY’s FLICfest in January 2012 at The Irondale Center. As the dance festival approached, UDC was rehearsing its latest evening-length work, “Summer of Hate/15 Steps”, choreographed by Niles Ford, the company’s director and a choreographer who had been a force in NY’s downtown dance scene since the late 1970s. Ford was making final musical and artistic choreographic adjustments to the various solos, duets and trios within “Summer of Hate/15 Steps”, a piece, that like much of Ford’s work, speaks of social issues, this one specifically of race and media.

Royce Zackery, who has danced with UDC for eight years, recalls a morning, just days before the work was to premiere, when Ford contacted a few dancers to come into rehearsal early to learn new movement phrases to be added to “Summer of Hate/15 Steps”. Zackery says that Ford never made it into rehearsal that day, as he felt sick.

On January 14, 2012, Ford had a heart attack and passed away in his sleep at the age of 52. He would never live to see his artistic vision of “Summer of Hate/15 Steps” come to life, but Zackery and the entire UDC family ensured that Ford’s creation be represented in the best possible way and that Ford be honored for his life’s dedication to the dance community. 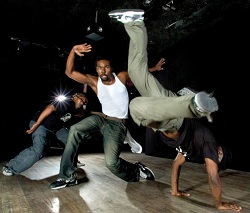 Urban Dance Collective's Royce Zackery (center) will take over as artistic director of the company. Photo by Liz Liguori

UDC’s performance at FLICfest served as a tribute to their leader. Hundreds of people came out in support, leaving standing room only, and a video montage of Ford’s work and childhood images was shown.  DJ Eddie S spun music for a two-hour dance party after the show. “Niles wouldn’t have wanted it any other way,” Zackery says.

Zackery, who will move into the director position of the company, says that “Summer of Hate/15 Steps” would have been the first work in UDC’s repertoire in which Ford would not have appeared as a dancer and that it felt strange to perform the work without him there. “Things definitely didn’t feel the same,” Zackery says, “but, to me, the bond of the company felt stronger in a sense, and has continued to be that way. We are mentally and physically connected with a heightened awareness of one another on and off the stage.”

“There was a notable hole in the theater without Niles there that day,” adds dancer Cara Robino, who has been a part of UDC since 2001. “I felt his presence before I went on that stage. The house was sold out and the energy in that theater was nothing but love for him. The amount of applause before the show almost had me in tears. The company danced our hearts out for him that night, and we will continue to do so.”

Ford fostered a sense of a supportive community during his days with UDC, a company that consists of a diverse group of people from different specialties and artistic backgrounds. Ford’s love, spirit, humor and passion definitely ring strongly through the words of his dancers, collaborators and loved ones.

“He bridged the gap between teacher and student in a way no other dance teacher had ever done,” says Robino, who first met Ford while she was studying at Skidmore College. “I hear his voice in my every movement. The decisions I make while dancing, and the way I hear and react to the music, are completely 100 percent his influence.”

“Niles championed everyone,” says Marilys Ernst, a videographer who worked closely with Ford on a few projects and who contributed the tribute video in January. “If you were in a room with him, he was celebrating you. He pushed himself and others to actualize their work and dreams. He had an uncanny ability to unleash the best stuff you had to give. He laughed out loud at you in the warmest, most loving way.”

In what seemed a natural shift for all involved with UDC, Zackery has been named Artistic Director of UDC since Ford’s passing. Zackery was already the company’s assistant rehearsal director and lighting designer, so after a series of company and staff meetings, it was unanimously decided that he would take over Ford’s role.

“I want UDC to keep growing, informing, inspiring, motivating, moving and evolving, touching people’s lives one thought, one gesture, one phrase at a time,” Zackery says.

Before UDC’s January appearance at the Irondale Center, the company premiered another of Ford’s evening-length works, “In Search of the Invisible People”, at NY’s Dixon Place to a sold-out house during a two-week run, so momentum has been building for the company.

“The standard is being set and my personal bar is very high,” Zackery says. “As the new Artistic Director of UDC, I plan to work together with the Collective to reach that bar and surpass it.”

Already, Zackery and members of UDC are preparing three of Ford’s evening-length works for future engagements, such as a performance at NY’s SummerStage, an appearance in St. Petersburg, Russia, in October, and a two-week run at the Irondale Center next April.

In order to complete and polish unfinished repertoire, Zackery, Robino and Ernst will review video footage and refer to Ford’s notes.

“I think that they owe it to themselves and to Niles to share his last incarnation of his work with others,” Ernst says of UDC. “Niles taught everyone to go for it. He would not have wanted anything to stop now. His dancers and all their supporters share that sentiment.”

Ford is survived by his wife, Jenny; sons, Isaac and Malik; his sister, Stacey; and mother, Clarice. For more information on Ford and UDC, visit http://nilesfordudc.info.