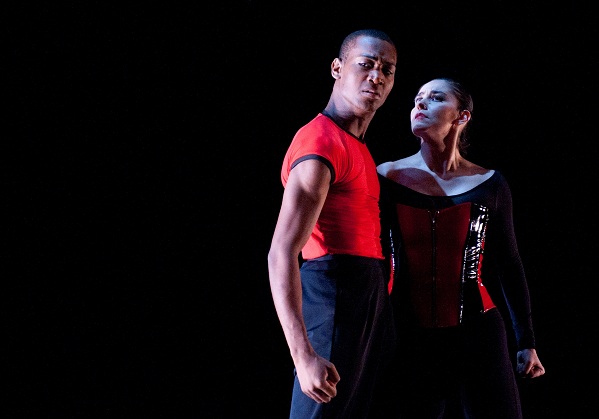 In its fourth year, The Latin Choreographers Festival is evidently evolving. This year’s program, curated by its founder and director, Ursula Verduzco (who also choreographed, danced and created costumes for pieces on the program), was expansive in its dance genre, musical choices and feel. It reaffirmed that every artist has a voice, has something to say, and should be given the opportunity to do so.

Works by 12 choreographers of Latin descent, and one by Aszure Barton, this year’s chosen non-Latin choreographer, were featured at New York City’s Baruch Performing Arts Center, a new home for the festival. Some of these names were new to me, while others I was familiar with, but in all I was greatly in awe of the choreographers’ dedication to their work and of the dancers’ commitment to it as well. 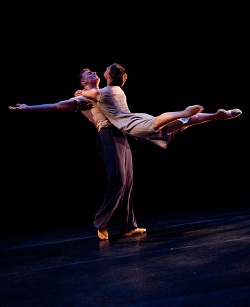 A favorite, ‘Some Day’, choreographed by Eloy Barragan, and danced beautifully by Steven Gray and Jennifer Pray, blew me away. The pull between ‘Some Day’s’ softness and passion made you feel for the couple, clad in neutral, muted tones, during their times of loneliness and of harmony.

‘Maria’, Antonia Urzua’s work, featured passionate partnering between dancers and also between music (it’s set to a fusion of Tracy Chapman and Arvo Part, which worked unexpectedly well). At one point, one dancer lifted and swung another via a back brace with handles. The characters became, in more ways than one, less attached, and it was relationship full of reaction.

Another highlight was David Fernandez’s ‘La Danza del Fernando’, a dance with a strong undercurrent of narrative story and, at times, elements of humor, intrigue and surprise. Roberto Lara made for a stunning hero, and it was nice to see Fernandez on the stage as well.

Verduzco and Fredrick Davis were technically strong and funny in gestural dialogue in Benjamin Briones’ ‘Lights On’. And Alejandro Chavez’s ‘Triangulo’, with three nearly identical men in appearance and dance style, told the story of an intense love triangle. Music by Fazil Say accompanied it well, telling the story alongside the movement, and the moments of stillness were just as powerful as the most energetic ones.

Rounding out the program was Barton’s ‘Blue Soup’, with a diverse crop of dancers from The Steps Repertory Ensemble, all dressed in business suits. The piece was smart, funny, and certainly polished.

Aside from a few awkward lighting transitions (a couple of pieces were also unfortunately too dimly lit), and a somewhat lengthy program (although I’m sure it was tough to narrow it down), Verduzco showcased a batch of insightful artists. I’m excited to see what’s in store for next year’s Festival.